THE father of missing RAF airman Corrie McKeague has shared a poignant new photograph of him and his son together during happier times.

Martin McKeague can be seen beaming with pride with his arm around his beloved son in the photograph taken back in Corrie’s teenage years.

The 47-year-old shared the image on his Facebook page last night while revealing search teams had now sifted through a “stadium-sized hole” of waste at the landfill site in Milton, Cambridgeshire, where they believe his body may be. 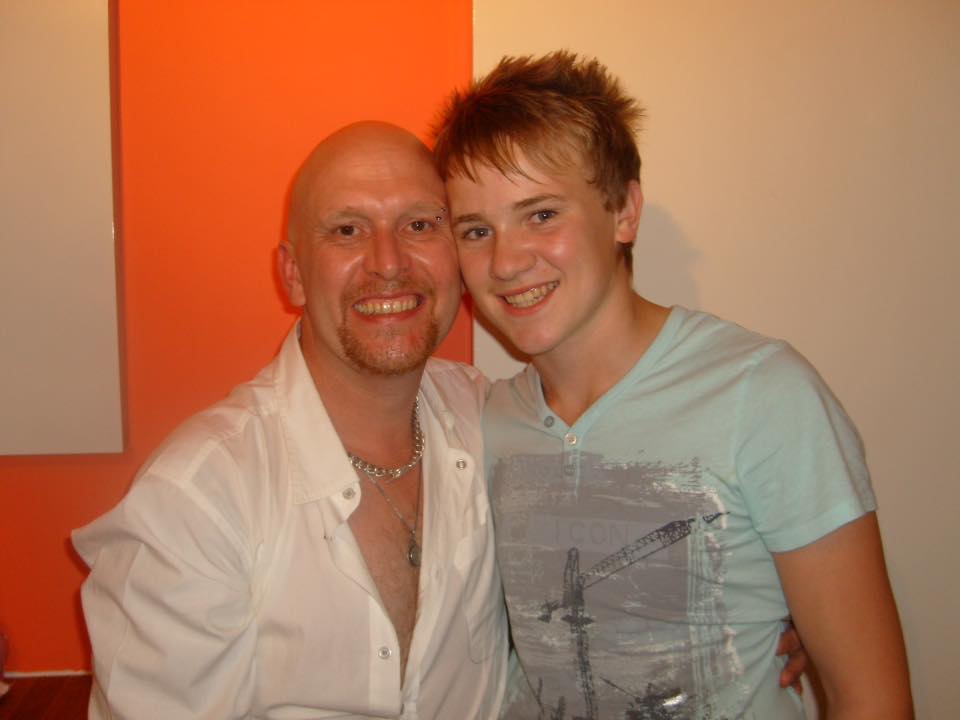 Martin, from Cupar, Fife, also took another opportunity to praise the “dedication and determination” of the search teams as they reach sixteen weeks of meticulously raking through landfill rubbish.

Corrie, originally from Dunfermline, Fife, has not been seen since September 24 last year following a night out with friends in Bury St Edmunds.

He was last seen on CCTV entering a bin loading bay and phone signals trace his mobile following the same route as a Biffa bin lorry.

On Father’s Day last Sunday, his girlfriend, April Oliver, revealed she had given birth to their daughter on June 11 by sharing an adorable snap of the little one.

Sharing an emotional update about the search on Facebook last night, Martin said: “It’s easy to forget, and it’s easy to overlook things and set them aside. Then they slip away from view.

“It’s like the tireless work and effort, and the dedication and determination that’s happening just beyond the cameras and the headlines. And all of those hours, days and weeks have now become months.

“The volunteers from the Norfolk and Suffolk police departments have sweat and toiled to move heaven and earth for us.

“They’ve raked and sifted through 80 to 90 tons of landfill rubbish each day and for the most part it’s been under the radar and all the while the excavation continues.

“I’m allowed to visit this landfill site just once each week for an hour or so, to talk to the faces I know and those I’m meeting for the first time.They tell me about their work – the search for my son. They thank me for coming here.

“It’s humbling to be told how much they appreciate a parent showing their gratitude face-to-face week in and week out. Then I watch them as they return to the now stadium-sized hole they’ve cleared.

“Those moments never leave me. They never will.”

Martin added: “Nothing has changed in the search for my son. The excavation continues.”

Corrie moved down to Suffolk to live at RAF Honington where he worked as a gunner and team medic in the air force.

He was last seen in the early hours of Sunday, September 24, after a night out in Bury St Edmunds, Suffolk.

Police specialists believe that Corrie is in a landfill site in Milton, Cambridgeshire, after CCTV footage captured him entering a refuge area behind a Greggs in Bury St Edmunds, Suffo