Houston’s concedes his budget has been reduced by that amount, with the club’s directors having to factor in that they have lost out on revenue generated by the traveling Hibs support.

Winger Alex Harris and goalkeeper David Mitchell are Falkirk’s only two summer signings as yet and Houston has warned fans not to expect an influx of new recruits ahead of the new campaign. 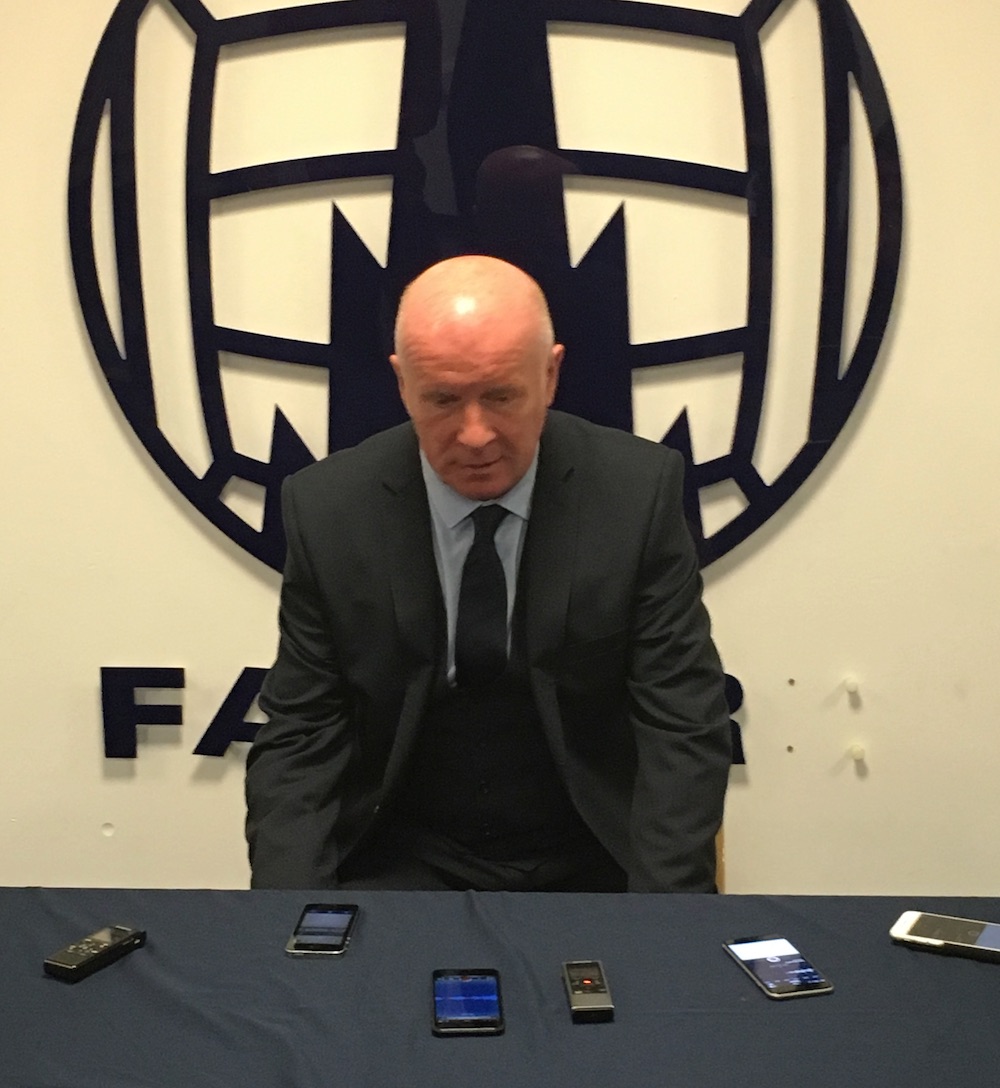 Houston said: “The big clubs are out now and we’re not going to get 3,000 Hibs fans twice during the course of the season, and that’s a big chunk of money.

“Where do you get that from? It’s from my side unfortunately.

“You can’t budget for Inverness bringing 3,000 down.

“The money that was in the budget last year has to be found from somewhere, that’s the things that make a manager’s job more challenging.”

Houston, whose side finished runners up for the second season running but were knocked out of the play-offs at the semi-final stage by Dundee United, added: “I’m convinced the fans will be wondering where Falkirk’s signings are. I’m not saying we’re finished but there will not be huge numbers coming in.

“Even if nobody comes in there is still an opportunity for us to be challenging for the play-offs.

“This would be the best year to have a go but Falkirk has been in trouble before and the club is more important than anything.

“We have to live within our means. I will work with the board because I don’t want that to happen in my time.

“Every manager wants more players. I have got money for a player, whether it comes off or not we’ll have to wait and see.

“I’ve got funding but if there’s to be more we’ll have to generate it ourselves by maybe selling somebody – but that’s the way it is.”