The 19-year-old played as a trialist in Saturday’s 3-0 friendly defeat to Aberdeen at McDiarmid Park, featuring as a substitute for the final 10 minutes.

However, the Lytham St Annes-born youngster has penned a one-year deal, with only international clearance on the contract pending. 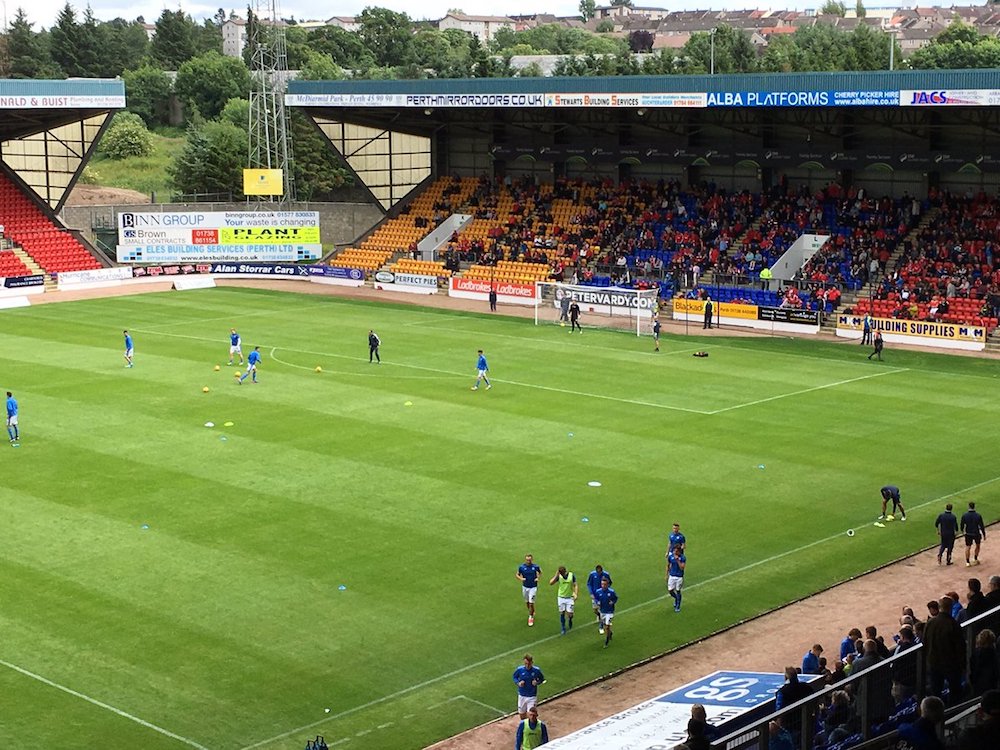 Saints manager Tommy Wright said: “Callum Hendry has signed a one-year deal. He had to play as a trialist because his international clearance wasn’t through.

“He looked okay when he came on. He’s certainly got a good leap on him, which is probably from his dad’s DNA!

“He’s a young player who had an injury, which I think has hampered his career.

“But he’s fully fit now and he’s got a chance to make a career for himself.”

Meanwhile, Wright was happy to be able to give a handful of first-team players and some youngsters a run-out against the Dons, despite the defeat.

The Perth outfit are gearing up for the return leg of their Europa League clash with Lithuanians FK Trakai on Thursday after their 2-1 defeat on home soil.

Wright added: “It was a worthwhile exercise. With a very young team out, they’ll learn from that, particularly the first-half experience, against the likes of Adam Rooney, Ryan Christie, Graeme Shinnie, Kenny McLean.

“It was a really strong Aberdeen side and I was pleased with how a lot of them did. It certainly served its purpose from our point of view.

“Chris Millar, Murray Davidson needed game-time. Stefan Scougall we wanted to play for a wee bit longer, but he got a knock on his ribs the other night.

“But he got 60 minutes and that’ll put him where we want to be, available for Thursday.”