GRAEME SHINNIE reckons the capture of Shaun Maloney can help Aberdeen become even better this season.

The Pittodrie skipper is aware that the departures of Ryan Jack, Niall McGinn and Jonny Hayes leave question marks over the Dons’ ability to maintain their position as the best of the rest behind Celtic.

But the 25-year-old is thrilled with the impact made already by new signings Greg Tansey and Greg Stewart, and the lift provided by Derek McInnes’ decision to knock back Sunderland. 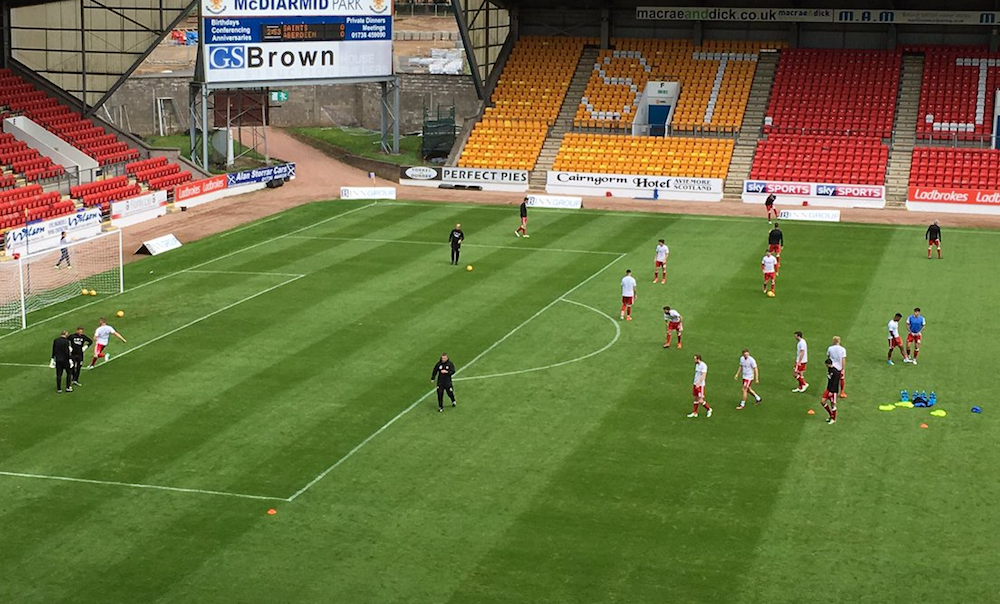 And, with confirmation of Maloney’s arrival on a one-year deal expected imminently, and a bid in for Preston North End striker Stevie May, Shinnie sees plenty signs for optimism ahead of the new campaign.

He said: “Shaun Maloney is an older, wiser head that will bring a lot to the team both on and off the pitch.

“That is the type of player we want here to push us forward.

“I think at the end of the season there was a lot of talk of Jonny leaving, Ryan Jack going to Rangers and obviously the manager potentially going.

“There was a dark cloud hanging over things but when the manager announced he was staying that disappeared and the positivity came back.

“The signings have brought a massive buzz to the club.

“I am sure there are more to come. The team is getting stronger and it is looking positive.

“We could be better next season.”

Shinnie was part of a first-choice starting line-up that helped earn Aberdeen a 3-0 friendly win over St Johnstone on Saturday, with Adam Rooney, Ryan Christie and Bruce Anderson scoring the goals.

It was the Dons’ first outing as they prepare for their Europa League second round qualifier against either Ordabasy of Kazakhstan or Bosnians Siroki Brijeg, who lead 2-0 from Thursday’s first-leg.

Shinnie knows the challenge that awaits but he is adamant Aberdeen have their sights set on trying to reach the group stages, just as the club did in season 2007-08.

He added: “It would be massive for us to reach the group stages.

“It is a stage we would all love to play on. Some of the stadiums and teams you would play against if you were to make it are brilliant.

“But it is tough to get there. Our whole focus needs to be on the first game and then take it game by game after that.”