BY ALAN TEMPLE in DUBLIN

Those stunning performances came as no surprise to Smith-Brown, who – as well as being a City colleague – played alongside the waspish winger in the England youth ranks, regularly going directly up against him in training sessions. 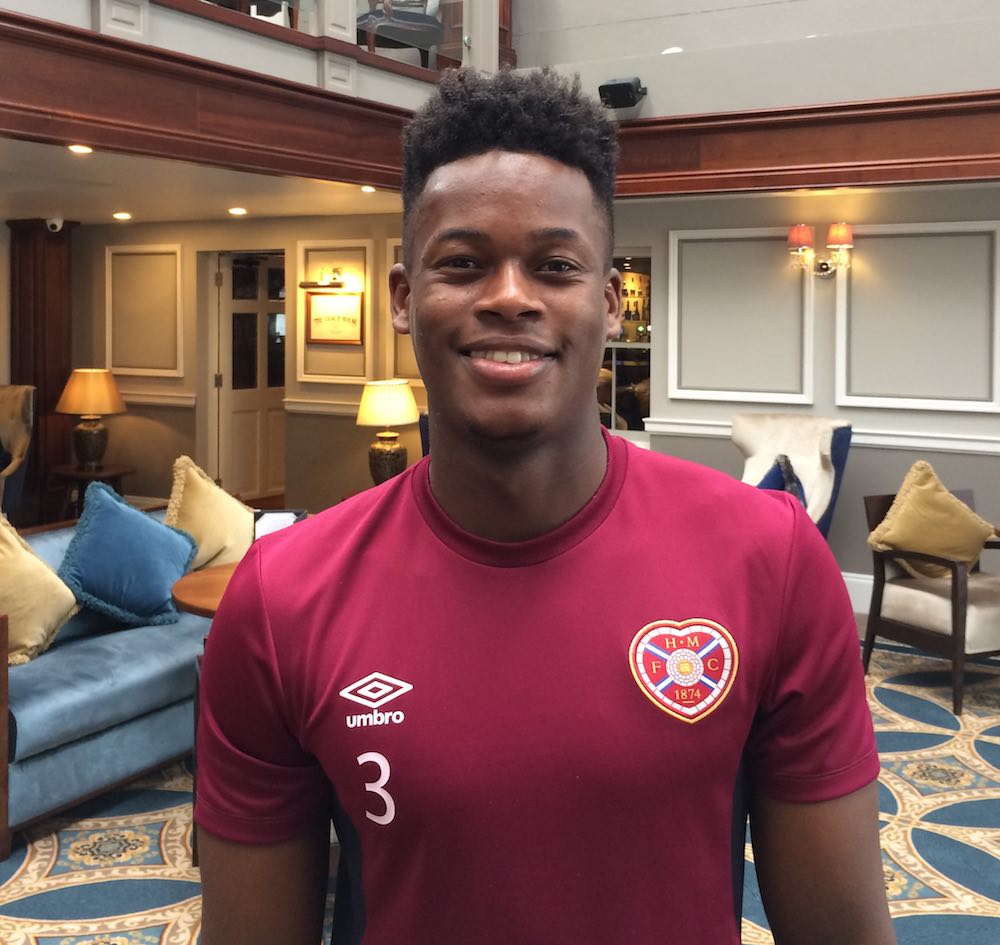 The 21-year-old wingback revealed that Roberts’ success was in his thoughts when he made the decision to pen a season-long loan deal with the Jambos.

“I played with Patrick Roberts at England youth levels before he went to Manchester City and he has gone on to achieve really good things with Celtic,” praised Smith-Brown, who is set to make his debut against St Patrick’s Athletic in Dublin tonight.

“He is a great example for me to come up here and give Scottish football a try.

“I was keeping tabs on what Pat was doing at Celtic and he was making a good name for himself. It proved that this is a good league, with good recognition. Hopefully I can do something similar.

“Seeing Pat do well at Celtic certainly influenced my decision.

“I remember playing with Pat for England, and he was playing in the year above his age group, but he was still one of our main players. He was so skilful and a real threat.

Smith-Brown is yet to turn out for Manchester City’s senior side, but arrives in Gorgie boasting a sparkling apprenticeship.

On City’s books since the age of 5, he was formerly the captain of their under-18 side which won the league title in 2013/14 and was afforded the opportunity to pit his wits against superstars like Sergio Aguero and David Silva and Gael Clichy in training under Manuel Pellegrini.

The versatile defender stepped up his development last season when he claimed promotion from the Dutch second tier with NAC Breda, and he has not given up hope of one day making the grade at City.

“We used to train in the same building but that all changed since Pep Guardiola’s arrival,” explained Smith-Brown. “The under-23s are now in the academy centre and that is designed to make you hungry to make the first team.

“But I managed to train with the senior boys before Pep’s arrival a good few times. You see the level that you need to be at to get there and it was good to train alongside the likes of Sergio Aguero, David Silva and, in my position, Gael Clichy.

“They are all top, top players. They make so few mistakes and their decision-making is second to none.

“Of course it is always going to be tough to break into any first team squad, no matter what team you are at, but you just have to keep believing in yourself.

“I wanted to come to Hearts and City felt that this was the right move for me so both parties are happy. I still have the belief that I can break into the City first team – if you do not have the belief then there is no point in trying.”

Following a memorable promotion with NAC Breda – going up via an electric playoff against NEC Nijmegen – Smith-Brown is certain he can handle the pressure of starring for Hearts at a tender age.

“There was a big party and the scenes were crazy,” smiled Smith-Brown. “They should never have been in that league and there was a real, serious expectation to get promoted.

“That will stand me in good stead now that I am playing for Hearts. I understand the demands of the club and I’m ready.”