A COUPLE celebrating their wedding day have been hilariously photobombed by a motorist driving past.

The newly wedded couple, Catriona and Jonathan Fox, were posing for a photo in front of their transport for the day when a driver appeared in his car.

As they held each other in front of the bus which they had just been on the man can be seen leaning out of the passenger side window pulling a face at the camera.

Mr and Mrs Fox continued to pose for the snap, unaware of the stranger behind them entering the photo. 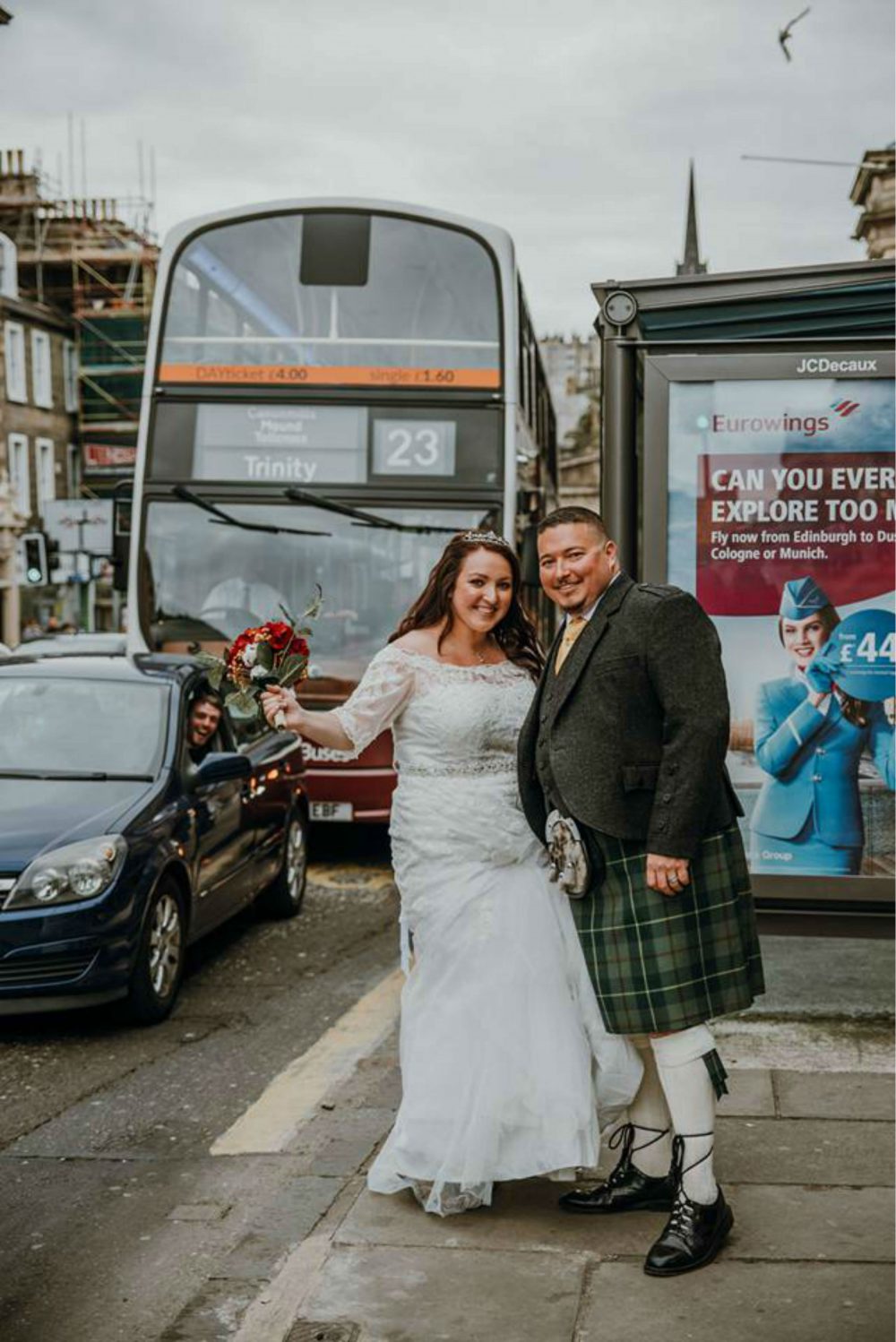 Leaning out of a blue Vauxhall Astra, the bearded young man is also seen grinning at the camera with his mouth open, just behind the bride.

The couple, from Orlando, Florida married in Edinburgh earlier this year caught the number 23 Lothian Bus to their reception venue on George Street.

Catriona, a bank manager originally from Edinburgh, said her and Jonathan didn’t even notice the photobomber at the time. 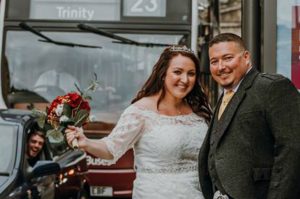 She said: “Both my husband and I got a good laugh out of it when we saw the image.

“We are light hearted people, photographer included so I think we all just rolled with it.

“We got married at George Heriot’s Chapel at which I attended school there before moving to the US with my Mum.”

The pair opted to take the bus to their reception and were accompanied by their photographer Clare Fleck, along with regular passengers using the service.

Catriona added: “The bus journey was somewhat planned. I didn’t want to spend money on a wedding car and my cousins were kind enough to pick me up in their personal car all decked out to get me from my flat to the ceremony.

“We knew we were never going to get a moment alone if we travelled in a car with others so our photographer gave us a wide berth so to speak and we hopped on the beloved Lothian Bus.

“The ceremony venue and reception venue were three stops apart so we just wanted to do something different and have a bit of fun on a bus.”

“We hopped on the 23 from our ceremony venue to our reception at The Dome thanks to Edinburgh’s finest Lothian Buses.

Commenting on the photo, viewers were impressed by the photobomber’s pose.

David Fox said: “That is so cool”