Stunning pictures have captured the 31-year-old biker performing various stunts around one of the courts at the All England Club.

MacAskill tamed up with Henman as well as former Wimbledon champion Goran Ivaniševi? and Strictly star Anton Du Beke to perform in front of the watching crowd.

Judy Murray was also on court to watch as the cycling star performed stunts around the court whilst the tennis legends enjoyed some rallies.

One incredible photo shows MacAskill cycling across the net whilst former Wimbledon semi-finalist Henman waits to return the ball from behind him.

Another snap shows the Scotsman taking off from a ramp to perform a front-flip over the net whilst the assembled crowd film and take pictures on their phones. 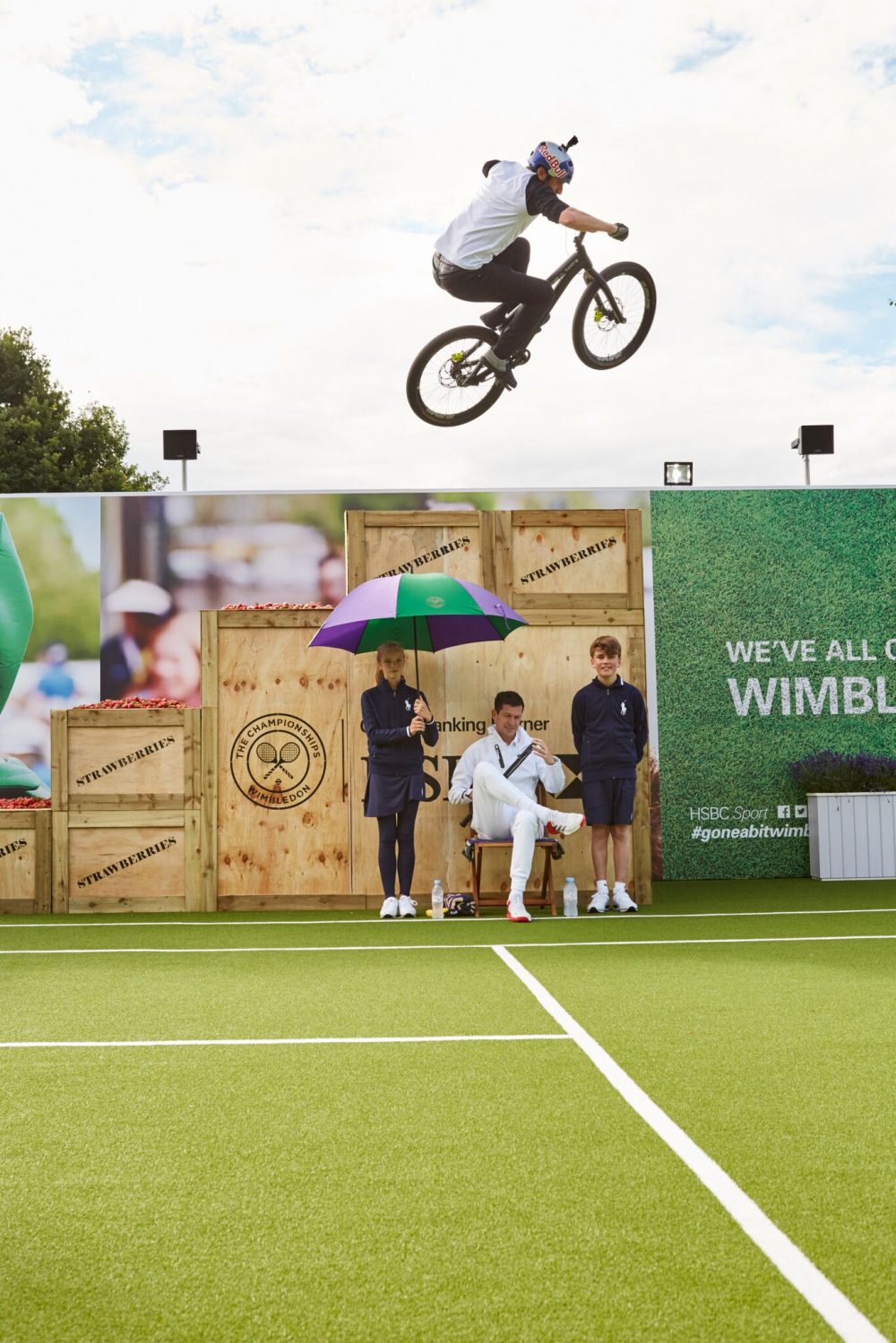 One photo shows MacAskill 15ft in the air as he leaps over Henman whilst he sits courtside between two ball kids.

A video has also recorded MacAskill cycling around the court and at one point balancing on top of the umpire’s chair, ready to jump down onto the top of the net. 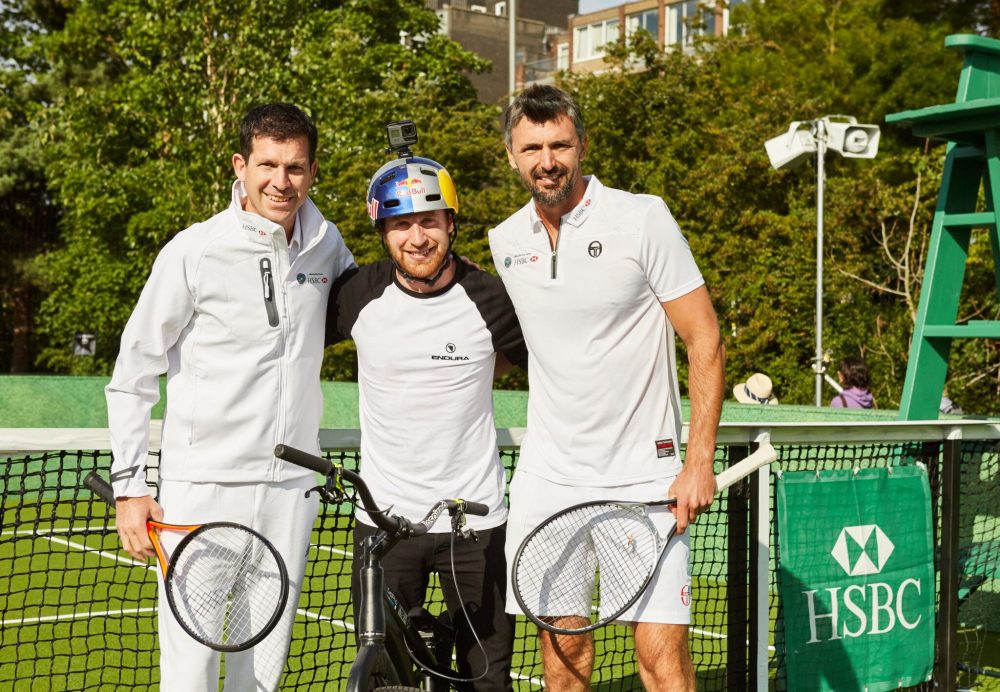 MacAskill’s fans have been quick to react to his daredevil stunts.

AJ Wilkinson wrote: “Now that is a small landing zone if you dropped onto the top of the net like it looks like.”

Janet Fairbairn commented: “The only thing worth watching at Wimbledon.”