SCOTTISH football fans are planning a special chant for the terminally Bradley Lowery during a friendly game against English Championship side Sunderland.

Footy fans from Hibs are being encouraged to chant “there’s only one Bradley Lowery” during the sixth minute of the game against the Black Cats on Sunday.

Posting a message to the Facebook page Bradley Lowery’s fight against neuroblastoma, one Hibs supporter requested that any Sunderland fans travelling to the Edinburgh side’s stadium join in the chant. 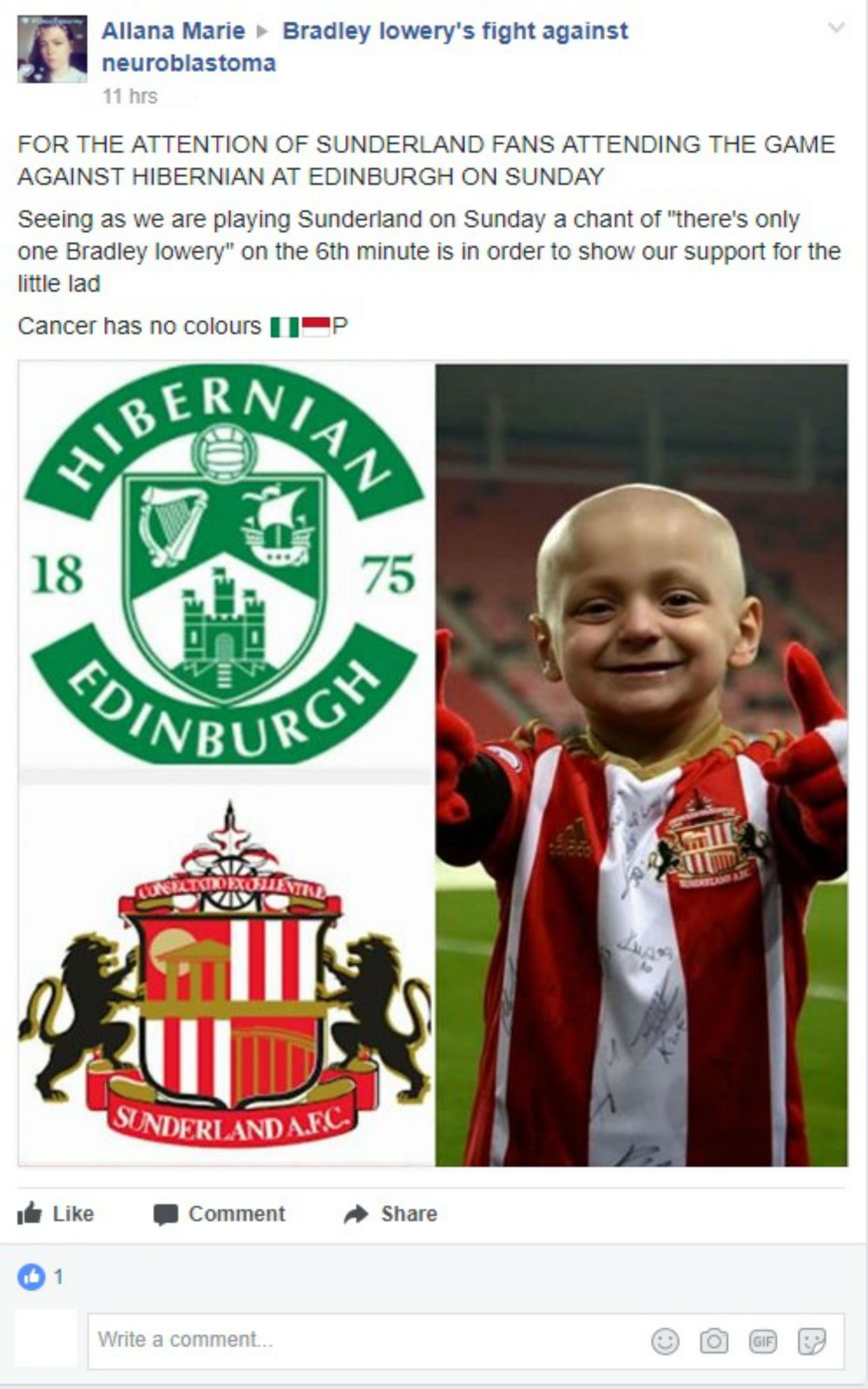 In recent days the young Sunderland fan who has the rare childhood cancer neuroblastoma, has deteriorated quickly.

The six year-old who has touched the hearts of thousands across the country is now “no longer responsive” according to his family.

The Hibs fan wrote on Bradley’s Facebook page saying: “For the attention of Sunderland fans attending the game against Hibernian at Edinburgh on Sunday.

“Seeing as we are playing Sunderland on Sunday a chant of “there’s only one Bradley Lowery” on the 6th minute is in order to show our support for the little lad.

“Cancer has no colours.”

Earlier this week, former Black Cats player and Bradley’s “best pal”, Jermain Defoe broke down in the tears as he spoke about the terminally ill fan.

The England international said: “I speak to the family every day. I was with him a few days ago and it was tough to see him suffer like that.

“He will always be in my heart for the rest of my life. There isn’t a day that goes past when I don’t wake up and check my phone or think about little Bradley.

“His love is genuine and I can see it in his eyes when he looks at me.”

In March this year, Bradley led out the England team at Wembley with his “best mate” Defoe for the World Cup qualifier against Lithuania.

Sunderland will be heading north of the border to take on Hibs at 2pm on Sunday.