SHOCKING video shows a biker thought to be travelling at up to 130mph come within inches of hitting a group of cyclists.

The bike is travelling so quickly in the clip that the number plate is too blurred to be readable.

The clip was recorded by Tarik Qirem on Sunday as he, his wife, and another rider cycled on a rural road near to the the village of Hullbridge, in Essex.

At the start of the footage, Tarik’s cycle cam shows his wife in front and within a foot of the edge of the road, with a lead rider in front of her.

Close analysis of the video suggests the biker covers up to 10 metres in a sixth of a second, based on the frame rate of the film.

That suggests a speed almost certainly above 100mph and as high as 130mph. 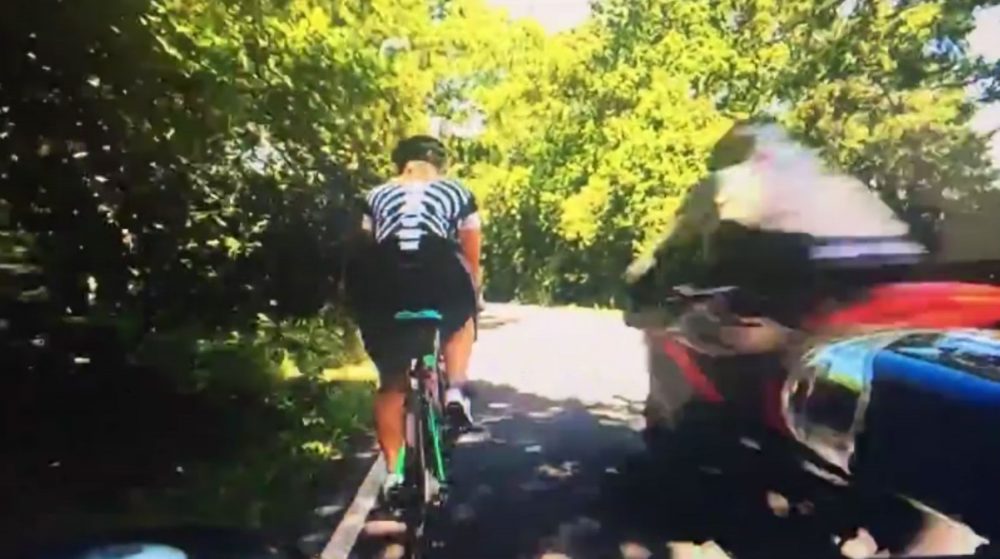 A freeze frame from the video shows the bike less than a foot from Tarik’s wife. Tarik himself claims the bike was as little as three inches away at its closest. 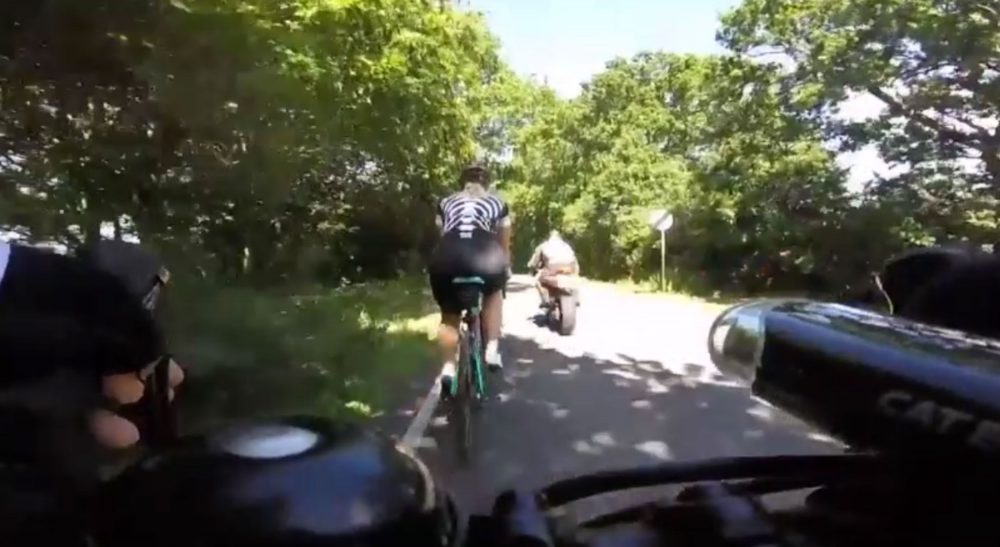