Hibs head coach Neil Lennon insists Lewis Stevenson deserves recognition for his commitment to the club – but is is adamant that today’s visit of Sunderland will not be an ‘exhibition match’.

The left-back will be rewarded for his 14 years of service to Leith outfit with a testimonial against the Black Cats.

Even though the game is a celebration of the Scottish Cup, League Cup and Championship winner’s loyalty, former Celtic manager Lennon insists the pre-season outing against the English Championship side is crucial to his team’s preparation for the new top-flight campaign. 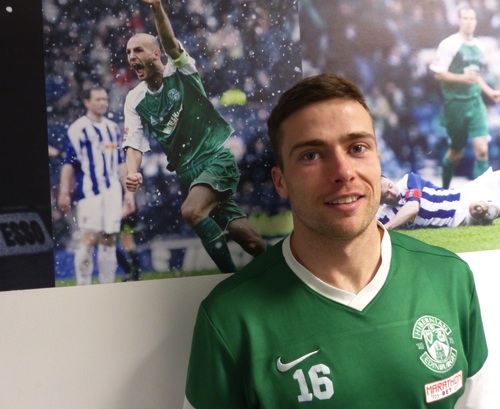 He said: “It’s thoroughly merited. It’s not often very often in the modern game that you get a player that’s been at the club for that longevity.

“He’s had ups and downs but he’s a great club man. He’s adored by the fans and I’m hoping he gets a really good turn out.

“It’s not an exhibition match, it’s a testimonial but it will be competitive from our point of view because we need the games now.

“We start the Betfred Cup next week (against Montrose) so I want to get some yards and cardio vascular into the players.

“It’s a huge step up in class against a team who were in the Premier League last year; the physicality, the athleticism and the quality of the player will be a higher level to what we played against at Dunfermline on Thursday.

“It’s an excellent test and one we’re looking forward to.”