A CLASSIC American muscle car has been transformed into a glittering rainbow unicorn to raise money in a charity auction.

The custom made 1968 Ford Mustang has been renamed “Unistang” after being donned with various upgrades, including a sparkling “unihorn”, magnetic Pegasus wings, and purple fluffy seats.

Painted in a shimmering rainbow design the unique V8 Mustang is being sold online by the auction website eBay to raise funds for the Albert Kennedy Trust. 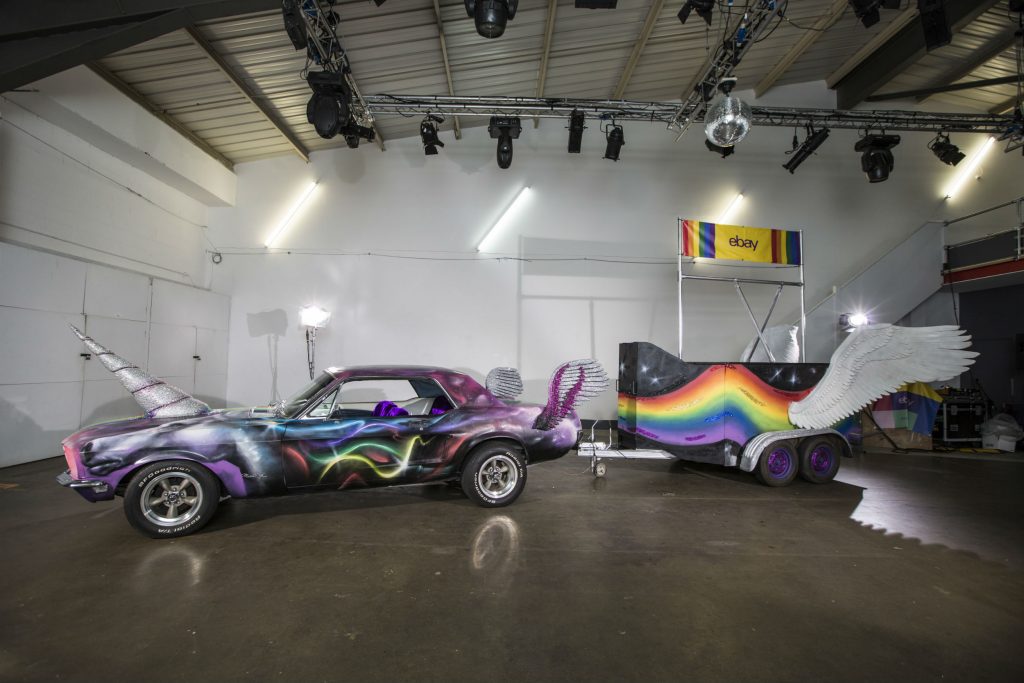 The Trust supports young 16-25 year olds from the LGBT who are homeless or living in a hostile environment.

Incredibly the restoration took just 30 days to complete and was made from parts sourced on eBay. 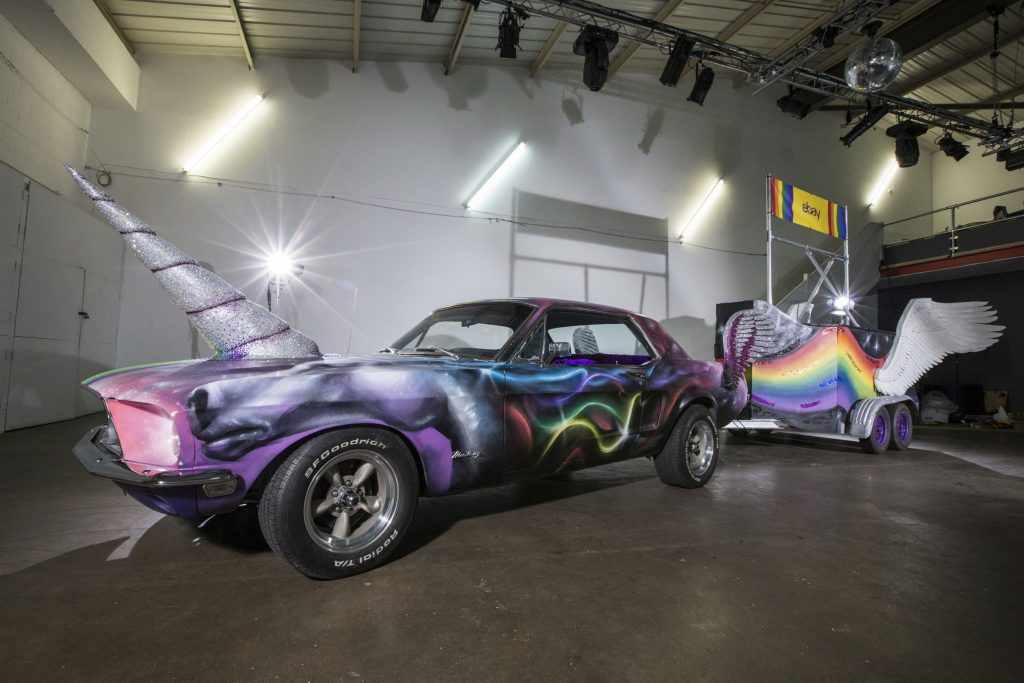 The project involved a team of five highly skilled mechanics which required just about every part on the car being replaced.

The custom paint job was created by the renowned graffiti artists Nomad Clan, but can be peeled off due to “Plastidip” vinyl undercoat.

All of the amazing modifications can be reversed if desired, allowing the new buyer the chance to return the vehicle to it’s original 1968 state.

Darren Sullivan Vince, a mechanic and organiser of the London based Gay Classic Car Group, worked on the stunning vehicle.

He said: “I’m thrilled to be part of a project that celebrates diversity, and it’s brilliant that eBay have chosen the Albert Kennedy Trust as their charity partner for this activity as I personally know friends who have been helped by this organisation during struggles in their life.” 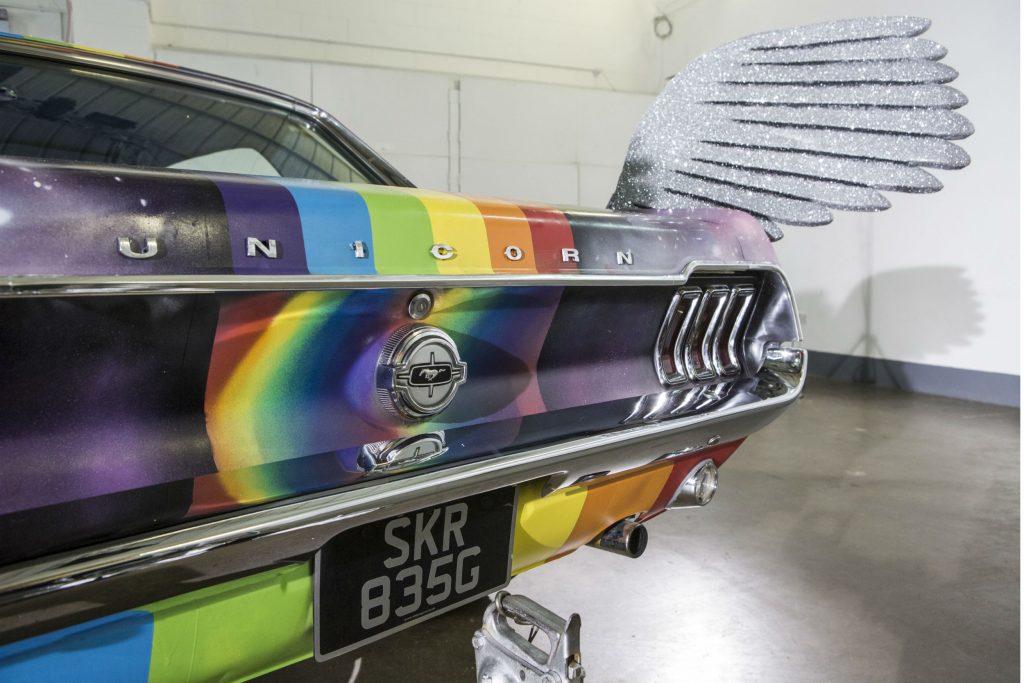 The “unistang” is currently listed with a starting price of £10,000, with the funds raised from the sale going to support 16-25 year-olds from the LGBT community who are homeless, or living in a hostile environment.
eBay spokesperson, Chris Gardner says: “At eBay we’re proud to celebrate all kinds of diversity, whether that’s the brilliant diversity of our society or the diversity available on site.

“It’s been great to be a part of this project where the LGBT community has come together for one purpose – to create this incredible unique car and raise money for a great cause.”