AARON HUGHES is adamant David Healy is on a path to bigger things as his former Northern Ireland teammate eyes a miraculous Champions League triumph over Celtic.

Healy, 37, has enjoyed a dazzling start to his career in the dugout, leading Linfield to the domestic Treble last season for the first time since 2008.

Hughes firmly believes that it is only a matter of time before suitors across the water begin to take notice of the strides made by the ex-Preston, Fulham and Rangers star.

The mouth-watering visit of Celtic on Friday night will serve as the perfect opportunity for Healy to further enhance his burgeoning reputation.

Hughes lauded: “David knows the game. I think it’s sometimes just a natural progression to management for some people, he’s always had that hunger for the game so it’s his next step.

“I think people maybe don’t appreciate just how good a job he’s done. It’s difficult to go into a club that expects trophies every year. They hadn’t been doing that – so for him to win all three is a massive achievement.

“Managers have to look after everything at that level so he’s done an absolutely fantastic job. If he has another season like that then I wouldn’t be surprised if clubs start to look at him.

“I wouldn’t necessarily say he needs a positive result against Celtic to make people sit up and take notice – the results he’s had domestically show how good a manager he is.

“But, maybe clubs from other places aren’t as aware of him.

“I’ve no doubt, regardless of the result against Celtic, I can see David going on – without being disrespectful to Linfield – to bigger things. Certainly going across the water and being poached.”

Hughes, his nation’s most capped outfield player with 106 appearances, and Healy, the country’s top goalscorer with 36, have both cemented their places in Northern Irish football folklore. 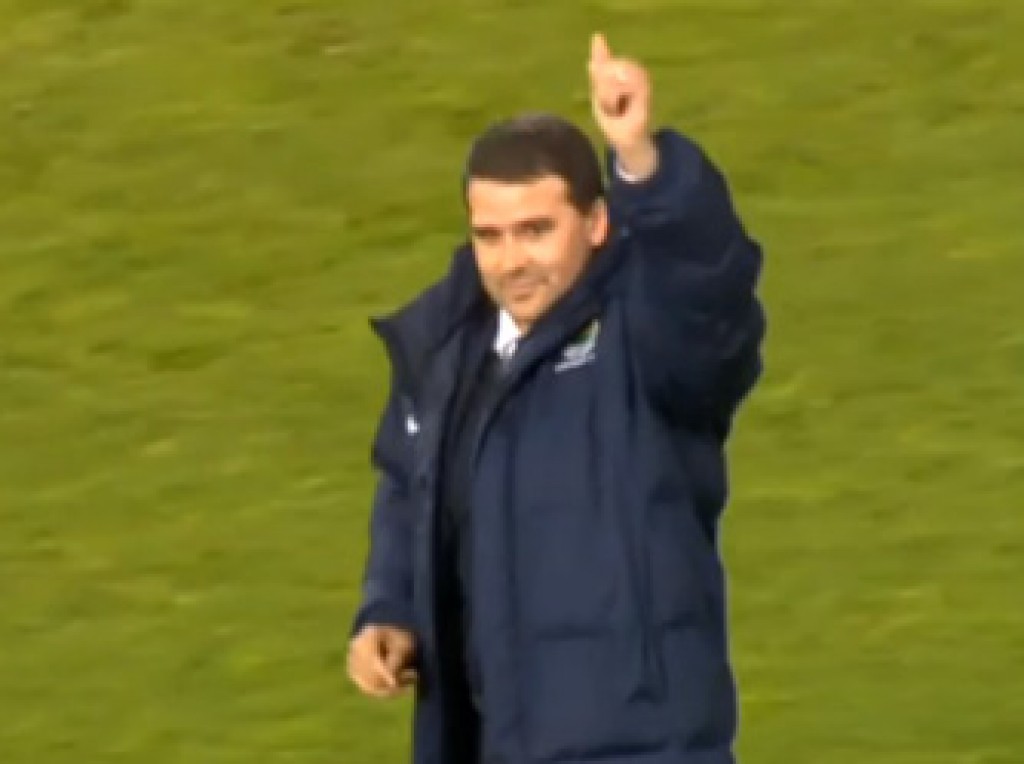 As well as starring alongside each other at international level for the best part of 15 years, they were also teammates at Fulham during the 2007/08 campaign and Hughes believes Healy will lead by example in the dressing room.

He continued: “He’s got that balance – he’s an easy going lad and very easy to get along with, but he just likes when things are done properly.

“Sometimes those who haven’t had that experience don’t actually realise the little things that make the difference. It takes someone like David to come in and show them and say ‘if we do this, it gets us results’, and then he backs it up with wins.

“I know from a few of the younger lads that have come in to the [Northern Ireland] squad to train with us from Linfield that they all speak highly of him as a coach. He puts on good sessions, has good management and I think the results speak for themselves.”

Given the duo are actually the same age, it begs the question of whether Hughes – preparing for another campaign with Hearts – is beginning to cast his mind towards a coaching career.

The Jambos ace said: “Not at the minute. I have thought about coaching badges but, with the games through the summer over the last couple of years, I haven’t really had a chance. It was more about trying to get them just in case, rather than having any concrete plans about it.

“At the moment I’m more focused the playing side of it and trying to do everything I can to keep myself going.”