A HEART-STOPPING dash cam clip shows the moment a woman and three dogs come within just feet of being hit by a car.

The near miss shows a woman holding one of the dogs on a lead with the other two walking beside her as she wanders onto the road, forcing the oncoming car to slam on its brakes.

Filmed in Bathgate, West Lothian, the woman can be seen holding a mobile phone to her ear as she makes her way onto the residential road.

At beginning of the short clip the dash cam vehicle is seen approaching a speed bump near a junction.

Slowing down for the rise in the road, a row of parked cars can be seen on the left hand side of the screen.

As the driver begins to accelerate after crossing the speed bump the woman walks out from behind one of the parked vehicles with the dogs.

One of the dogs is the first to spot the car and runs back off the road as the motorist is forced to perform an emergency brake. 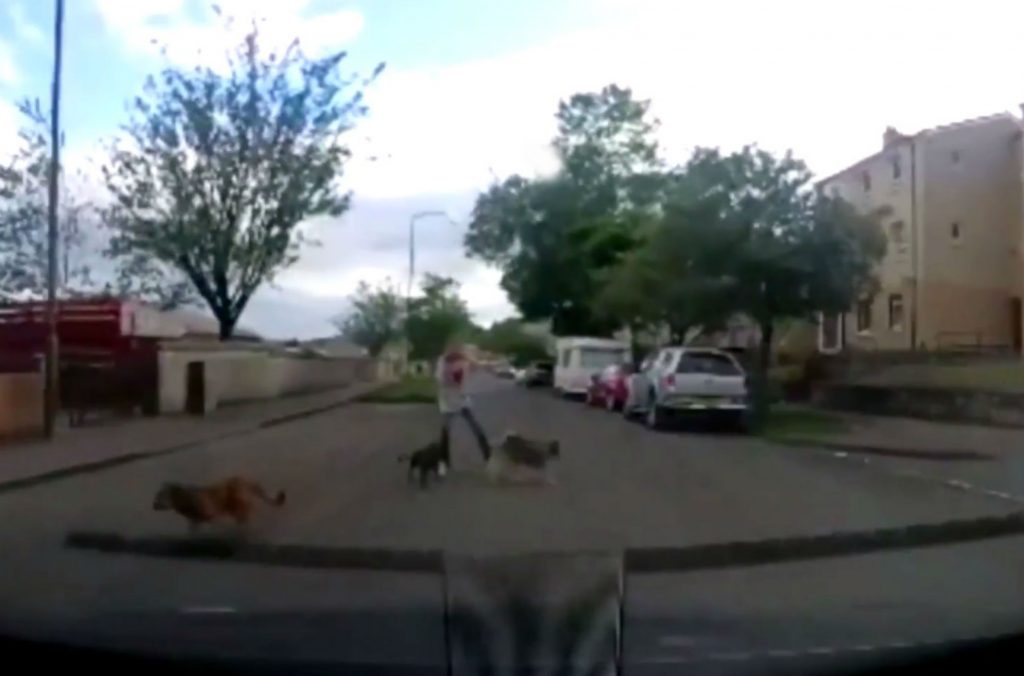 The blonde haired woman wearing a grey cardigan can be seen jumping in fright and pulling the other pooch on the leash off the road, whilst still on her phone.

Caught on camera last month, dash cam driver James Johnston said: “The road was clear as I checked the junction to my right, then a split second later she was in front of me, needless to say I got a hell of a fright.

“This has certainly kept me on my toes for the future and shows precisely why it’s imperative to stick to speed limits of 20 in residential areas.”

A spokesman from Scotland’s Worst Drivers said: “Thankfully the driver was on the ball as the woman was not.

“She was clearly distracted as her mobile phone was glued to her ear and also two of the three dogs were not on a leash either.

“It doesn’t seem like she was too shaken by the incident either, as it looks like she gave the driver a bit of backchat, but still managed to keep her phone to her ear – however new underwear needed for both I think!” 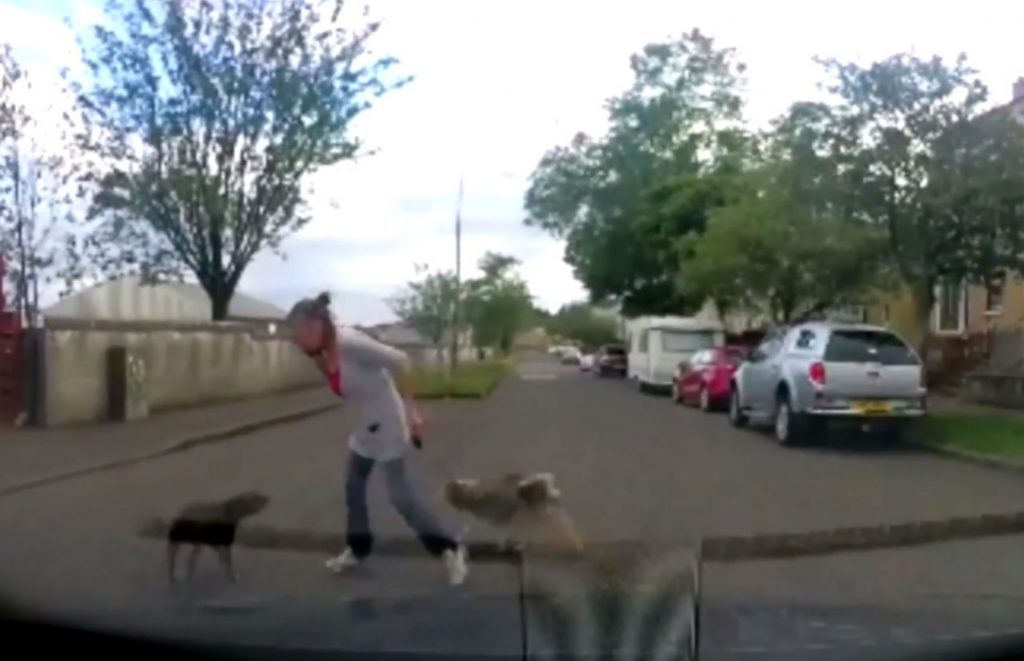 “As a driver you never know what might happen next as you pass through a residential area.

“Pedestrians on mobile phones are a growing hazard and add in a couple of unpredictable dogs and you have the potential for a nasty collision.

“Keep your brain in gear and your eyes up – and that applies to both drivers and pedestrians!”