STILL GAME star Sanjeev Kohli has teased fans by sharing a new photograph of him back in the make-up chair.

The actor, who plays short-fused shopkeeper Navid Harrid in the Scots sitcom, was captured smiling at the camera while wearing his character’s trademark grey wiry wig yesterday.

Make up bags and another long black wig, thought to belong to Boaby the barman can also be spotted lying on the table in the background.

Kohli, 45, shared the snap with his 87,000 Twitter followers last night (TUE) writing: “And so the transformation to Navid begins…#StillGame.” 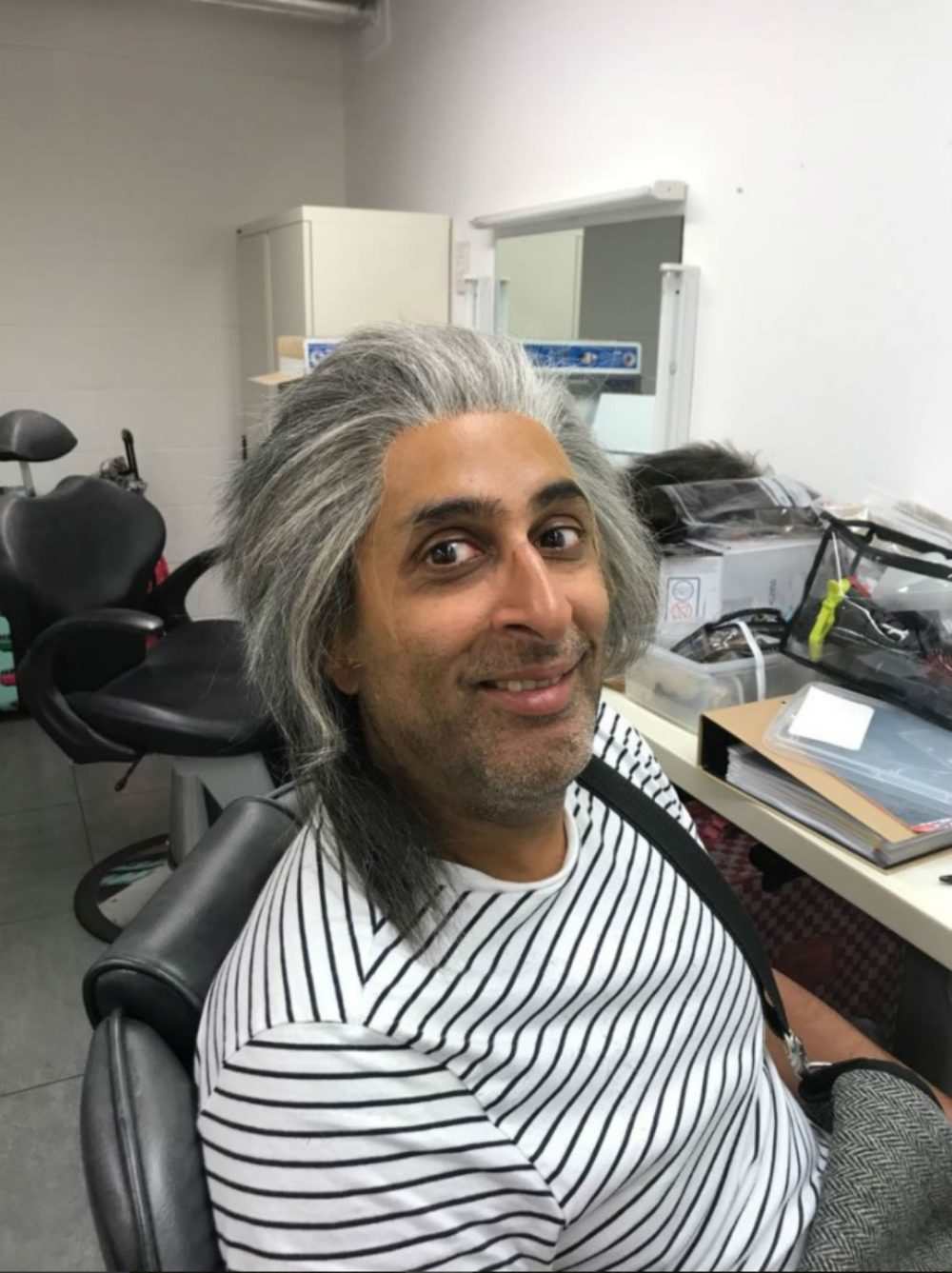 However, the popular character’s transformation was still in it’s early stages as his bushy grey beard, moustache and overgrown eyebrows still hadn’t been attached.

The post was instantly inundated with comments from excited fans, who have been anxiously awaiting news about the new series getting filmed.

One fan wrote: “Shades of Albert Einstein and Doc Brown from Back To The Future. Maybe even a hint of Captain Nemo from The League of Extraordinary Gentlemen? Versatile!”

Another said: “Cannot wait for this. Fave character from the show.”

A number of followers were quick to point out Kohli’s striking resemblance to Doc from Back to the Future.

“I think we’ve found the new Doc Brown for the inevitable Back to the Future remake,” tweeted one follower.”

Yesterday it was revealed that filming of series eight was starting after the shows Greg Hemphill reached out to fans asking them to call the cast “p****s” if they seen them out and about filming.

Hemphill , who plays Victor McDaid in the show, wants fans to use the catchphrase “Two pints p**s” – a famous quote by the duo during their visits to the Clansman pub.

He tweeted: “We start filming the new series of Still Game on a Monday. If you see us out and about, shout “two pints p****k!” at us.”

The new series of Still Game will be the show’s eighth after Jack, played by Ford Kiernan, and Victor made a successful return last year.

The original six series run ended back in 2007 prompting years of demands from fans for the BBC comedy to return.