Judy Murray: ‘No facilities to host tournament, so Scottish tennis fans will have to make do with Andy Murray V Roger Federer’

JUDY MURRAY admits she would love Scotland to host its very own Wimbledon – but knows the nation will have to make do for now with son Andy wowing the crowds in exhibition matches.

Sir Andy will take on Wimbledon champion Roger Federer at the SSE Hydro in Glasgow in November to give fans north of the border a glimpse of their hero on home soil.

Judy has for a long time championed the case for better facilities for Scottish tennis and admits there is simply not a venue capable of adding a tartan tinge to the pro tour that would allow fans to see the sport’s top players in competitive action. 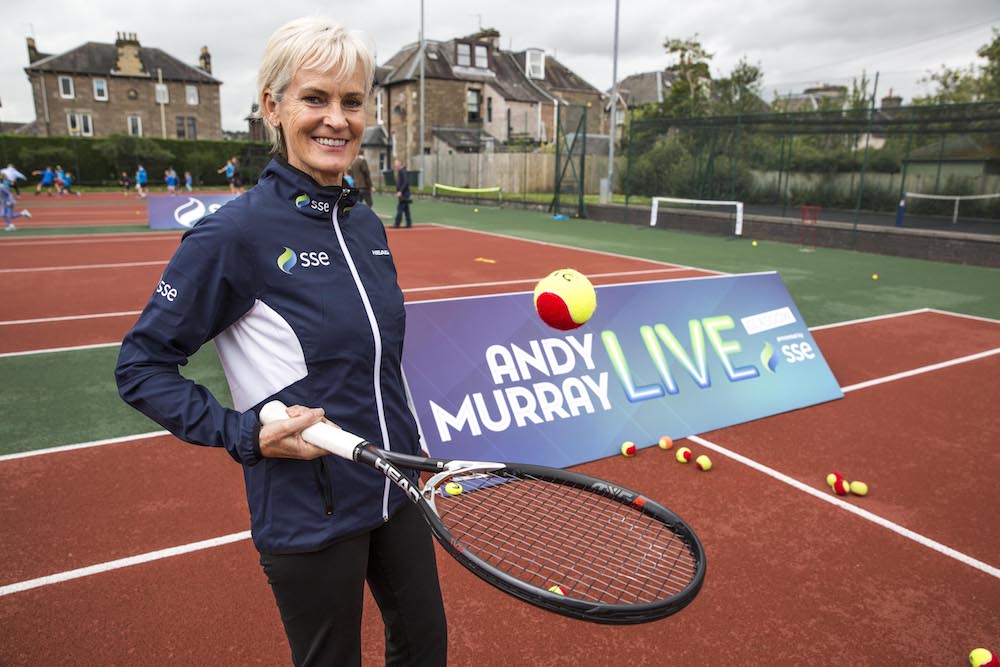 But she hopes that ‘Andy Murray Live’ can excite youngsters and serve up a treat for the game in Scotland to make up for the lack of a top-level Scottish tournament.

She said: “One of the biggest challenges for us up here is that we don’t have a venue that would cope with a major tennis event.

“Most of our clubs are three or four courts. Most of our indoor centres would just not have the capacity to host a major event – they are too small.

“So it would have to be at a purposely-created venue. Doing the exhibition at the Hydro, you just require one court.

“But if you are putting on a tournament you probably need three courts and you need practice courts so you need a much bigger environment to have any chance of doing it.

“And with our weather it would have to be indoors because you couldn’t run the risk. It is probably a bigger challenge to put something on like that than you realise.

“That’s exactly why this is important to bring something to Scotland on an annual basis that has not just Andy but whoever he plays against. 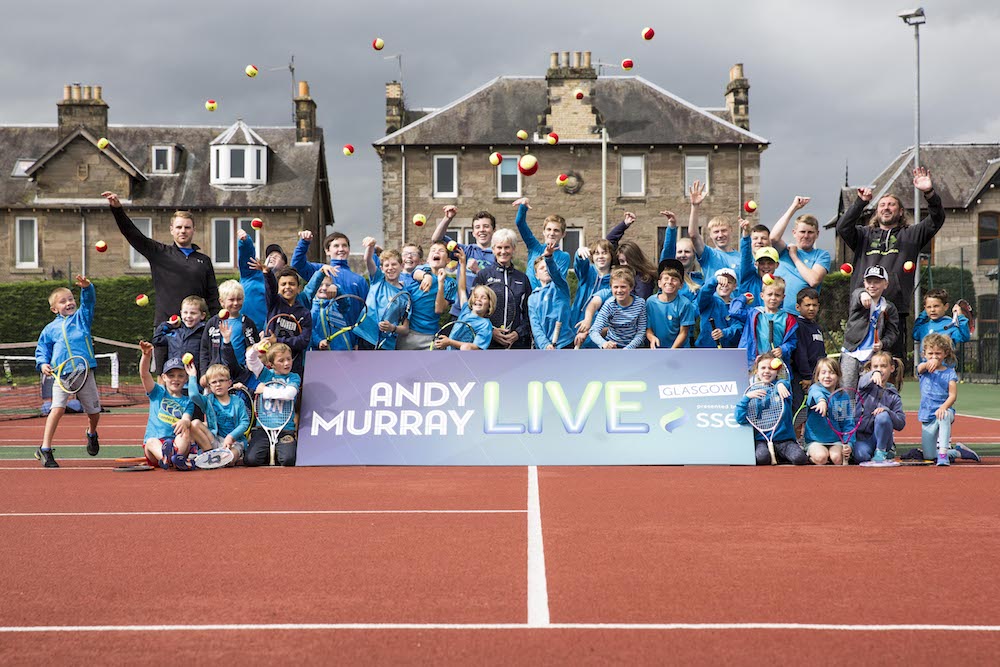 “This year we have Roger coming, which is huge. We have a huge name for next year as well – but I can’t say who it is.

“It is important to share and put world-class tennis in front of Scottish people because we do not have any other major events, unless we have Davis Cup ties.

“We were fortunate with the Davis Cup [last year] because Great Britain had several home ties in a row, which was almost unheard of – maybe six or seven and several came to Glasgow which was fantastic.

“It let everyone see the appetite for it and the atmosphere in the Emirates was something else. The noise was deafening.

“As a Scottish tennis person who has gone to competitions over the years with one man and his dog watching and one line in round-ups in papers, I sat there and thought ’it’s a semi-final of the Davis Cup in the east end of Glasgow, Scottish players and Scottish captain [Leon Smith].

“A year later we had the exhibition because you realise you have to bring the excitement to your own people. It was a fantastic thing.”

• Judy was speaking at Perth Tennis Club to promotion ‘#TeamUp’, a competition backed by SSE offering tennis fans the once-in-a-lifetime chance to partner Andy Murray in a doubles match against Judy and brother Jamie that will take place ahead of Andy Murray Live on November 7.

Entrants have to upload a video of them playing tennis keepie-uppie for a chance of winning. For further details, visit ssereward.com/teamup.