Motherwell winger Elliot Frear is hoping that having a squad who are all friends as well as team-mates bodes well for the new season.

Manager Stephen Robinson has added eight new players to his first team this summer and former Forest Green Rovers playmaker Frear insists a strong bond has already been established in the changing room.

That harmony has been the bedrock to Motherwell’s promising start to the competitive campaign. 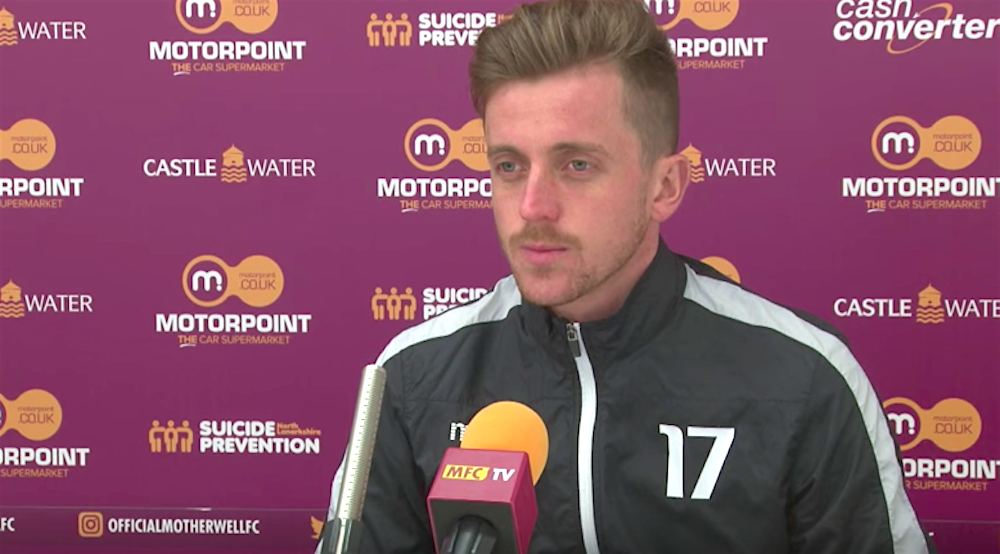 The Fir Park club secured their passage through to the Betfred Cup second round after winning their first three Group F matches, although Robinson’s side needed a late winner from Frear on Tuesday to see off a gritty performance from Edinburgh City.

The Steelmen begin the Premiership season with a visit of Rangers next Sunday and Frear is confident there will be no repeat of last term’s flirtation with relegation.

He said: “The gaffer’s summer recruitment has been excellent. He’s brought in the right characters and that’s a massive thing for any football club.

“We are all together, we all go out for food together and our wives go out together so we can’t wait for the season to start.

“It’s not a forced thing for us all to go out, it’s a natural thing that we all want to spend time together.

“The gaffer hasn’t told us that we need to spend time together or do this or that.

“We go out for coffee and the wives go out so the club is like a family in terms of us all being together.

“We want to do our bit on the pitch to help the club.”

Frear, who arrived in January, added: “It’s a big change for me but I’m buying a house here and my wife has moved up and I love it.

“Hopefully I’m here for many years to come.”

Motherwell have scored 11 goals from their three wins against Morton, Queens Park and City and conclude the group section by playing host to Berwick Rangers on Saturday.

But Frear is looking forward to seeing how they match up to Pedro Caixinha’s Rangers.

He added: “Of course the acid test comes against Rangers and everyone is pushing for a start.

“We are looking forward to it and we need to be ready.

“We are not going to win four or five nil every week, that’s never going to happen. We have got off to a good start but this team is now showing a different character.

“When we fell behind to City then we could have caved in. We brought a lot of fans to the game which was brilliant so we showed them that character we needed to come back and win.

“We showed massive character last season and we have carried that on.

“Three was a point last season when we were sweating but we got through it. You learn from those experiences and that adversity and we feel we now have the characters needed to push on.”

Frear was happy to get his account up and running against City after netting just one goal in 15 appearances last term.

The fleet-footed wide man scored in the 89th minute after Chris Cadden had cancelled out Ashley Grimes shock opener for the hosts.

He added: “I was glad to get off the mark sooner rather than later. It took me a while last season to get going so hopefully there are many more to come.

“We weren’t happy with the first and the gaffer let us know that at the break.

“The feeling is just relief, if anything.

“You have to give credit to Edinburgh, who worked so hard and we struggled to break them down at times.

“The gaffer told us we put 50 crosses into the box so some of us could have done much better with our finishing.”