A NEW Hebridean gin has beaten off international competitors to scoop the top award in a prestigious drinks competition – at its first attempt.

Wild Island Botanic Gin, launched just over seven months ago, scored over 90% in a blind tasting by industry experts putting it ahead of hundreds of other spirits from across the globe.

The International Wines and Spirits Competition is the Oscars of the drinks industry and the success of the gin from the Isle of Colonsay was announced today.

The award-winning gin, described as a Hebridean Botanical, is produced in one of the UK’s oldest family-owned distilleries.

Wild Island Gin’s recipe was created in collaboration with Langley Distillery in Oldbury, West Midlands, who have been producing gin at their site since 1920.

The gin is infused in a 100% British Grain Spirit on an ancient copper still, and uses hand picked plants lemon balm, wild water mint, meadowsweet, sea buckthorn, heather flowers and bog myrtle from the wilds of Colonsay to give the recipe its distinctive flavour.

The six specially selected plants are then sent to Langley Distillery who produce the £39-a-bottle gin using traditional methods in some of the oldest working copper stills in the UK – some dating as back as far as the early 1800’s.

Keith Bonnington, sales director at Wild Island Botanic Gin, says the company are astounded to have won a top award so soon after its launch just before Christmas last year.

He said: “The IWSC Gold is the award that everyone in the drinks industry wants to win and for us to get it at the very first attempt is just brilliant. 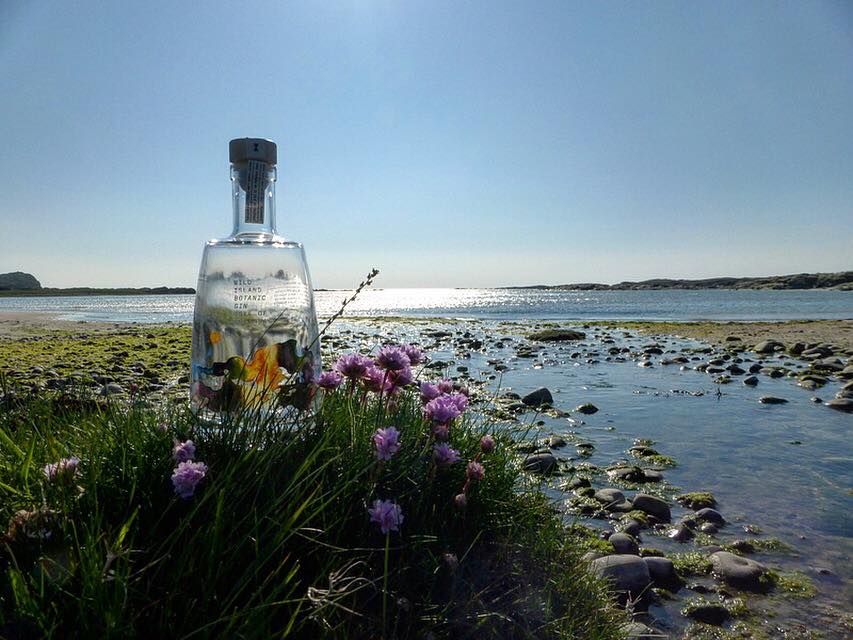 “When you see the list of world-famous well-established gins being awarded silver and bronze the size of our achievement is staggering.”

Mr Bonnington said the award was also a vindication for their open and transparent marketing values.

He said: “Far too many gins try and hide the fact that they are produced by third parties and go to some length to suggest they are being distilled in one place when the reality is very different.

“From day one we have celebrated the fact that Wild Island Botanic Gin is a collaboration between us and Langley Distillery in The Black Country.

“When we decided to launch a gin we sought out who we considered to be the UK’s finest distiller and worked with them to create a truly exceptional super premium spirit and today that strategy has paid off.”

Mr Bonnington revealed they were about to start small scale distilling at their premises on the Isle of Colonsay but is adamant the main production will continue at Langley.

“We have a still being installed this week on Colonsay and we will be using it to produce one off expressions of Wild Island Botanic Gin focussing on seasonal produce and experimenting with different ingredients – but the core product will continue to be distilled at Langley.

“We are very grateful for the widespread support we have gained for the gin in the last few months. We are now stocked in over 300 high end off and on sales in Scotland, two Michelin Restaurants, and the prestigious Selfridges department stores.

“We also have good distribution in England and Northern Ireland and are some ways to concluding a deal to have us distributed in six metropolitan areas of the United States.

“However we remain firmly focused on our roots on the Isle of Colonsay and work had to promote the gin and the island to as many people as possible.”