OUTLANDER star Sam Heughan has revealed one of his favourite ways to treat himself is with a bar of Bumm.

The Balaton Bumm bar is a caramel covered wafer with milk chocolate and corn cover that’s popular in Hungary.

The snack can be bought for 60p online and is listed on some travel sites as one of the treats to try when you’re in Budapest. 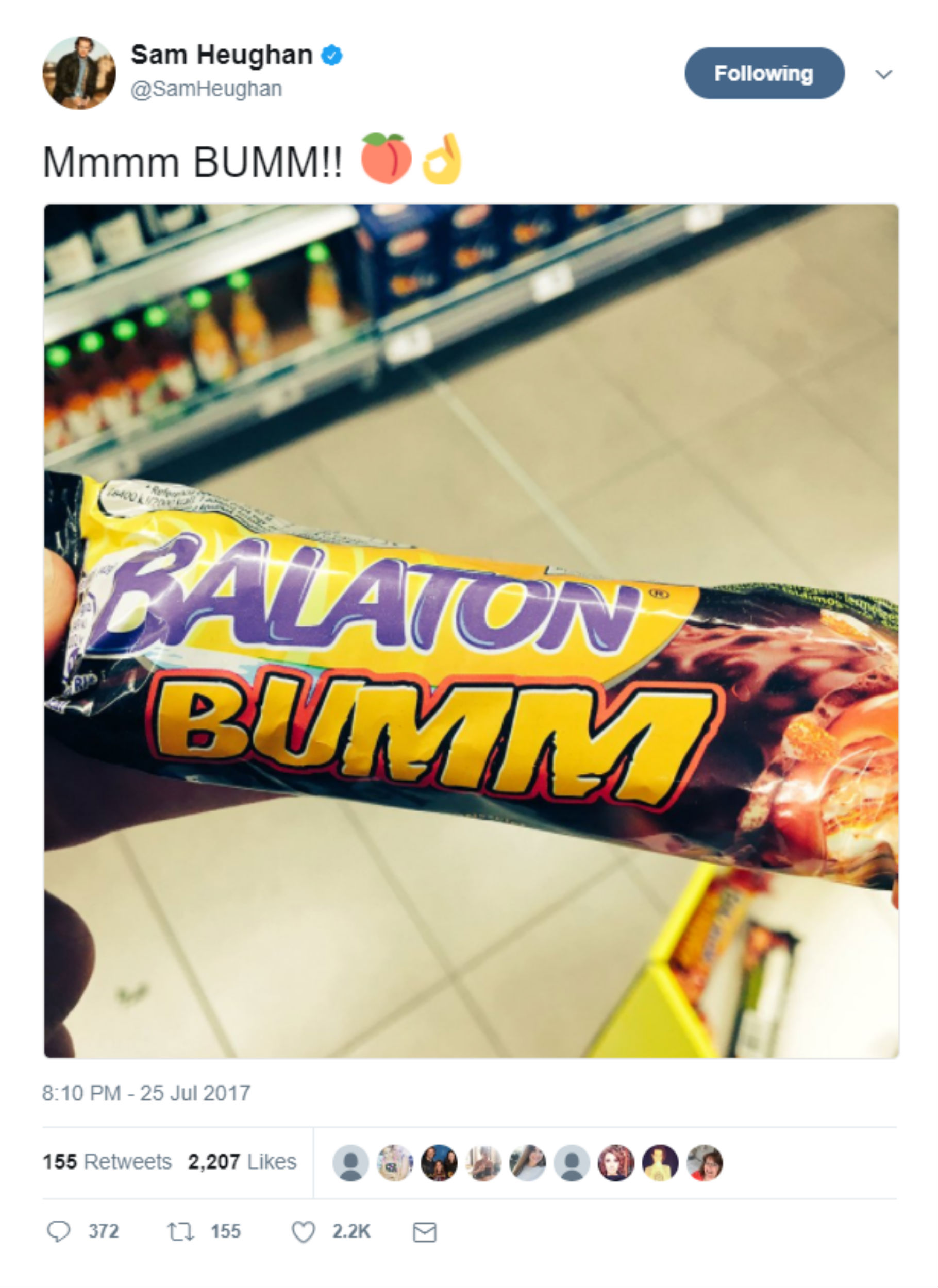 The 37-year-old star took to Twitter last night to share a picture of the sweet with the caption: “Mmmm BUMM!!”

The picture shows the wrapper, with “Balaton Bumm” written in purple and yellow capital letters.

He used the peach and perfect emoji along with the tweet which has since been liked over 2,200 times with over 150 retweets.

Many of his amused followers have been quick to react.

Jen Brougham commented: “I was just thinking how bad it sounds to say, I’m eating Bumm…”

Jordana Brown wrote: “Bums are always a good thing, no?”

Whilst Freddie Barss added: “I will stick to deep fried Mars bar Sam.”

Heughan will be starring as Jamie Fraser in the new season three of Outlander which is set to hit screens later this year.