HILARIOUS video footage has captured an amazingly talented dog who can sneeze on command.

Lisa Brownson’s 15-year-old bearded collie/corgi cross, ‘Mr Benjamin Button’ has an incredible knack of sneezing whenever she asks him to.

The 54-year-old from Manchester has filmed her pet pooch sneezing and spluttering whenever he is told “sneeze!”

Mr Button isn’t the only talented dog in the family. Lisa’s other dog, Poppy, sings along whenever the Coronation Street theme tune comes on the television.

The four-year-old bearded collie howls along whenever the famous soap starts which Lisa has also caught on camera.

The footage of the adorable Mr Benjamin Button, who is thought to be around 90 years old in human years, starts as he stares intently at Lisa waiting for her command.

When she then says ‘sneeze’, the clever pooch does so, snorting and sputtering on the hallway floor.

He’s then told he’s a “good boy”, he then repeats the trick again, licking his lips after he sneezes another time.

He completes the trick for a third time before the camera cuts off. 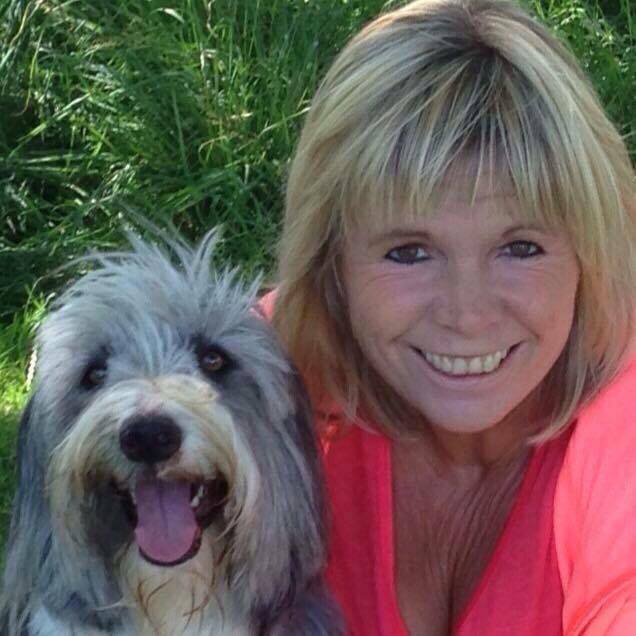 In a second clip, Poppy takes centre stage, as she’s filmed howling along to the Coronation Street theme tune.

The short clip starts as she lies down on the couch before suddenly jolting up as the famous song starts on the television.

As she jerks her head up, she starts to sing along, even managing to keep in time and tune with the tune.

Speaking about her talented dogs, Lisa said: “When he was very young, Mr Button was with a talent agency.

“Later on I managed to get him to sneeze on command. Whenever he sneezed, I gave him a treat and said the word so he associated that word with the treat.

“All my friends get sick of me showing him doing the trick but the local kids love it when he’s out and about.

“And every time Corrie comes on, Poppy sings along. She can be fast asleep then her ears will prick up and she’ll start singing.

“She actually had a hip operation in October and was laid up for a while so I think she started to perfect her singing then.”

Facebook users were quick to react to the talented dogs.

Pam Scholtz wrote: “Ohhh I love it. Poppy you are a little smasher.”

Britain is famous as a nation of dog lovers, with Pudsey, a cross between a bichon frise, Chinese crested and border collie, winning Britain’s Got Talent in 2012.

Ashleigh Butler and Pudsey, who died last Thursday aged 11, were the first dog act to win the popular talent show.