A MERCURY Prize-winning band has suffered a racist backlash after complaining that British art galleries are full of images of privileged white people.

Young Fathers, who won the Mercury Prize in 2014, made the controversial remarks in a video commissioned by the national portrait galleries in Edinburgh and London.

The Edinburgh-based trio – two of whose members are black – remark at one point that those in the portraits are “a long line of inbred spawn, soon to die out themselves”.

The band then suffered vile racist abuse online including comments on band member Alloysius Massaquoi’s facebook page where he was told to “go back to your mudhut-culture” and called an “anti-white racist”.

The video was removed, at the band’s request, from YouTube and the National Galleries of Scotland website on Tuesday but was posted again later in the evening.

The video was commissioned as part of an exhibition on the theme of male image, identity and appearance from the 16th century to the present day with a selection of portraits from the National Galleries of Scotland and the National Portrait Gallery, London. 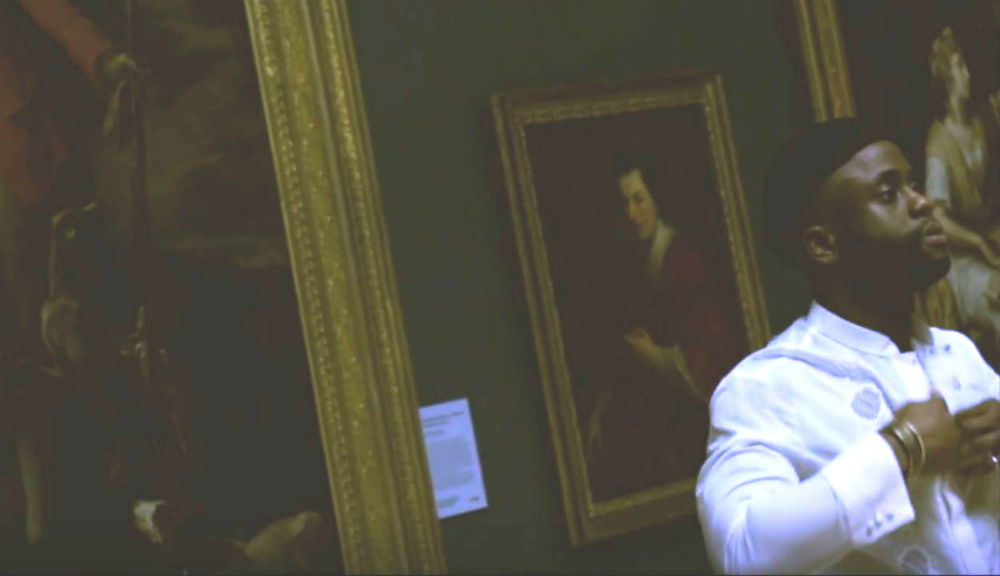 The band were commenting on the fact that gallery walls are overwhelmingly filled with portraits of rich, privileged ruling classes of the past.

Bankole is seen shadow boxing in the National Portrait Gallery in Edinburgh and mimicking the poses in the fine oil paintings.

Massaquoi narrates the film saying: “They are signs of wealth, the insignia of status,

“They are a gravestone that a dog pisses against, shifting, cracked in clay.

“They are a long line of inbred spawn, soon to die out themselves.”

The four-minute film created a backlash from extremists who called it “anti-white” propaganda.

One commenter said: “This is racist as f***. Whoever approved this video should be fired. He might as well have spent the video screaming “F**** WHITE PEOPLE.”

Another weighed in, adding: “When a non-native person comes to your country and attacks your ancestors in such an insulting way, that sort of reaction is justified.”

Another highly offensive post asked: “Why do you have a black man chimping out in a museum?”

The video was taken down following the racist abuse hurled at the band, prompting demands from best-selling author Irvine Welsh and others for a statement from the galleries explaining why.

They said: “The views expressed by the band relate to issues around privilege and inequality and conventions of historic portraiture and its display.

“It complements Young Father’s contribution to Looking Good, and has been shared via websites and social media.

“At the request of the band it was temporarily removed from YouTube and galleries’ websites today, and will be re-instated imminently.”

The video was reposted yesterday evening, with comments disabled on the Youtube page.

However, the abuse from far-right continues on twitter after the National Galleries posted their response to the video being pulled. 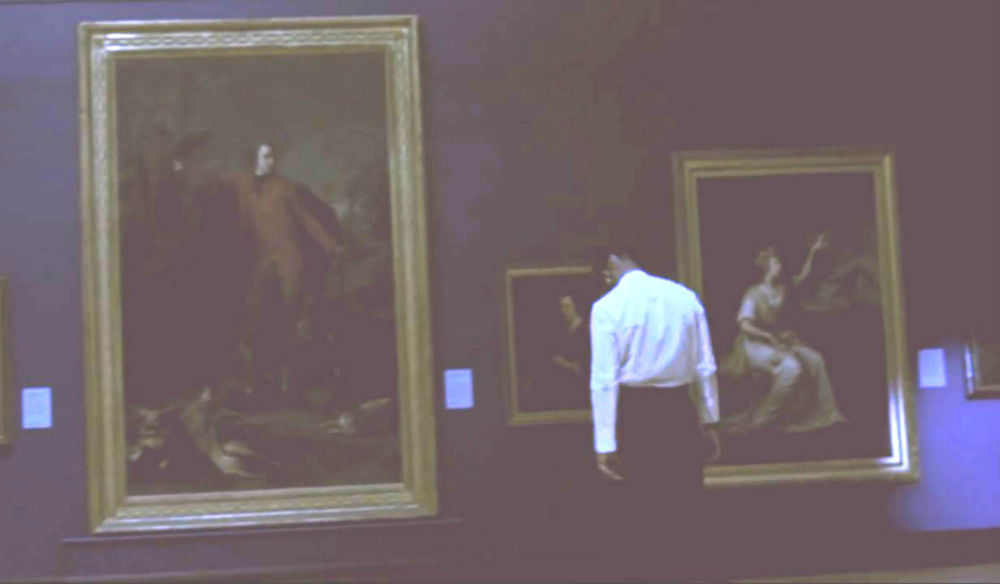 The tweet now has over 120 comments, with most of those coming from commentators who are unhappy that the video has been reposted.

One user commented: “Do you think it would be appropriate for a white rapper to go to Africa and call them “inbred spawn” and say dogs should piss on their graves?”

Another added: “So not only do you support anti-white sentiments you fund it aswell. This type of anti-white anti-British tripe will not be tolerated.”

On social media user said: “Is it your goal to insult Scottish people and Scottish history with it because if so…NAILED IT!”

The National Galleries of Scotland said it was reviewing the comments made about the video and it was possible they could be reported to police.

Young Fathers said in a statement today (wed): “Unfortunately, the meaning of the film has been purposefully misinterpreted by elements of the far right who have targeted the galleries and Young Fathers, saying the film is ‘anti-white’ when it’s clearly ‘anti-privilege’.

“It’s amazing that the National Portrait Gallery commissioned a film like this, that they would take a chance, and it’s a shame that it’s was hijacked by people with ulterior motives, to create hatred and division amongst us.”

They added: “This film challenges the fact that the walls of the gallery overwhelmingly present the rich, privileged, ruling classes of the past. Where are the ‘ordinary’ people? Why are lords and ladies more important than firemen and women, than school teachers or doctors?

“In the film, the protagonist affirms his own worth, as a living man against the dead aristocracy in the pictures he’s looking at.”

The video was uploaded again with the band’s permission. Currently they do not intend to report the online abuse to police, as they believe it highlights the racism and privilege issues they were addressing in the film.