STUNNING footage shows a daredevil playing the bagpipes on a contender for Britain’s most beautiful zipline.

The 49-year-old managed to keep The Taking of Beaumont Hamel going even as he hit 40mph on the 227-metre (750m) line at Ceannabeinne Beach near Durness.

Roddy, from Cove, Argyll and Bute, was in the area to propose to his girlfriend Alison Farquhar.

The TV and film driver has experience of playing the pipes on high mountains and walking in the sea but this was his toughest challenge yet.

He said: “I like to play whenever I can, sometimes in strange places.

“I hadn’t thought about it until we got to the zipline and just said to my girlfriend, go on I’ll just do it, I’ll just go for it.

“The lassie that worked there said why are you playing the bagpipes and I just said I fancied it.”

He added: “I said to the her, ‘Will I go upside down’ if I’m too busy holding onto the pipes but she said it’s pretty much a sit in harness. I went a bit sideways at first.

“So I got harnessed in and off I went. I was too busy trying to play a tune I forgot to actually look at the view.

“They allowed me to come back another time and do it again so I took in the incredible views then.”

During the trip, Roddy proposed by writing “Alison, will you marry me?” in the sand.

Roddy also revealed that his friends have now been challenging him to play in even more daring locations. 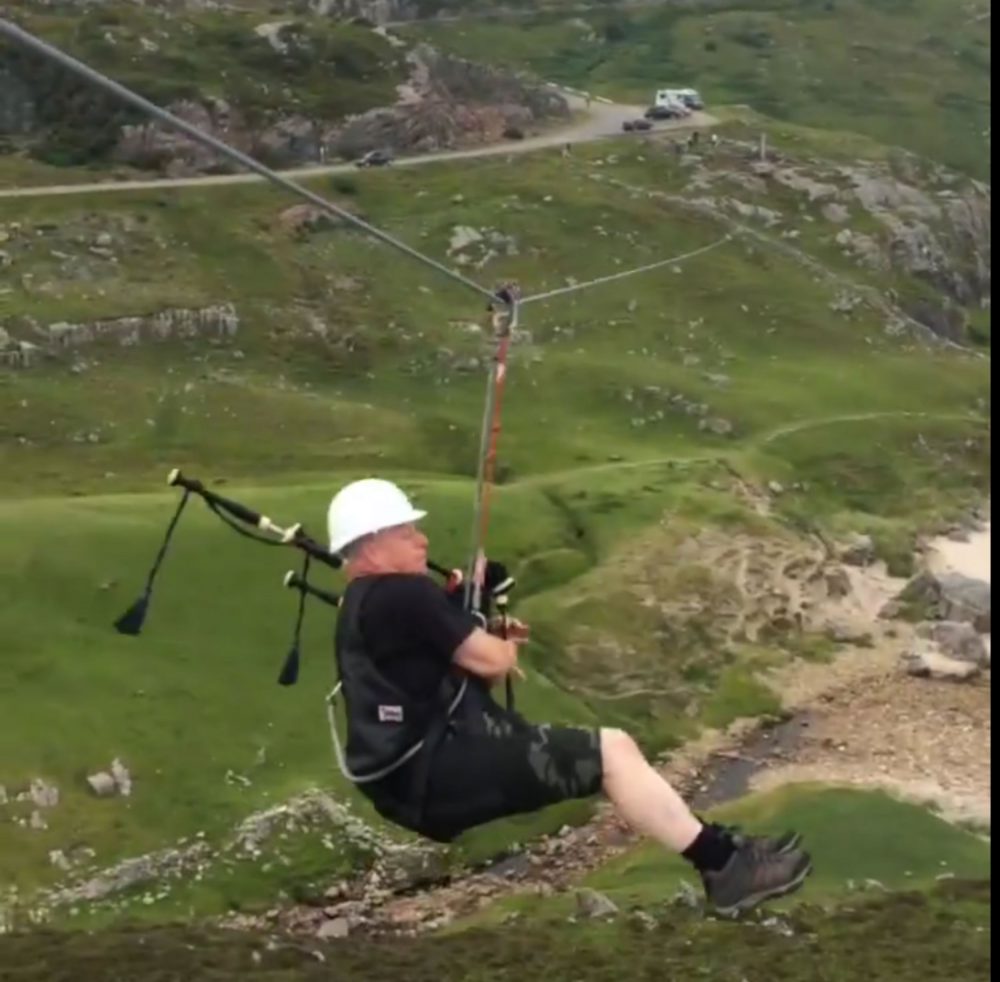 He added: “I play with the Helensburgh Pipe Band so when I went back in they were all laughing their heads off after seeing the video.

“I’ve now been challenged to do it on a bungee jump. I’m not to sure about that one but we will see.”