GRAPHIC pictures show an invading pink salmon full of thousands of eggs ready to be laid in one Scotland’s most important rivers.

The image shows a pink, also known as a humpback salmon, which was caught in the Spey yesterday (MON) in Craigellachie, Moray – 30 kilometres from the sea.

The most disturbing part of the find was that the salmon contained thousands of eggs which would have created a new generation of invaders. 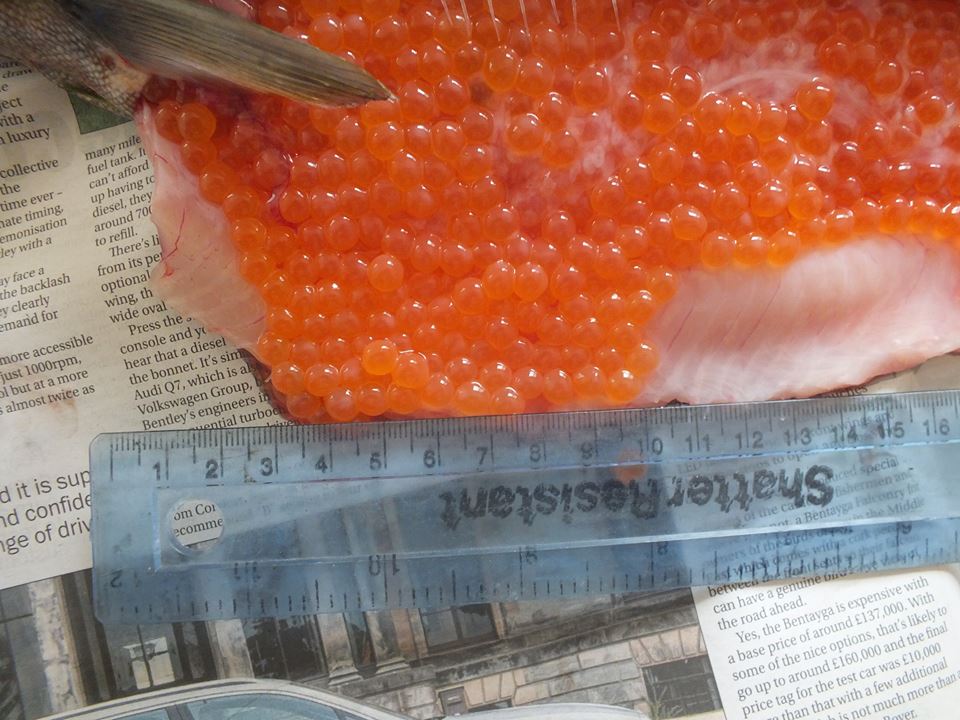 The discovery has sparked fresh fears of potentially catastrophic results for the ecosystem and native Atlantic salmon.

Fears for Britain’s native salmon were first emerged around six years ago after several pink specimens were caught in UK waters.

The breed of salmon are usually found in colder waters in Canada and Alaska but over the past ten years some have been bred in Norway and Iceland. 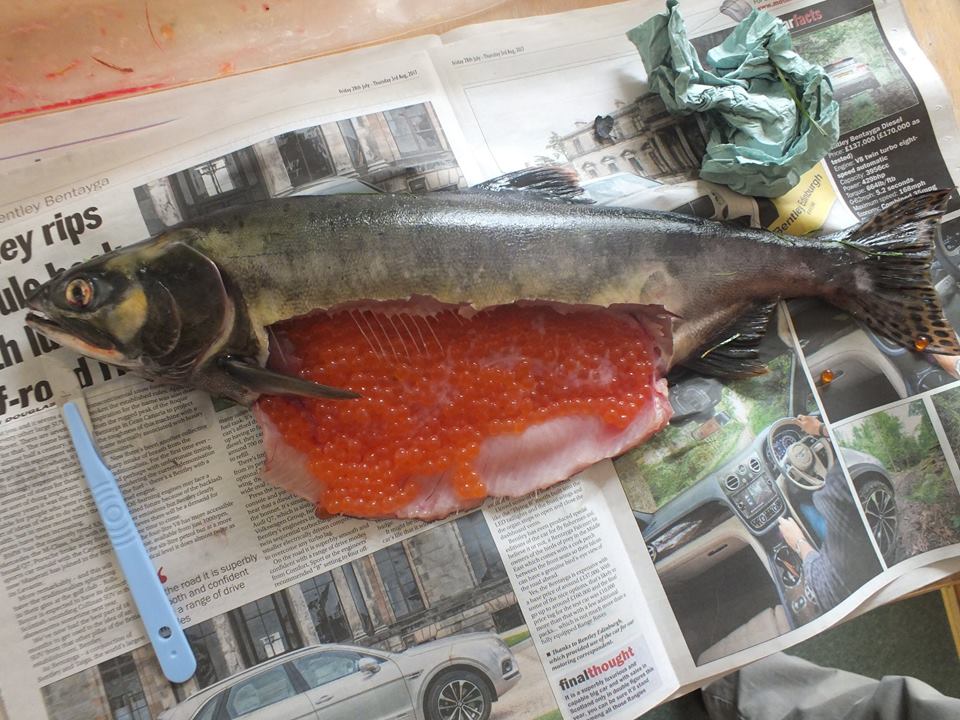 Now more appear to be crossing over the North Sea to Britain – prompting fresh fears they could breed with the country’s native Atlantic salmon.

Posting the shocking image on Facebook, Spey Fishery Board wrote: “There was another pink salmon caught on the Spey today,the seventh that I am aware of, another upriver fish.

“This one was caught at Craigellachie, 30km up from the sea.

“What was interesting about this fish was that she was gravid.

“The eggs could be expressed easily from the vent, this means that spawning was imminent.

“The relatively large size of the eggs was also of interest. The egg count was 45 on a 25cm rule.

“The eggs from this 44cm (18”) fish were larger than commonly produced by 80cm Atlantic salmon in the Spey.”

The post was inundated with messages from followers including Iain Tonge who wrote: “You’ve no chance of stopping them.”

Kenny Morton said: “They’re here now though there will be no stopping them.

“If anything I think they will have more of an impact on sea trout as they will be competing for food in the estuary when they get there.”

And Dougie Ross wrote: “The eggs were pouring out of that fish on the bank. At least 50% were out of it before you got it.”

Spey Fishery Board appealed to anglers and members of the public to report any more catches.

Today a spokesman from the board said: “This is the time of year they come up to spawn but we don’t want them to mix with Atlantic salmon as there is the fear that they could end up killing out the native salmon.

“Numbers are certainly a lot higher than they have ever been before.

“We are not sure why this is or whether it is down to climate change or maybe they are spawn from former East coast salmon that were here before and they have come back to where they originated. 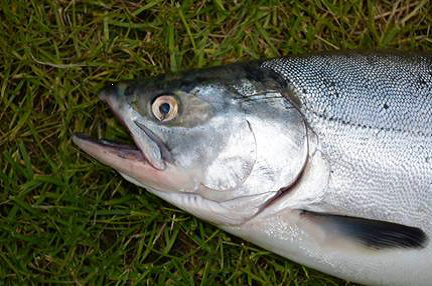 “There’s been about 800 pinks found which seem to have come from the Norwegian coastline and ended up in rivers along the east coast of Scotland.

“Quite a lot have been caught in the nets. There was one not too long ago caught 50 kilometres up from the river which is quite far for them to travel.

“You can’t catch every single one of them and we don’t know how many are coming through but we are hoping people can continue to keep an eye out for them.”

Pinks were originally introduced to a number of Russian rivers in the 1960s and have slowly spread westwards and colonised some northern Norwegian rivers.

These fish spawn at a different time from Atlantic salmon, have a 2-year life cycle and generally spawn in summer.

Pacific pink salmon, when fresh from the sea, are steel blue to blue-green on their backs, silver on the flanks and white on their stomachs.

There have large black spots on the backs, upper flanks, adipose fins and tail and some of the spots on the tail can be as large as the fish’s eyes.

They commonly reach between 40 to 60cms in length.

Breeding males are immediately identifiable because of their humps on their back.

The Salmon and Trout Conservation Trust, warned last month: “If they do begin to colonise and breed over here that would create a major problem for native salmon which are not doing very well as it is in terms of numbers.”