LADY Michelle Mone has been branded “crass” after posting a video showing off her enormous home gym – and glass-encased knicker cabinet.
The lingerie entrepreneur was told to “stop showing off” after allowing Twitter followers a brief glimpse into her extravagant lifestyle yesterday (TUE).
She posted the clip showing off the mirrored, circular room, overlooking a garden which even has its own reception desk.
A spiral staircase is shown in the centre of the breathtaking room surrounded by running machines, bikes and cross trainers. Another clip showed her immaculately arranged, glass-encased underwear cabinet.
Mone, 45, posted the clip, captioned: “Serious training going on in our home. Healthy mind, healthy body = healthy career. #Entrepreneur.”

The post received a mix reaction from social media users.
One follower said: “Crass actually.”
Another wrote: “Stop showing off Michelle!”
And one person tweeted: “You’re so materialistic. All your posts show off your wealth.
“You’d think being member of House of Lords you’d be more reserved.”
However many viewers commented on how impressed they were by her showing off her wealth with one fan writing: “Well deserved Lady Mone love it when people are self made.”
But he was immediately called a “numpty” and told the reason behind her extravagant home is because; “She’s in bed with a billionaire”. 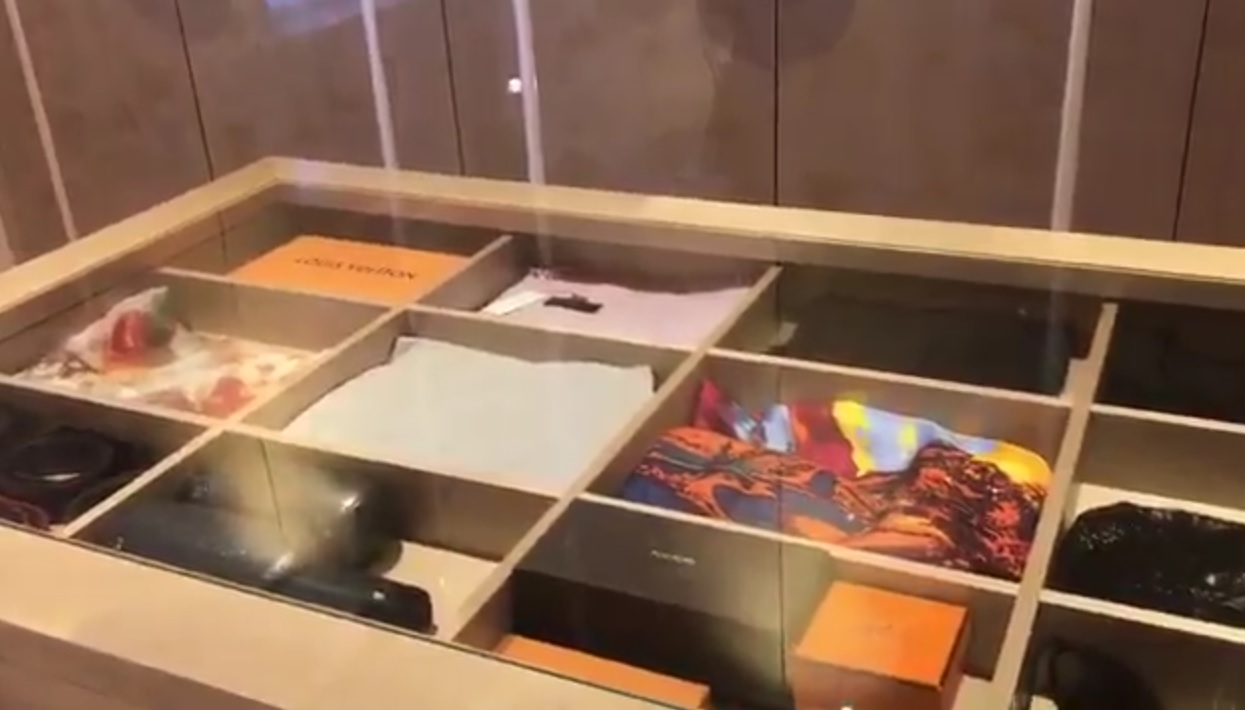 The video comes just days after Mone posted another video showing off her organised, glass cased lingerie drawer.
That clip was also met with criticism, with one Twitter user writing: “You’re starting to live in La La land Michelle.
“Come back down to earth. You’re coming across as very pretentious, not nice.”
And another fellow Scot writing: “I’d think about 0.001% of Scottish woman have a lingerie drawer Ms. Mone. A knicker drawer or a simmet drawer maybe.”

Former Ultimo boss, Mone joined the House of Lords in 2015 and is now known as Baroness Mone of Mayfair.
Mone and her billionaire partner, Doug Barrowman were revealed as a couple in December last year.
Barrowman, from Simshill, Glasgow has become one of the wealthiest men in Britain and reportedly has 50 businesses.
The 52-year-old is also believed to have his own private jet, six homes and fifteen cars.