COMEDIAN John Bishop has posted a series of gory pictures showing his mauled legs after taking on the Ben Nevis mountain bike trail.

The Nevis Range trail is not for the faint hearted, as the Liverpudlian discovered.

Bishop, 50, posted a series of pictures documenting his journey down Nevis on Instagram yesterday (THU). 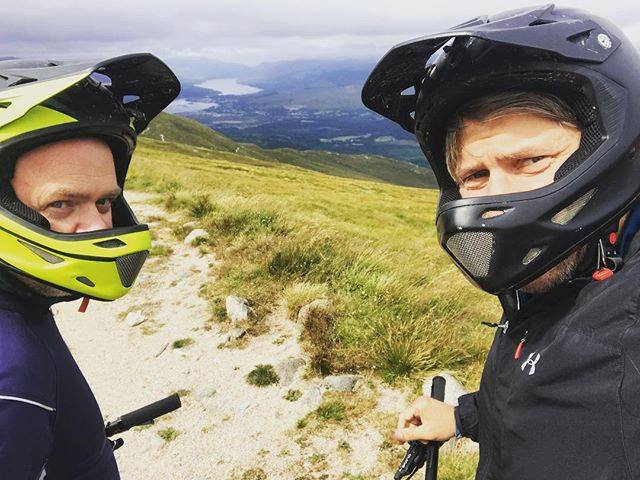 He posted the first picture of himself at the top of the range, kitted out in mountain bike gear and looking cheery with the caption: “Going down…”.

However, the comic’s good mood didn’t last long as he soon posted another picture showing cuts he and his biking partner had suffered on their legs after only travelling halfway down the route.

A big and bloody gash can be seen on the comedian’s legs after he fell off his bike on the range. 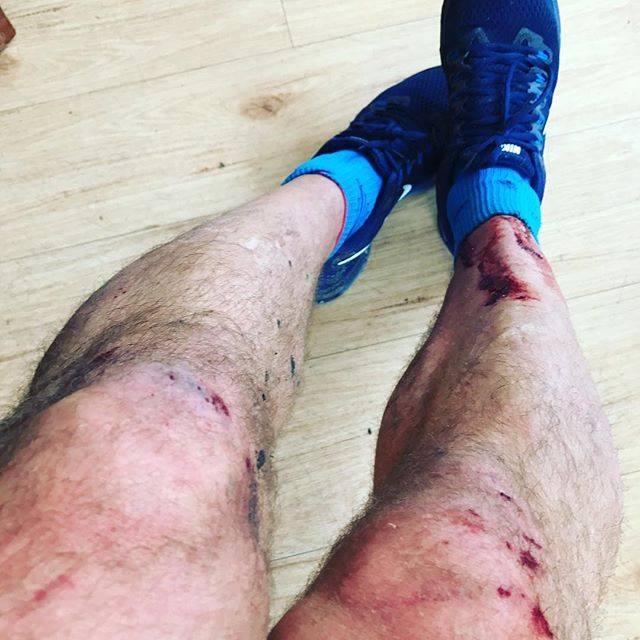 He followed up the post with another photo, showing both his legs raw and scuffed abd his knees covered in blood and dirt.

Social media users and fans of the comedian were quick to comment on his posts, with some showing concern for the comic.

Another added: “Ouch that looks sore and painful, but it could have been worse.”

One user warned: “Good heavens man buy some protective clothing, you might go breaking something. Scabby knees at your age is not a good look.”

However, other users saw the funny side.

One user joked: “Midges are a complete bastard this time of year.”

While another added: “Ouch! I think you should stick to comedy.”

However, the comedian was not deterred and a follow up post showed that he headed up the mountain for the second time.

He posted a picture of his legs clad in new shin guards with the caption: “Second go …this time with storm trooper protection.”

He also posted a picture of himself at the summit for the second time with the caption: “Someone told me to do something every day that scares you …going down the Nevis range on a bike is it for me.”

The comedian is in Scotland before his Edinburgh Fringe Festival show kicks off tomorrow (SAT) at Underbelly.

The presenter and actor became well known in the public eye after appearances on the panel show A League of Their Own and his own programme the John Bishop Show, as well as live stand up performance.

The comic’s show Winging It still has tickets available for £9.30 and will remain at the Fringe until August 25.