THE comedian who plays Navid in Still Game has posted a hilarious picture from filming – joking that relations are already strained on set.

Kohli joked on Twitter: “Day Seven in the Big Brother house… and relations are getting strained…”

In the snap Mitchell can be seen reading a book or magazine as Riley stares at the ground.

Four empty collaspable camping chairs are seen filling the void bewteen the two as they take a break from filming the latest Still Game series.

The funny tweet was later shared by Mitchell, who said: “Winston’s no impressed with The Clansman’s new beer garden!” 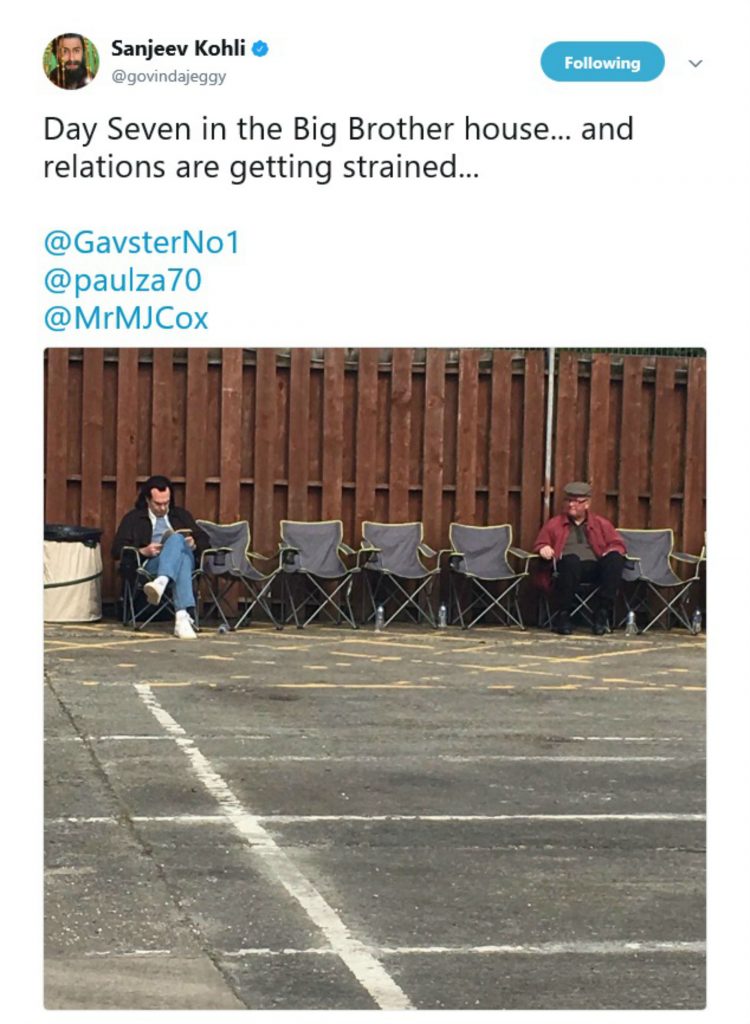 @brian_sheen commented: “Put the book down and get off yer arse, and geeuz a pint ya p***k!”

Written by and starring Ford Kiernan and Greg Hemphill, the show is in the process of filming its eighth series and will return as another six-part series, airing on BBC One in 2017.

Last month it was revealed that former US talk show host Craig Ferguson would be appearing in the hit show, appearing on Scottish TV for the first time in 25 years.

The Glasgow-born comedian presented the Late Late Show for more than a decade, becoming one of the highest paid hosts in America.