A DRAMATIC picture shows a zoo keeper fleeing to safety after a giant panda was mistakenly let back in to its enclosure.

The shocking security lapse at Edinburgh Zoo has been blamed by on staff shortages by disgruntled keepers, who claim the worker could have been killed.

Despite their “cuddly” image, adult giant pandas can be as dangerous as black bears and there have been several serious attacks on zoo staff and visitors in recent years.

The picture from Edinburgh appears was taken last year and appears to show the enclosure of the male bear, Yang Guang. The bear is just feet behind a female keeper who is making her way out of the door.

A brush can be seen discarded on the floor next to a bin full of debris, supporting claims the keeper was cleaning the enclosure when she was surprised by the bear.

Edinburgh Zoo insiders claimed in an leaked email to bosses that the institution is in “crisis”, morale is at rock bottom, and that safety had been compromised.

It is even claimed that Yang Guang could have escaped into the public area of the zoo as a result of the security failure in 2016.

Despite initially dismissing the entire contents of the email as “scurrilous and unfounded”, the following day, an image of the incident with the keeper and the panda was leaked.

Edinburgh Zoo today admitted there had been a “near miss” with the panda. 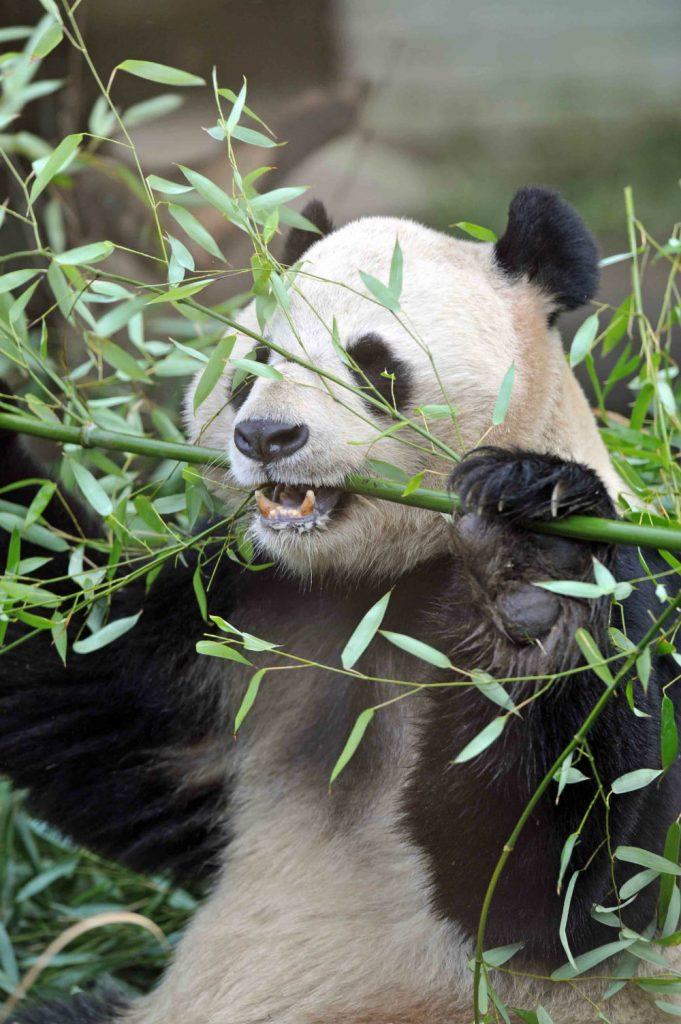 And Edinburgh Council, which licenses the zoo, today confirmed that the incident took place and that the zoo had “revised” its procedures.

The zoo refused to comment on the other contents of the email except to claim that it contained “inaccuracies”.

Edinburgh Zoo is the second most popular paying visitor attraction in Scotland. It attracted 574,000 visitors in 2016 – but that was 10% down on the previous year.

It was hoped that the arrival of giant pandas Tian Tian and Yang Guang in December 2011 would prove a massive money-spinner but the pair have so far failed to produce a cub.

Now it has emerged that disaffected staff complained about a “near-miss” with the panda and implied that it had been covered up.

The email stated: “We are…worried about the safety of staff. We have found out that there was a very serious near miss last year when a panda was let back into the enclosure with a keeper still cleaning in there and she could have been seriously injured or even have died.

“We got to hear about the near miss with the panda a while after it happened, just through rumour at first and then the keeper who experienced it went off sick and never came back.

“She heard it behind her just in time to be able to get out of the enclosure. If she hadn’t she could have been mauled, seriously injured or even killed.

“We also know that the panda could have escaped into the public area of the zoo. Are we going to wait for a disaster to happen before things change at the zoo?” 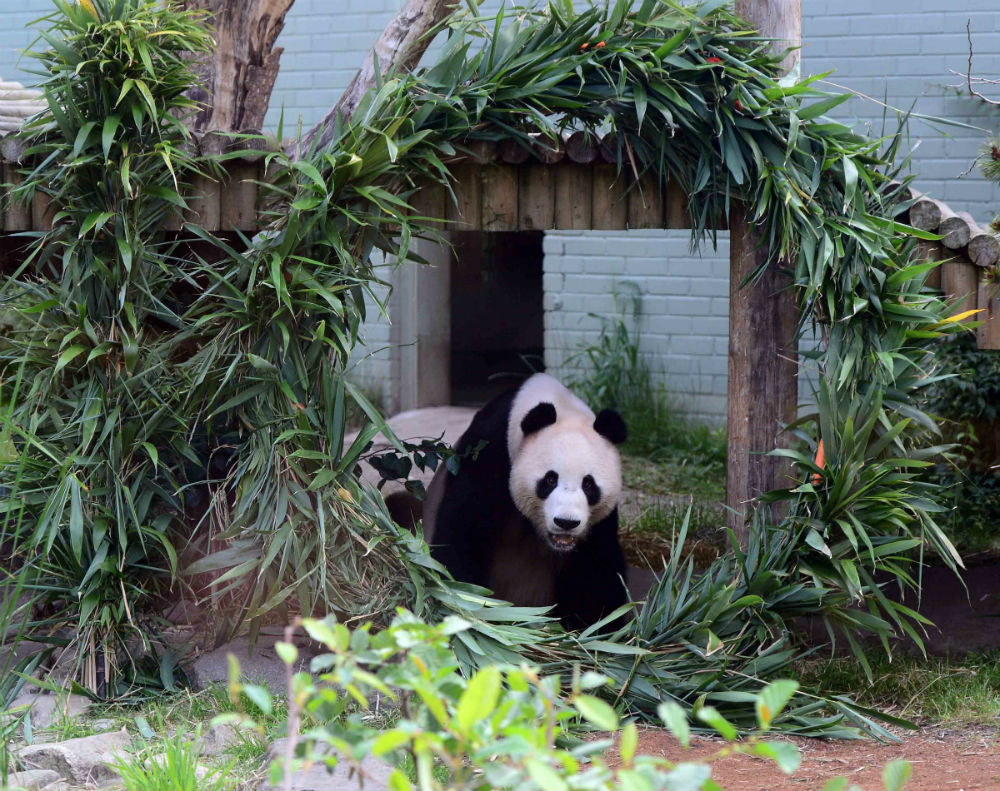 As well as revealing the panda incident, the email makes numerous other complaints and allegations.

“We are seriously worried about our jobs and the future of the zoo,” states the email.

“Some of the keepers are concerned about the welfare of the animals as sometimes they are so short-staffed and have little time it stops them giving proper care to the animals.

“There has been some near misses, mistakes and animal deaths because of it.”

The email continued: “Visitor numbers are very poor, Zoo Nights and the ferris wheel were an embarrassing disaster and got a lot of poor web reviews, and the Chinese lantern festival looks like going the same way.

“There is a dreadful atmosphere around the zoo with staff morale the lowest we have ever known it.”

The email concludes by stating that the staff involved have no confidence in the senior management.

Initially an Edinburgh Zoo spokeswoman said they did “not comment on scurrilous and unfounded allegations made by anonymous sources”.

The spokeswoman added: “The organisation takes staff welfare and morale extremely seriously and has a well-established Employee Consultation Board to draw upon the views and expertise of a broad cross-section of RZSS employees.

“Should any grievances of this sort emerge they would be raised in this forum, which we can confirm has not occurred in this instance.”

However an updated statement said: “As the Council have indicated to you, staff reported a near miss within the panda enclosure last year.

“This was fully investigated and Edinburgh Council were kept informed throughout the process. No staff or animals were harmed during the incident.”

The zoo is licensed by Edinburgh Council. Asked about a near-miss with one of the pandas, a spokesman said: “The council was notified about the incident and as a result the zoo has reviewed and revised procedures.”

Giant Pandas can be particularly dangerous inside their enclosures which they regard as territory to defend. Three visitors to Beijing Zoo were mauled between 2006 and 2009 after falling or jumping in to Giant Panda enclosures.

In 2011, a Giant Panda bit a member of staff at San Diego Zoo in California.

Elisa Allen, director of animal welfare charity PETA said: “When humans – even those experienced with animals – find themselves in a cage with a wild animal, it is sheer luck if no serious or fatal injuries occur.

“Pandas are large mammals with a fierce bite who have been known to rip off human limbs when they feel threatened.

“Those in zoos – even the so-called ‘best zoos’ – often go insane from the lack of mental and physical stimulation, making them all the more unpredictable.

“As long as we continue to treat wild animals as living exhibits, it’ll only be a matter of time before we’re talking about the next victim of a captive-animal attack.”

Scottish Conservative Lothians MSP Miles Briggs said: “This appears to have been a worrying lapse in safety procedures. However, I’m glad to see both the zoo and the council have taken steps to ensure staff safety remains paramount.”

The Captive Animals’ Protection Society (CAPS) said today: “The leaked photo showing the keeper’s narrow escape, highlights once again the very real risk to human safety created by keeping wild animals in captivity. In this year alone we have seen many similar occurrences at zoos with one leading to the tragic death of a keeper at Hamerton Zoo.

“Furthermore, the allegations by zoo staff are extremely serious and we are concerned about claims that animals have died due to lack of care. The local authority needs to urgently investigate exactly what is going on at the zoo. If they cannot provide basic care for the animals they hold captive and cannot guarantee public safety, then their gates should be shut.”

The zoo’s Facebook page continues to get a strongly positive response from visitors with around 9,000 four- or five-star reviews and 1,500 three-star or lower reviews.

Critics condemned animal enclosures closed off, kiosks shut even during the summer holiday, and high prices including a standard adult ticket costing £19.

But Linda Robertson was one of many to give the zoo five stars writing: “We had a great day, staff are friendly and helpful. Four kids aged from four to 15 and we all know if they are happy the adults are happy.”