A CHEEKY Scotsman has gone viral after leaving a hilarious review of his stay in a police station cell.

However, he was far from impressed with the service he received and shared a tongue-in-cheek post detailing his stay.

His grievances included the lack of toilet roll when he “needed a s***e” and claims he was told to take his clothes off but “wasn’t even offered a drink first.” 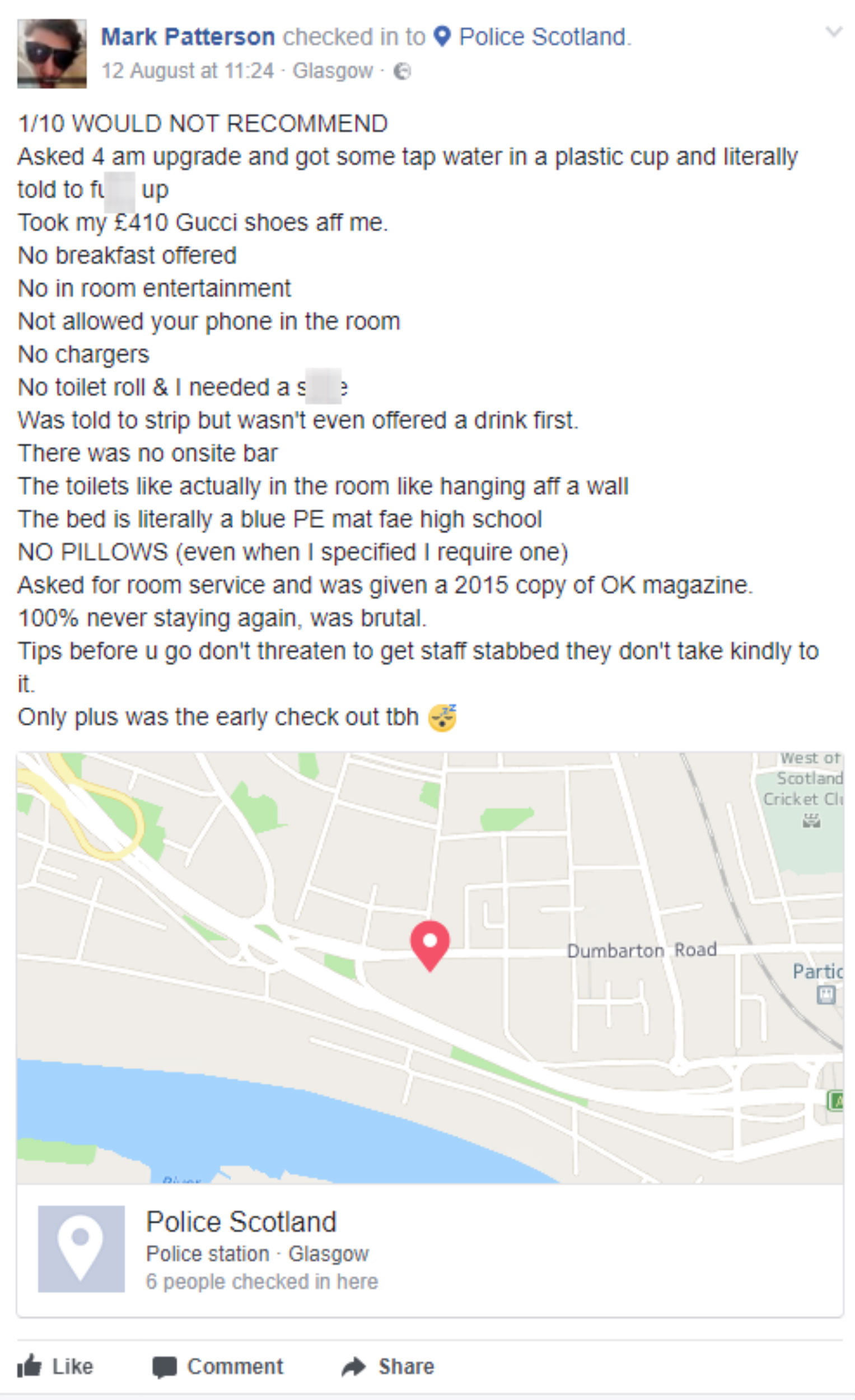 Mark shared his review on Facebook on Saturday morning which has since been liked over 9,000 times with over 2,300 shared and 2,600 comments.

“Asked for an upgrade and got some tap water in a plastic cup and literally told to f**k up.

“Took my £410 Gucci shoes aff me. No breakfast offered No in room entertainment

“Not allowed your phone in the room. No chargers.

“No toilet roll and I needed a s***e . Was told to strip but wasn’t even offered a drink first. There was no onsite bar.

“The toilets like actually in the room like hanging aff a wall. The bed is literally a blue PE mat fae high school

“No pillows (even when I specified I require one). Asked for room service and was given a 2015 copy of OK magazine.

“100% never staying again, was brutal. Tips before u go don’t threaten to get staff stabbed they don’t take kindly to it. Only plus was the early check out to be honest.”

Facebook users have been quick to react to Mark’s blunt review.

Davie Muir commented: “At least you didn’t need to stay for the breakfast it’s bowfin.”

Gordon Stewart wrote: “Definitely give this place a miss by the sounds of things.”

Whilst Martin Green added: “I see things never change. 1986 in Baird street to a cell for the bank holiday.”