TOURISM has caused more damage on Skye in the past two years than in the previous half century, according to one of the island’s longest-serving gamekeepers.

The land management expert, with 25 years’ experience on Skye, says poor management of tourism on the island is to blame with too many people descending on a handful of visitor hotspots.

Skye’s population of 10,000 swells more than sixfold during the summer months. Last week Police Scotland urged visitors not to arrive on the island without prebooked accommodation. 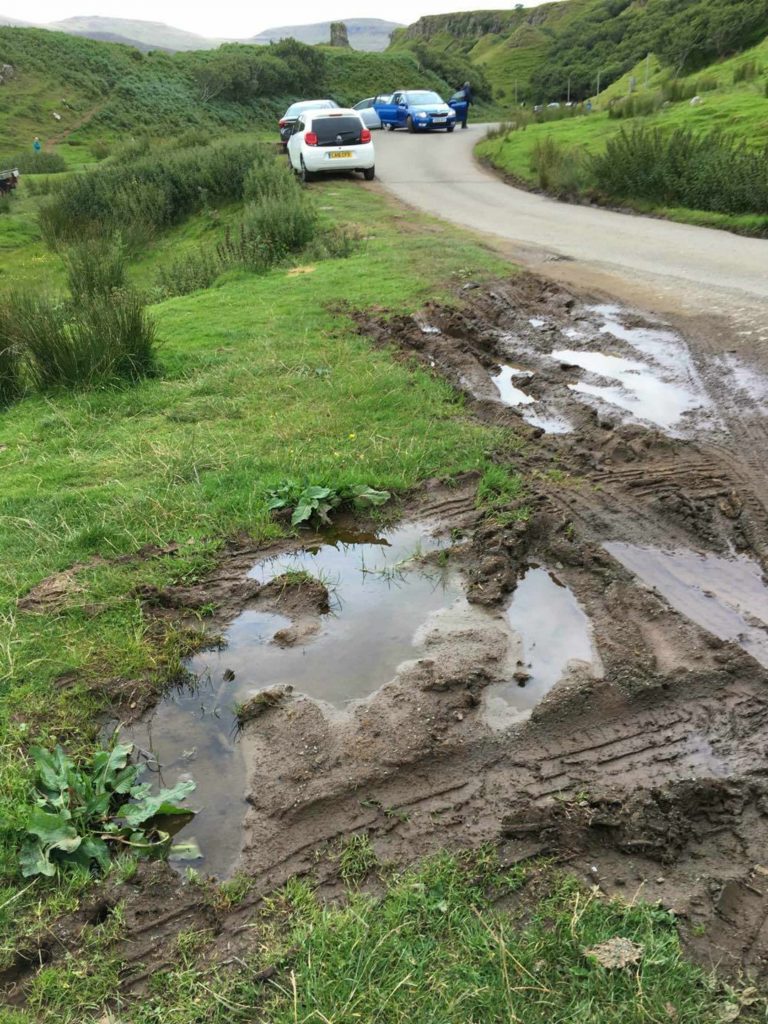 Mr MacKenzie, stressing he is not speaking on behalf of the estate, was so perturbed by the impact of tourism he took pictures of damage in one of the island’s most-visited areas, Fairy Glen or Na Cnocan.

He said: “Na Cnocan has been damaged through erosion from foot traffic and verges damaged by the high volume of traffic more in the last two years than in the last 50 years.

“The heavy foot traffic brought in by tour operators has eroded the landscape beyond local recognition.”

“Oue daily lives are now impacted on by the increased tourism to the area, the road is in a poor state and the verges are almost non-existent because of careless driving and poor parking. 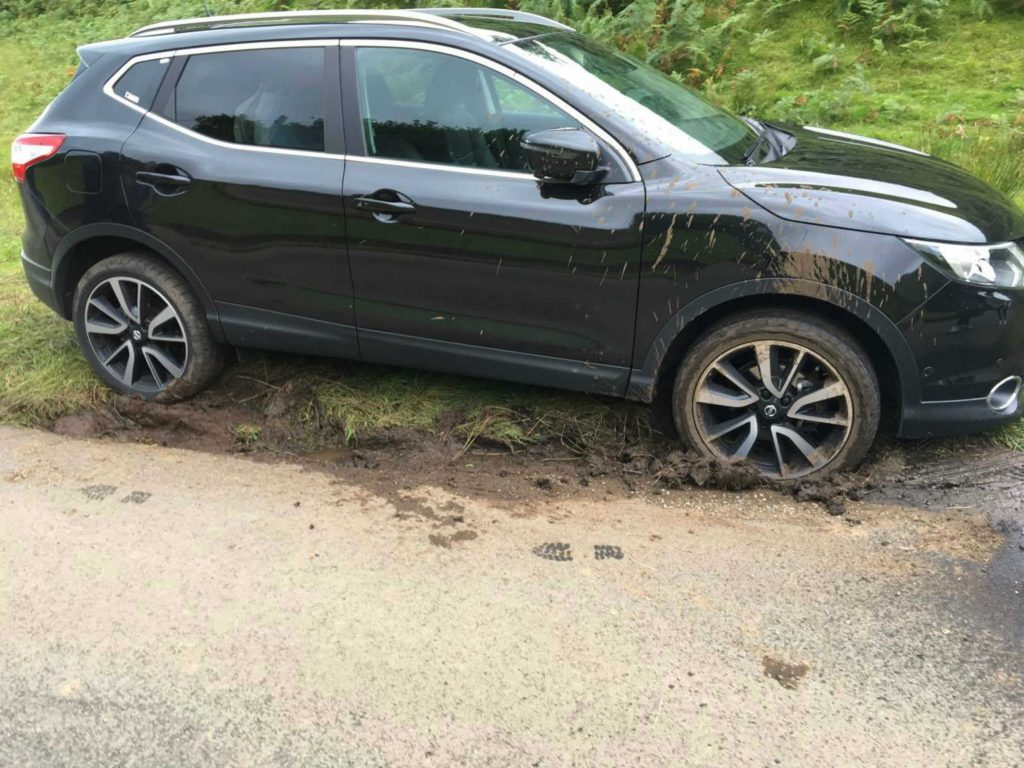 “If an ambulance or fire engine where needing to get down this road they would struggle.”

He added: “These hills make up a number of crofts and a common grazing, the impact on those trying to make a living from there traditional way of live is becoming increasingly hard.”

Mr MacKenzie says visitors need to be “educated” so that their presence causes minimal damage and disruption.

He said: “If an area looks busy, try not to add to it.

“Tourism based businesses also have an obligation to put the correct message out to there potential customers – their role is key in good management,” he added.

“We are continually told that Skye must not stand still, it must move forward we must embrace tourism! 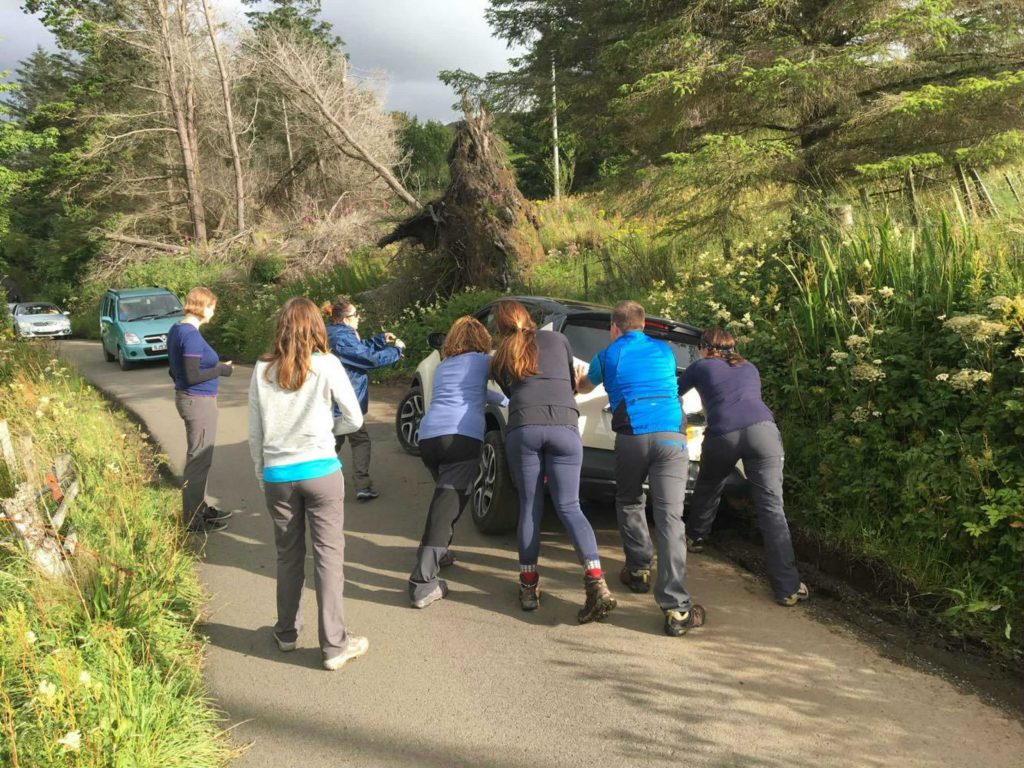 “This is what we all want, but laws and regulation should also change and move with the times to run along side of it.”

“Skye has been a tourist destination for decades and always gives a warm friendly welcome to our visitors,” said Gordon.

“In the past our visitors would explore all of the Island and find their own special places.

“Now Trip Advisor and other internet guides rate places and give top 10 lists causing all the visitors to go to the top rated three or four places on the island.

“This is causing massive strain on these particular sites, creating unprecedented erosion both to the landscape and the verges.

“In the case of the Fairy Glen there are no parking places, so the visitors park on people’s drives, in passing places and on the verges. ”

He added: “Tour companies have exacerbated the situation, doubling the amount of footfall with day trippers to the top three or four destinations and leaving little for the islands economy but doubling the erosion.”

Skye’s popularity has soared even further after it was used as the location for music videos by Kanye West and Harry Styles, and blockbuster films including The BFG and Prometheus.