FALKIRK manager Peter Houston has revealed both Craig Sibbald and Lee Miller have been hit in the pocket for their red cards in Saturday’s derby defeat to Dunfermline.

The pair were sent-off just nine minutes apart early in the second-half as the Bairns fell to a 3-1 loss that left them joint bottom of the Championship.

Houston was massively critical of the duo after the game and insisted they would be disciplined for their wrongdoings – Sibbald’s a kick out at Joe Cardle and Miller’s an elbow aimed at Nat Wedderburn’s face. 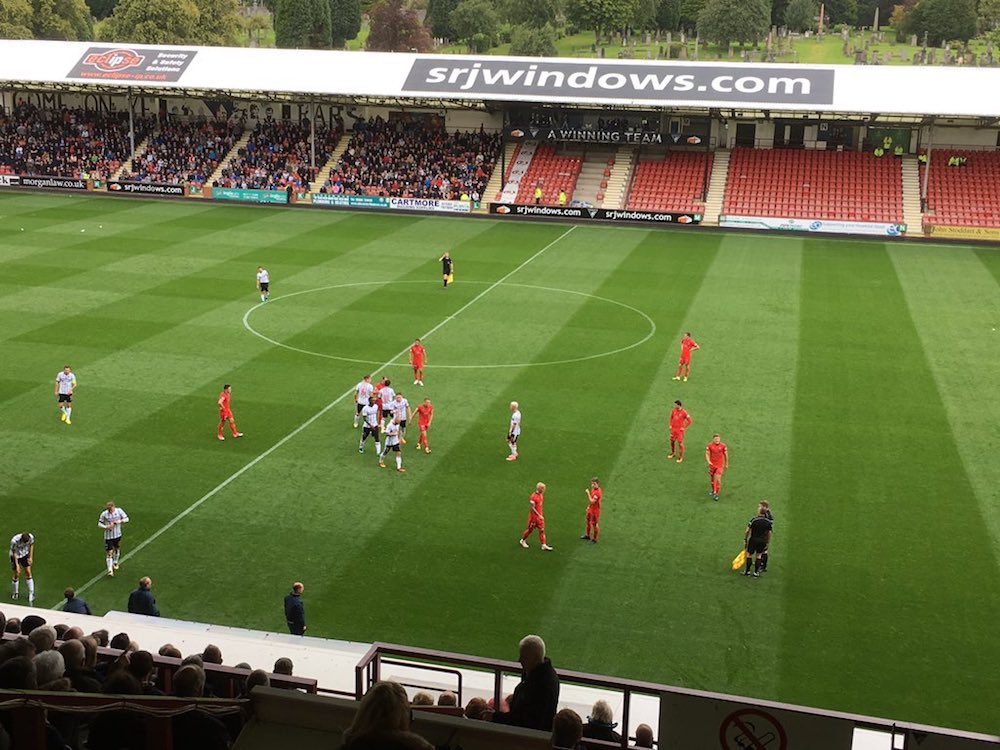 And he has now disclosed the nature of the censure, with both players making donations to Strathcarron Hospice in nearby Denny as punishment.

He said: “Our frustrations boiled over on Saturday and I’ve done something I don’t like doing, which is fining players.

“They’ll put money into Strathcarron Hospice, and they take it on board and we move on.

“We had Aaron Muirhead sent-off against St Mirren but I can take that because he didn’t deliberately try to hurt the player.

“Sibbald booted the boy. He made it easy for the referee.

“Lee just lost the rag, with frustration. It’s not like Lee and it’s not like Craig, but they know where I stand with it, trust me.

“We individualised it on Monday and I didn’t miss them, but they deserved everything they got, and I stand by what I’ve said to each and every individual, and as a team.”

Whilst Sibbald and Miller have been made to pay for their dismissals, the rest of the Falkirk squad are also suffering this week as Houston seeks a reaction from the derby disappointment.

With Queen of the South the visitors on Saturday, Houston added: “The players have been doing double sessions since Saturday and I’ve cancelled their day off on Wednesday – I’ll do that until we get it right.

“In the three years since I’ve been here Saturday is probably our worst performance. Our attitude and commitment, for a derby match – for any match – was nowhere near it, and the goals we lost were shocking.

“We went through the match in the video analysis on Monday and, trust me, a few home truths were told.”