A SCOT has gone viral after claiming he was fined for shouting “real men ride women” at police officers on their bikes.
David McCormick stated on Twitter that two male officers fined him £100 for the outburst on Tuesday evening.
The carpenter from Cambuslang, South Lanarkshire, reckoned losing the money was worth the outburst.
The post has since been retweeted more than 3,000 times, attracted over 17,000 likes and dozens of comments – some of which question whether the incident actually happened.
Sharing on his personal Twitter page, David said: “Just got £100 quid fine for shouting ‘real men ride women’ at two coppers on bikes and tbh I think it’s money well spent.”
Kirsty Scott wrote: “Legend.”
Jack Mckeown said: “Aw amazing.”
However, one follower, Paul Matthews, didn’t see the funny side, writing: “You act like a dickhead, you get what you deserve. No sympathy.” 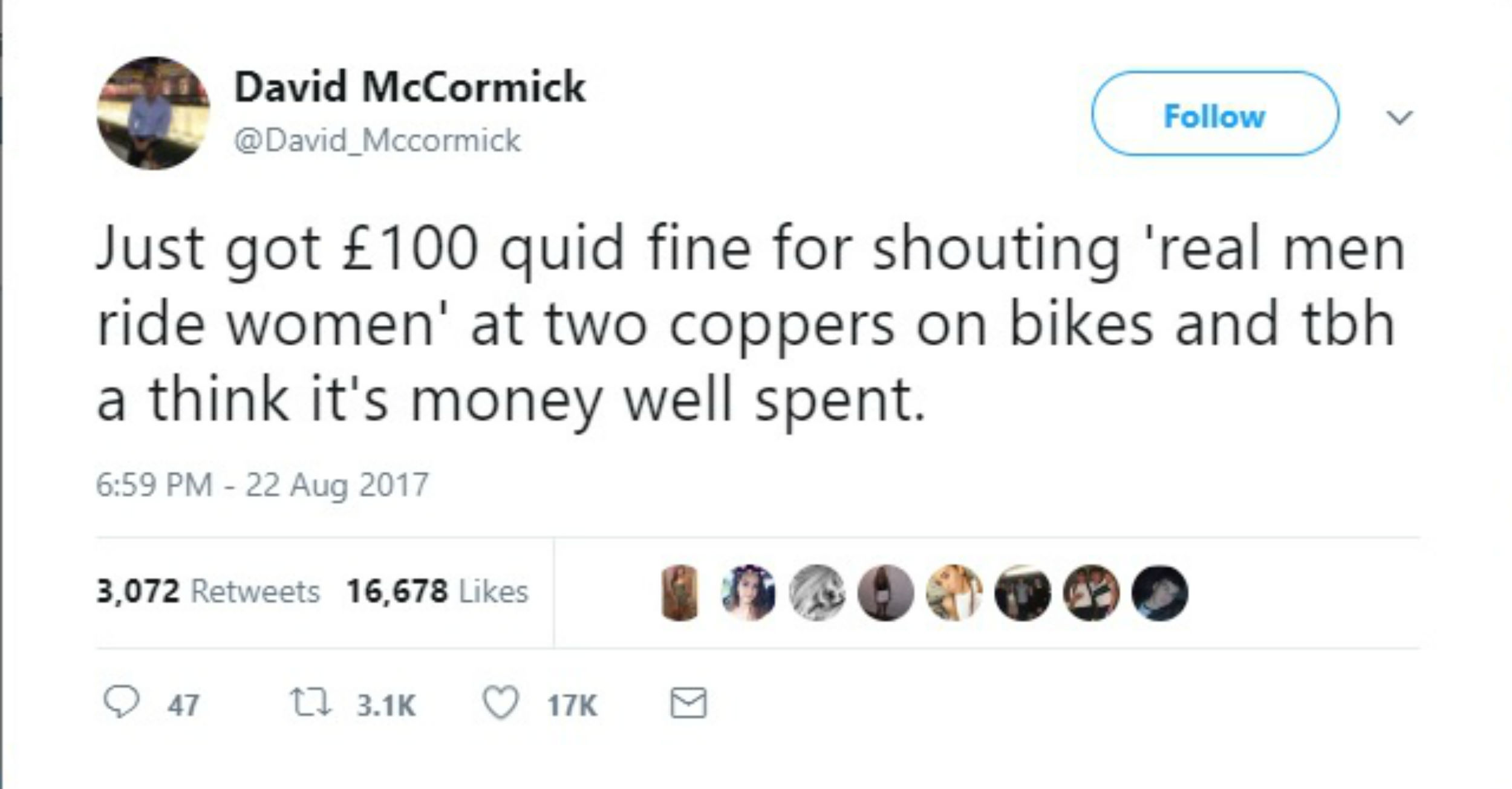 Others have accused David of making the whole scenario up.
Brian Kelly wrote: “B******s.”
And another Twitter user posted a meme showing Scots comedian Kevin Bridges sarcastically saying: “Did ye aye?”
But one of David’s friends, Andy Britton, weighed into the debate insisting: “I can clarify this happened.”
According to Police Scotland guidelines, “It is an offence to shout and swear or make gestures in a public place, such as a street or park, where such behaviour is likely to cause offence or alarm to other people in the area.”
Police then have the power to arrest members of the public for breach of the peace if they refuse to refrain from such behaviour.
Since 2004, police have had the power to issue on-the-spot fixed penalty notices for a range of low-level offences including breach of the peace. 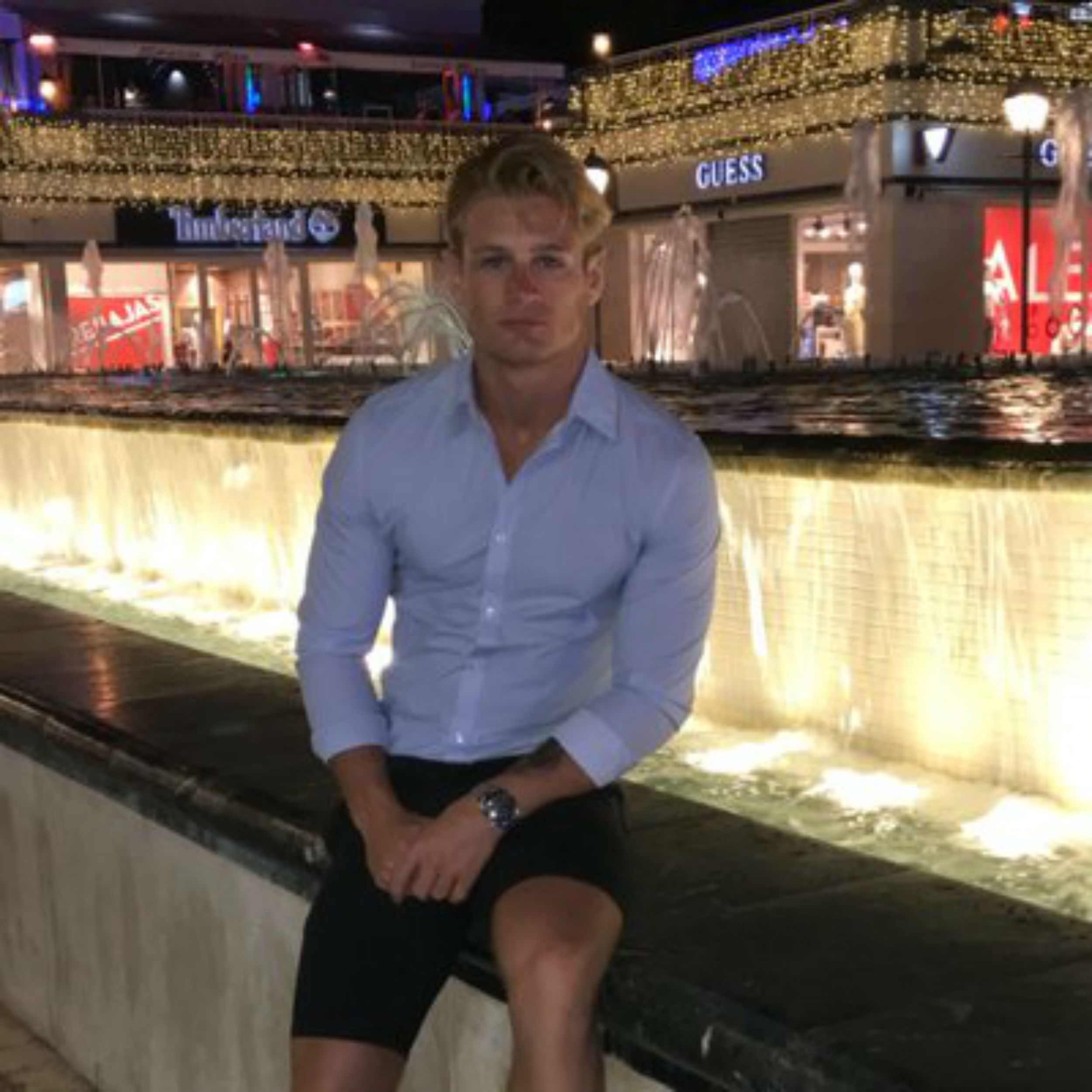