The defender had to be substituted at half-time in Sunday’s 1-1 draw with Dundee after a flare-up that led to fluid in his joints before the match.

Lennon revealed the 32-year-old, who has suffered two cruciate ligament injuries in the past, struggles to train much from week to week because of a long-standing issue with his knees. 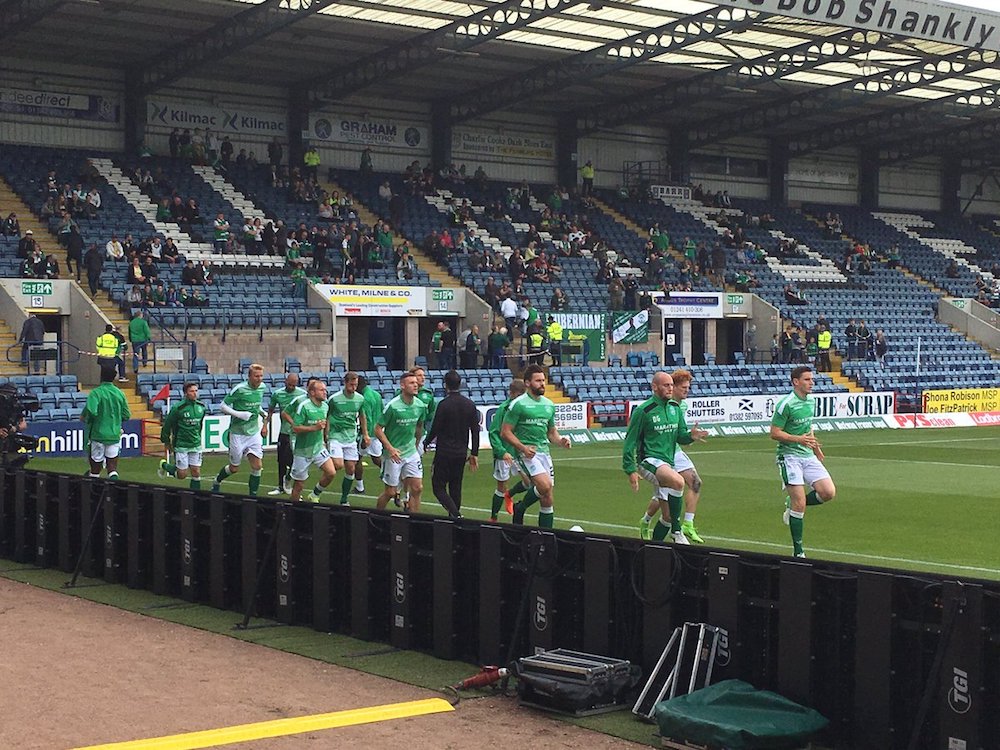 However, with the Easter Road side not now playing again until the trip to St Johnstone a week on Saturday, Lennon is keeping his fingers crossed the lay-off will help the former St Mirren and Rangers stopper recover from the pain.

He said: “Darren has had a long-term, ongoing problem with his knees. He doesn’t train and he didn’t train last season either, a bit like the Paul McGrath scenario, where he’s on the bike for most of the week.

“For the first time in a while, he just had a little bit of fluid in the knee on Thursday but it settled down enough for us to think he would be okay.

“He’s a warrior and it takes a lot for him to come off, but he was in a bit of discomfort, so hopefully the two weeks will help settle it down.”

Lennon was forced into another change 11 minutes from time at Dens Park when on-loan Manchester City youngster Brandon Barker suffered cramp on his first start for the club.

It took the shine off an impressive display from the England under-20 cap, who was twice denied from long range by Scott Bain and wasted a one-on-one opportunity with the Dundee keeper as Hibs sought a second-half winner.

Lennon added: “He just cramped up. He’s de-conditioned because he hasn’t played a lot of football.

“I was very pleased with his performance, he’s very exciting. The only thing I could criticise him for was he should have scored.

“He was a real good outlet and a real threat.”