A VIDEO shows the moment a Scot hilariously fails to pull off a front flip into the sea and lands painfully on his back.

The daredevil is filmed as he performs the stunt from jagged rocks at least 20ft above the water.

Daniel MacGregor leaps into the air and starts to roll forward but appears to change his mind halfway through the manoeuvre.

Legs and arms flailing, the bar tender from Edinburgh, smacks into the sea, creating a huge splash and gales of laughter from his pals.

Daniel decided to try the acrobatics in Ibiza, where he is working at the Highlander Pub in Sant Antoni de Portmany.

The short clip begins with Daniel walking over to the edge of a small cliff before gingerly walking back from the edge to take a run up.

The person filming the clip is heard laughing and a boat’s engine can be heard in the background as Daniel, wearing only his swimming shorts and black trainers, begins his run up.

After negeotiating the rough terrain Daniel is seen throwing himself head first over the rocky outcrop.

Plunging towards the water with his arms out stretched and legs flailing around, he completely fails to rotate as his friend erupts with laughter.

Speaking today (tues) about the video, the brave Scotsman said: “It was filmed last Thursday in Ibiza. It wasn’t a dare, I thought I could do a front flip, but obviously not…”

Daniel uploaded the funny clip onto Twitter and wrote: “Was pretty confident a could pull off a front flip but…” 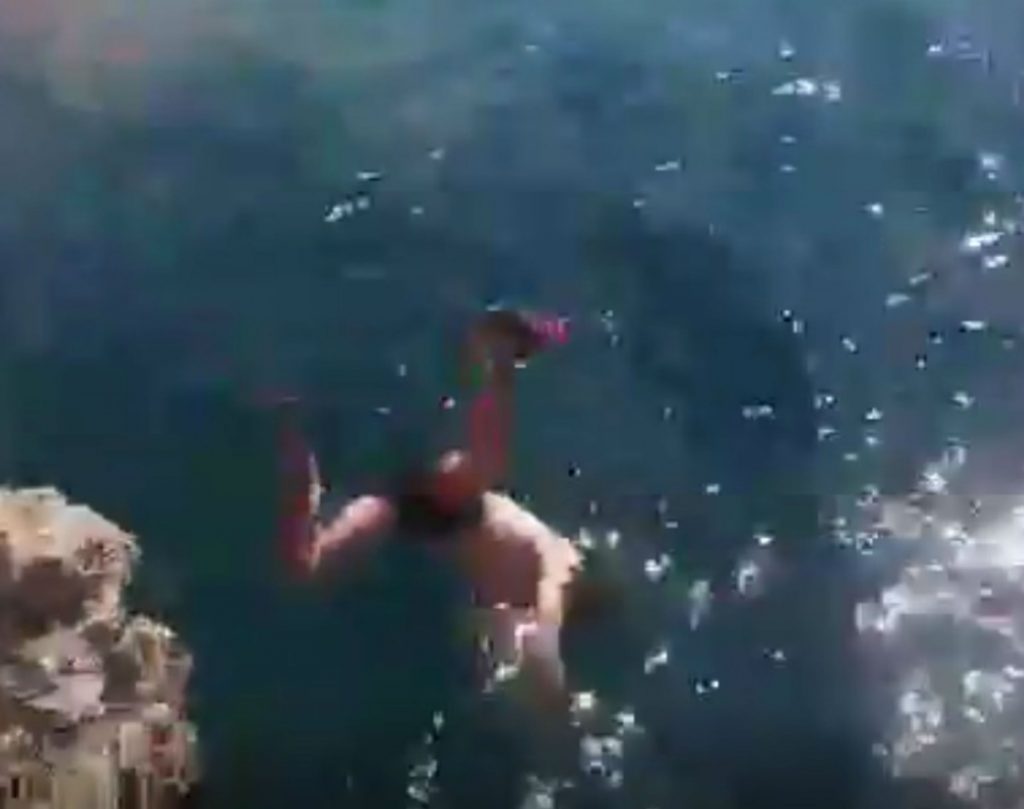 @DeclanPaterson1 said: “Shame u never splattered yersel aff the rocks that would of been class”