OUTLANDER fans – some of them in swimming gear – are having to be saved by mountain rescuers after flocking to a beauty spot which features in the hit show.

Finnich Glen and the Devil’s Pulpit, near Killearn, Stirling, are seen in an episode of the series and that has prompted a big increase in visitors.

But at least four “cold, wet and trapped” people have had to be pulled out with ropes since May. 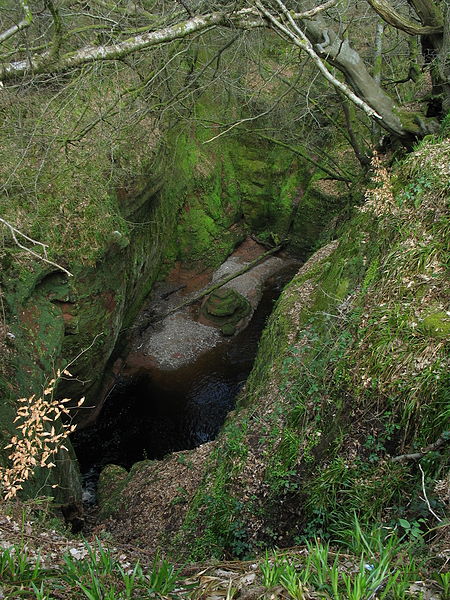 Lomond Mountain Rescue Team (MRT) say they would normally be called to the
spot about once or twice in an entire year.

They have now cautioned that travelling the full length of the gorge is “committing” – requiring swimming and canyoning skills.

In Outlander season one, Dougal MacKenzie uses “truth-inducing” waters from the Devil’s Pulpit on lead character Claire Randall to find out if he could trust her.

The beauty spot also featured in the movie The Eagle, starring Channing Tatum as a Roman soldier.

A spokesman said: “During recent weeks Lomond MRT has seen a significant rise in call outs to the stunning natural feature of Finnich Glen and the Devil’s Pulpit. 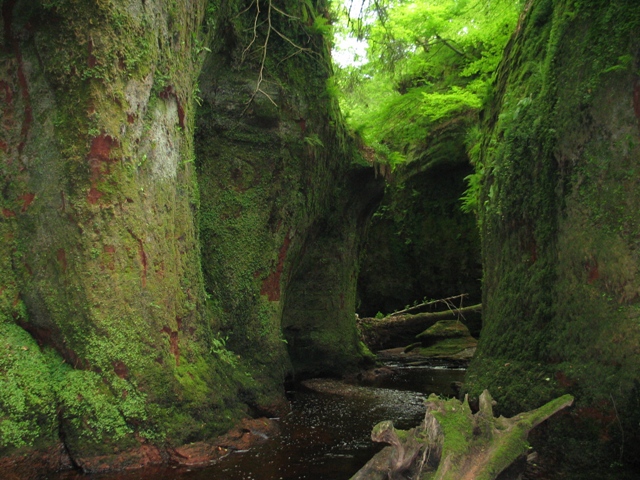 “This summer we have received four emergency calls here back-to-back. Generally we are called once or twice per year.

“The marked increase in visitor numbers has followed the gorge featuring in several recent appearances on film and television, in print and online.”

The spokesman said none of the people rescued were injured. He said: “Some were fully clothed, some were in swimming gear suffering from the cold.

“A visit to the Glen can be a memorable experience but we would like to bring to the public’s attention several safety concerns and potential hazards.”

“Exceptionally well hidden, the edges of the gorge are vertical, occasionally overhanging, dropping nearly 70ft into the river. At the narrowest point you can touch both its walls.”

Anyone getting into difficulty in the depths of Finnich Glen would not be able to alert anybody as there is no mobile phone reception there, said the spokesman.

He added:”Travelling the full length of the gorge is committing, it can require swimming and canyoning ability, with the appropriate equipment, to negotiate the river safely.”

“There are very few points where it is safe, or indeed possible, to climb out.

“Despite it officially being the summer, the water is cool and its level rapidly rises after heavy rain. Consequently hypothermia is a real concern if you are not suitably clothed.

“There are several deep pools along the route. During high water there are a number of submerged potential trap hazards.”

Mountain rescuers also said police had been called out on a number of occasions to deal with cars badly-parked on verges in the area.

Outlander has given Scottish tourism an enormous boost thanks to featuring several beauty spots and famous old buildings.

Historic sites featured in the show – including Doune Castle in Perthshire, and the villages of Culross and Falkland in Fife, have seen visitor numbers soar by up to 40 per cent since the show went on air in 2014.

Visitor numbers from North America to Scotland have been boosted by almost a fifth, while the overall number of international tourists visiting Scotland rose by six per cent last year off the back of the hit TV show.

A report by VisitScotland found that almost a quarter of visitors to Scotland were inspired to come by a book, TV programme or film, with Outlander being quoted as one of the biggest draws.