A SHOCKING video shows the moment a child having a tantrum at an airport bites a passenger’s leg.

Jack Munro was already experiencing the journey from hell when the youngster sank his teeth into his shin at Vaclav Havel Airport, Prague.

Jack, and pal, Dean Maxwell, were forced to wait seven hours for their flight back to Glasgow when the tiny terror struck.

Dean and Jack both filmed the incident and their clips have so far been retweeted 24,000 times and received nearly 53,000 likes.

At the start of the footage, the little boy leans against Jack.

The child, who appears to be around five years old, is heard giggling and laughing with his head resting on Jack, who asks “What is happening?” and “Hello, what’s going down?”

Unabashed, the little boy continues to squeal and laugh as Jack says: “He just bit me, get to f***, he just bit me.”

The boy rolls back again and appears to go for a second nibble buts Jack pushes him away in time and says “not a chance”. 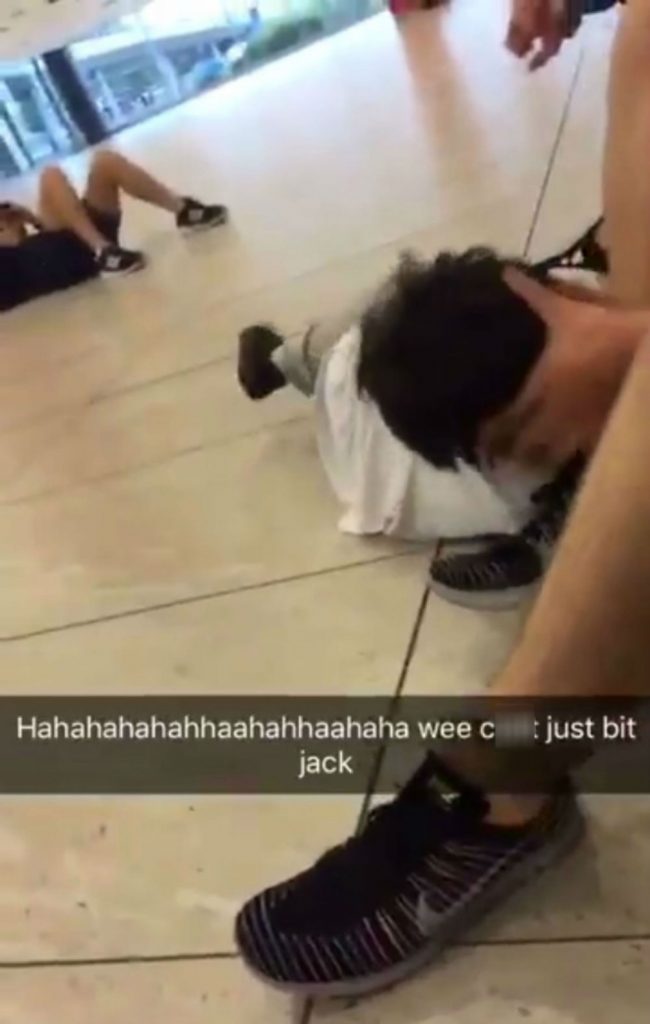 Speaking about the clip today, 22 year-old chef Dean said the boy’s mother was nowhere in sight at the time of the incident.

“His mum didn’t show up for another 20 minutes and then just took him away,” said Dean.

He added that the carniverous kid made an alreay miserable situation worse.

“It was absolutley horrible to deal with. We had to go to the airport seven hours early because we had to check out of our apartment at 11am in the morning and couldn’t wander about Prague because it was raining.”

Hundreds of social media users have also commented on the footage.

@Martin_Wilson01 said: “I’m crying, he gave the most Scottish response ever”

@CatherineWhyte7 wrote: “This is actual so funny every time I watch it it gets funnier”

@chelsshorex tweeted: “I would fully boot this child”