A BUS passenger at the centre of a hilarious viral tweet has explained why the driver was right to call him a f***y.
Stephen Burnett posted a complaint to Lothian buses at the weekend about the Edinburgh driver’s insult.
But when the bus firm promised to investigate, the 25-year-old replied: “Nah it’s sound, I was being a f***y”.
The electrician from Edinburgh has had thousands of likes and retweets since posting the disarmingly honest reply. 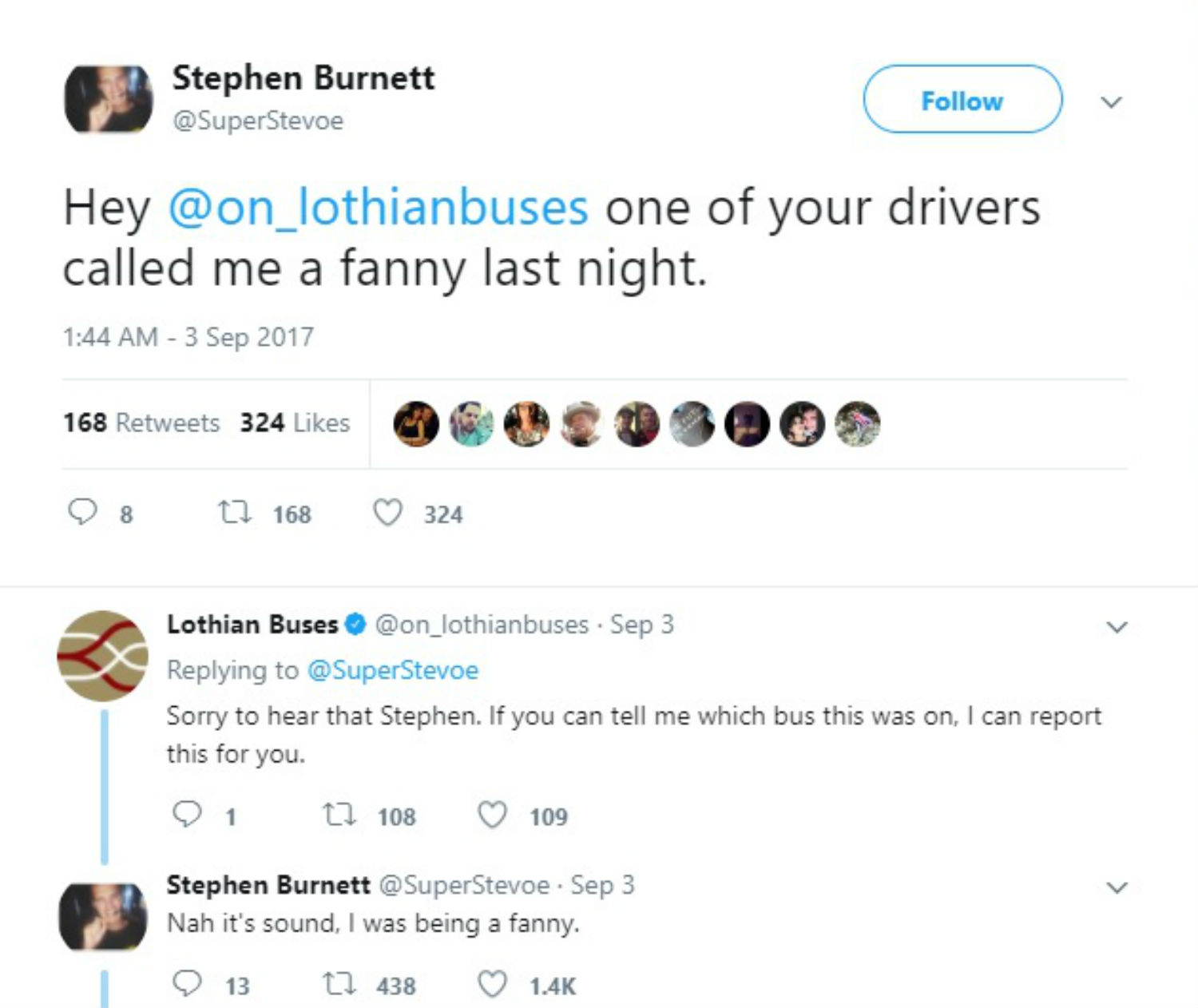 And today (Tue) he explained what led up to the exchange. Essentially, Stephen breached public transport protocol by trying to board the bus before departing passengers had got off.
He said: “The driver was having a right moan at me because I got on before everyone was off.
“So me being drunk when I got off I said it’s fine if you’ve not had a ride in a while mate, it happens.
“He called me a f***y but it was fairly good-natured.”
He added: “The driver actually tweeted me earlier saying he was just stating facts but understandably he deleted it.”

In his original post, Stephen stated: “Hey @on_lothianbuses one of your drivers called me a f***y last night.”
Lothian responded: “Sorry to hear that Stephen. If you can tell me which bus this was on, I can report this for you.”
It was then he replied: “Nah it’s sound, I was being a f*****.”
Alicia W replied on Twitter: “Funniest thing I’ve seen on here today.”
Amanda Howley said: “This tweet has made my day. We have all been there.”