A DAREDEVIL has been filmed standing up on a fairground gravity wheel ride as it spins at high speed.

The popular ride uses centrifugal force to pin thrillseekers to the wall, against which they are supposed to lie completely flat.

But a jaw-dropping clip filmed last month at a festival in Scotland shows a man standing on the wall with his head towards the centre of the rapidly-spinning ride.

The clip from the Irvine Marymass festival, Ayrshire, has now gone viral.

Over caption over the clip reads: “am sorry WHIT”

Talking about the clip, he said: “I thought it was hilarious and I wanted to try it.” 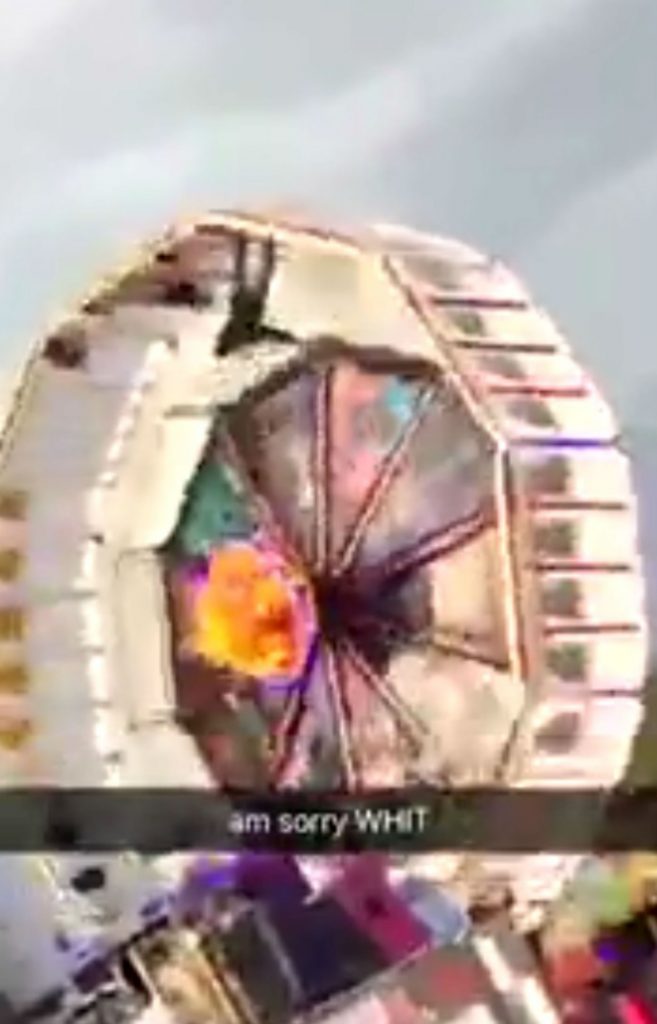 Social media users have also commented on the clip.

@Mylo_ryanXyloto commented: “Wtf is he a magnet”

A spokesman for the Health and Safety Executive said they would investigate the incident.

“We were unaware of this incident but will now be following up with the ride operator,” said the spokesman.