BIZARRE footage shows a man using a cash machine in broad daylight – in his underpants.

The man is wearing a bright blue jacket but below the waist is clad only in a pair of white pants.

The clip was filmed from a passing car early yesterday evening in Sunderland outside a Post Office.

A passenger in the car can be heard laughing as the bright red shutters of Grangetown Post Office come into view.

An unidentified man can then be seen bending over the cash machine without any trousers or shoes on.

The driver and passenger of the vehicle can be heard laughing as they pass the man, who appears to be clinging to the cash machine for dear life but he stands up just as the car passes him.

Grangetown postmistress Pauline Hardgrave said: “I heard that it was after I closed up last night. Those are our shutters that he’s standing in front of.” 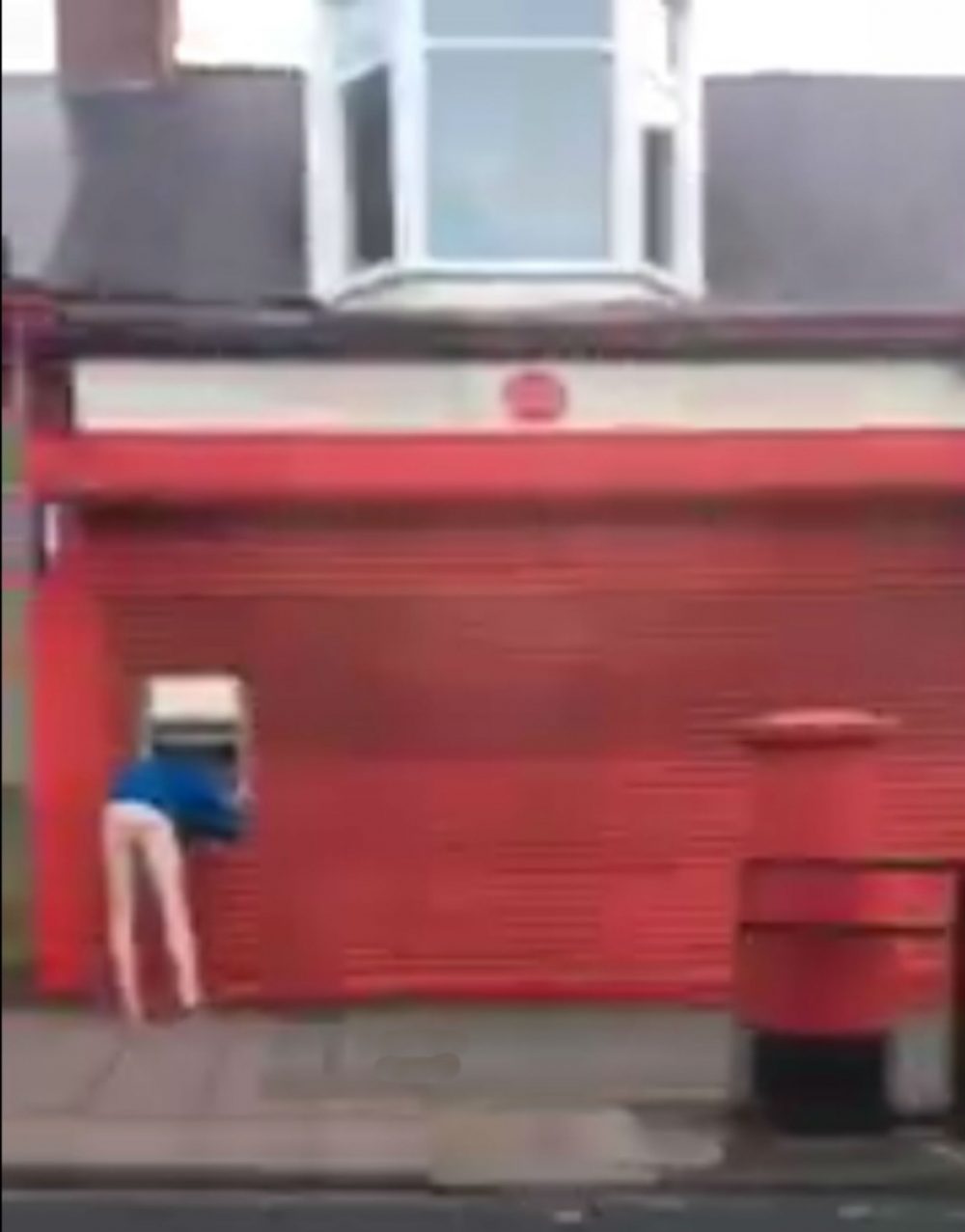 When asked if the incident was commonplace in the area, a laughing Pauline replied: “No, it is definitely not something that usually happens.”

Melissa Daglish, a waitress in Eat It Sweet, a tea room further up Stockton Terrace, said: “It doesn’t surprise me. You get a lot of characters around here, let’s put it that way.”