THE farmer who led a revolt against cyclists racing on rural roads today insisted “bearded hooligan” bikers started the trouble.

John Marshall, who admits he was the “ring leader”, claimed some of his friends were shoulder-barged by cyclists as they tried to stage a peaceful protest.

Mr Marshall and many fellow Scottish Borders farmers are fed up with the annual Tour o’ the Borders race, claiming roads are needlessly shut and cars delayed.

The 60-year-old, backed by friends, was caught on camera holding a stick and attempting to slow down cyclists near Peebles during the race on Sunday.

The incident caused a sensation after several cyclists alleged they had been struck, a claim Mr Marshall vehemently denies. Police are now investigating.

Mr Marshall, who owns Rachan Mill Farm in nearby Broughton, said today (fri): “Four of us organised it. I don’t want to name the other three but I was the ringleader.

“We waited until the police bike and tour car had gone round.

“We blocked off the road and had draining rods in our hands but they were basically touching the ground so we weren’t appearing violent. It was meant to be a peaceful demonstration so they would stop and we could have dialogue.”

He added: “We tried to shout at them that we were pedestrians and one of them shouted ‘morning’ thinking we were there to support. 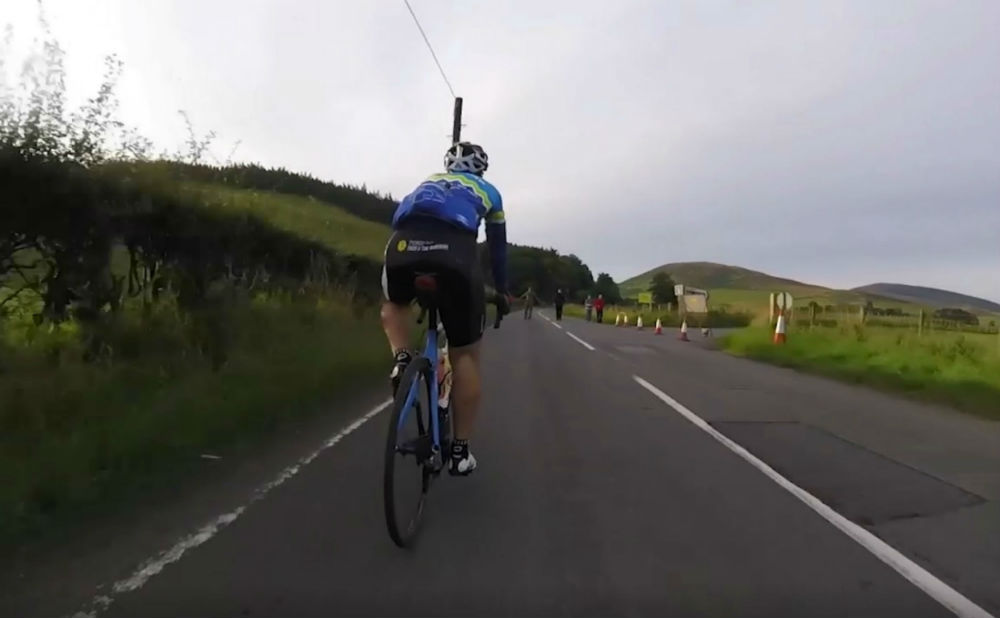 “I started to say we were pedestrians again but they started to push through. Two of us got shoulder-barged and I got grabbed so I shouted back at the guy who I could only describe as a bearded hooligan.

“From what I saw nobody touched the ground, nobody was pushed except for ourselves. For them to say what they have – I hope they can back it up.”

He also believes the calm protest could have gone as planned had the cyclists been following the correct guidelines. He added: “The other thing is that they were racing – it’s supposed to be a ‘tour’ and it even says on the pamphlet “this is not a race”.

“If they were just touring they would’ve been able to stop and have dialogue.”

Mr Marshall said motorists are “held up every day of the year” by cyclists. 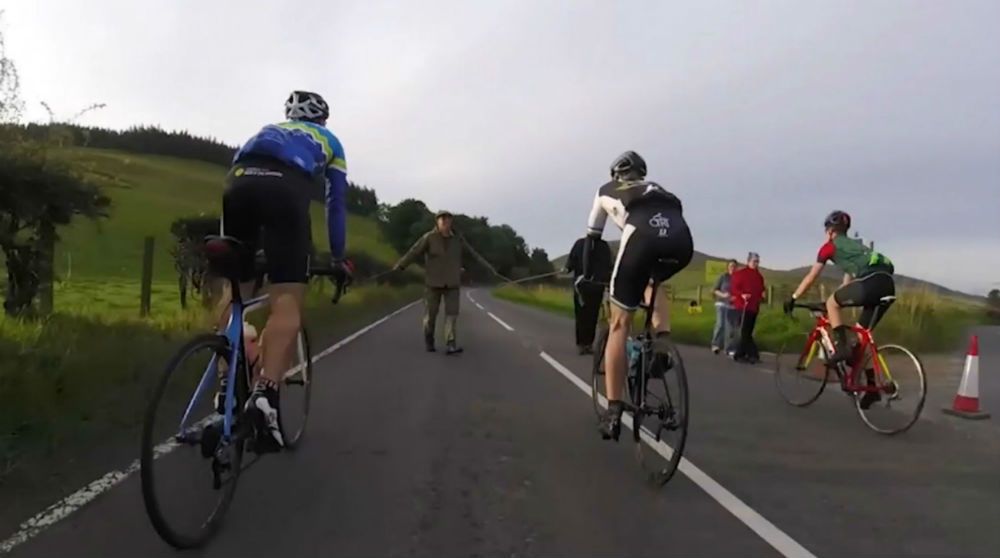 He said: “And we’ve been getting more and more abuse from them when we’re just trying to go about our daily lives, and for the cyclists to suddenly shut off the road is a bit of an indignity as they get the police to monitor the event and it’s basically a waste of police time.

“I’ve asked the police coordinator to put it on record that police time is being wasted over what is basically a storm in a teacup.

A spokeswoman for Police Scotland said the incident was still under investigation.