THE GIRLFRIEND of missing airman Corrie McKeague has shared bittersweet images of her first family holiday with their daughter.

Both images, taken using Snapchat filters, show the 21-year-old fitness instructor beaming with pride while the little one is shown sat on her lap wearing a white dress.

The adorable photographs were posted on April’s Facebook page in the early hours of this morning.

She wrote: “Mummy and princess on our first family holiday. I love this little bean. You’re my world.”

The photographs come just weeks after April shared a photograph on social media showing the tot nuzzled into a blanket sleeping.

Ellie Louise was born in June – almost nine months after Corrie went missing on September 24 following a night out with friends in Bury St Edmunds, Suffolk.

The RAF gunner, from Dunfermline, Fife was last spotted at 03.24am walking into an enclosed area used for waste collections.

Last month, Suffolk Police announced they would be halting searched on a landfill site in Milton, Cambs – despite believing Corrie would be found there.

Search teams worked tirelessly, sifting through 6,000 tons of rubbish – looking for items which relate to the date Corrie went missing.

Police have now enlisted another police force to review their investigation before deciding what to do next. 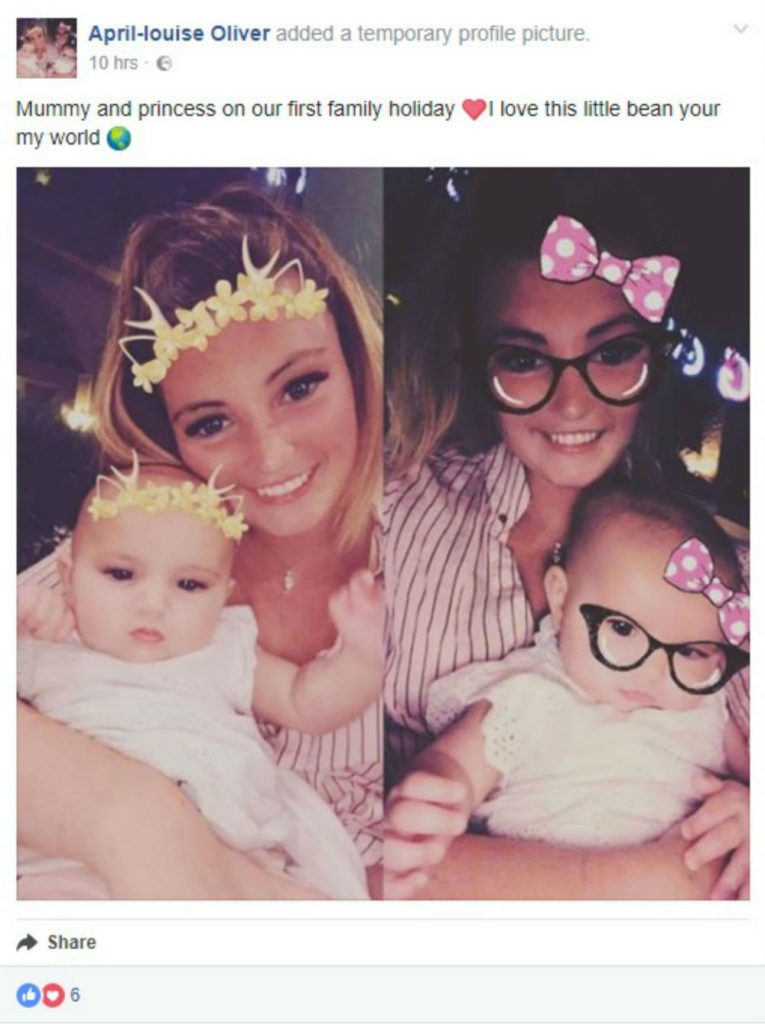 In the meantime, Corrie’s mother, Nicola Urquhart has arranged for a Crimewatch-style walkthrough to take place on Sunday 24 September – to mark one year since her son vanished.

Along with family members, she will be retracing the last known steps that Corrie took, with anyone who wishes to turn up in a bid to rejig the memory of anyone who may have seen something.