The institution added that it will now review its breeding programme over the past five years but remained “hopeful” a cub would be produced.

The zoo has faced a severe backlash on its Facebook page since announcing Tian Tian’s pregnancy had ended in failure.

Dozens of animal lovers have urged the zoo to abandon its panda breeding programme and accused it of putting profit before the welfare of Tian Tian.

It was revealed last month that the panda was pregnant following a fifth attempt at artificial insemination. Yesterday, the zoo confirmed there would be no cubs this year. 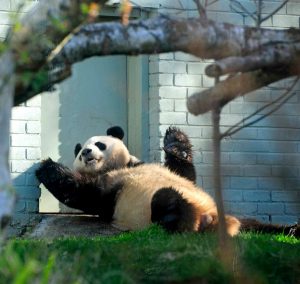 Today, a spokeswoman for the Royal Zoological Society of Society (RZSS), which owns the zoo, said: “Tian Tian is likely to have reabsorbed the foetus later on in her cycle, as is common in giant panda breeding.

“We are currently investigating how far the pregnancy developed.

“It will take several weeks for a thorough review of this year’s breeding season to be conducted – we will review scientific data from the last five years and apply learnings from our own work and that of our international partners.

“Next year’s plans will be developed following the full review of all processes and procedures carried out this year.

“We remain hopeful that successful giant panda breeding will be possible in the future.”
Since the announcement that there would be no cub, there have already been 150 responses on the zoo’s Facebook page, most of which are critical of the zoo.

One critic, Heather Quigley, pleaded: “Leave the poor animal alone. No animal should be put through this to boost your coffers.

“We will no doubt get the old conservation lament, but you can’t deny a baby panda would fair bring in the cash.

“Mother Nature dictates when and if they give birth. Poor girl.”

Jillian Thomson wrote: “l truly think they should just leave her alone and stop trying to get her pregnant what she goes through every season. It’s so sad. Let her enjoy her life in peace, she has suffered enough.”

Andrew Pole said: “They have bred before and had babies but that’s because Chinese people did it the proper way, not forcing them to breed, they let them do it when they chose too. Zoo needs more experience.”

And Erica Law wrote: “I think it’s disgusting how this zoo has abused its own position. That poor pandas just so they can make money off the panda and its future cubs. I will never step back in that zoo again.”

Another critic claimed the focus on pandas was damaging the institution. The zoo pays the Chinese government £600,000 annually to rent the animals. The cost of feeding them is reckoned to be £100,000 a year.

Alan Scott wrote: “The zoo has closed dozens of enclosures and turned them into half a***d garden areas because the faulty panda costs so much to feed. The zoo is nothing like as good as it used to be.”

But others offered their support to the zoo, including Sophie Aldus, who wrote: “Of course money comes into it. Name something it doesn’t. Point is that the species is in a state and our species is partly to blame for that.

“That the panda was last year upgraded from endangered to vulnerable shows that conservation efforts must be working.

“Conservation costs money. Being able to see the animals in person makes people more likely to part with it.” 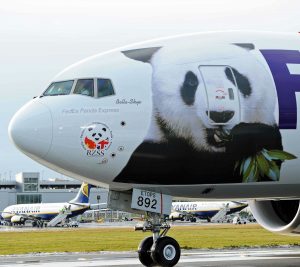 And Hannah Laws wrote: “This is ridiculous. RZSS are at the absolute forefront of conservation, with many projects worldwide, including – yes – animals that have been returned to the wild.

“As to the giant pandas specifically, China does not just loan its pandas out easily, the plans for the enclosures had to be designed very sensitively for the animals’ comfort and well-being for us to even be considered as their destination.

“All new enclosures are designed with such care in mind, animal comfort the absolute priority and they all have areas that are open where the animal can remain off-show should they wish to do so.”

News of Tian Tian’s pregnancy broke last month after email exchanges between the Scottish Government and Edinburgh Zoo revealed an expected due date of August 25.