THE moment a worker breaks his nose trying to get into a moving vehicle has been captured in a wince-inducing video.

Ross Jarrett manages to step inside but is violently thrown forward when the driver brakes.

The 27-year-old smacks his face off the dashboard with a sickening crunch before the clip cuts out.

A picture of Ross, from Dunfermline, Fife, was later posted showing his badly-gashed nose and the caption: “The aftermath.”

Ross and his workmate Gavin Tawse, 26, both rope access technicians had been working in Falkirk on Monday.

In the clip, the van is moving when Gavin shouts “quick” to his friend. Ross, stepping nimbly into the van, replies “stop then”. 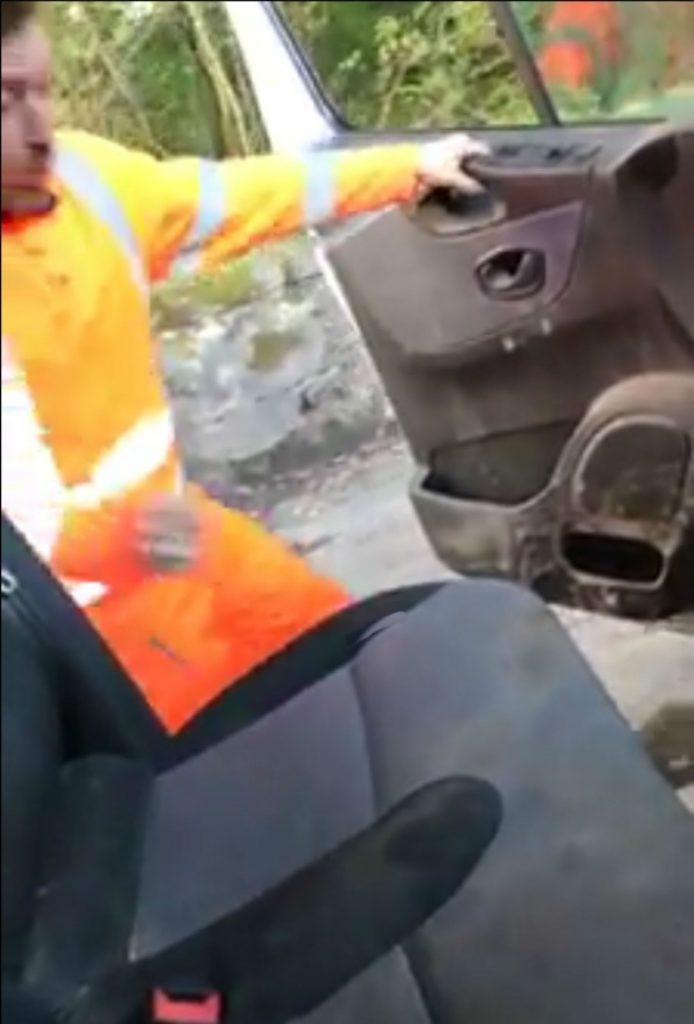 Gavin takes the request very literally and steps on the brake, bring the van to a sudden halt and throwing his pal forward.

Gavin said today (thu): “I was driving off and he told me to stop so I stopped probably just a bit too hard, it was a total freak accident.

“We had just finished a job and were going home.

“He’s got a broken nose and a laceration.”

Facebook user Nicola Anderson said: “You’ll have a beak like a budgie now Ross Jarrett”, with a crying with laughter emoji.

Martin Tawse said: “I actually can’t stop laughing at this. Stop then”, accompanied by three crying with laughter emojis.”

Jarrett adds: “It would have been funny for me if the shoe was on the other foot…nose is agony.”