DAVID GRAY insists not being guaranteed a starting berth as club captain highlights the strength in depth that can drive Hibs to success this season.

The full-back has started the last two games against Dundee and St Johnstone and is in line to again lead the team out against Motherwell on Saturday afternoon.

But the Scottish Cup hero of 2016 had been left out of Neil Lennon’s plans for the previous two matches after missing the opening-day win over Partick Thistle through suspension. 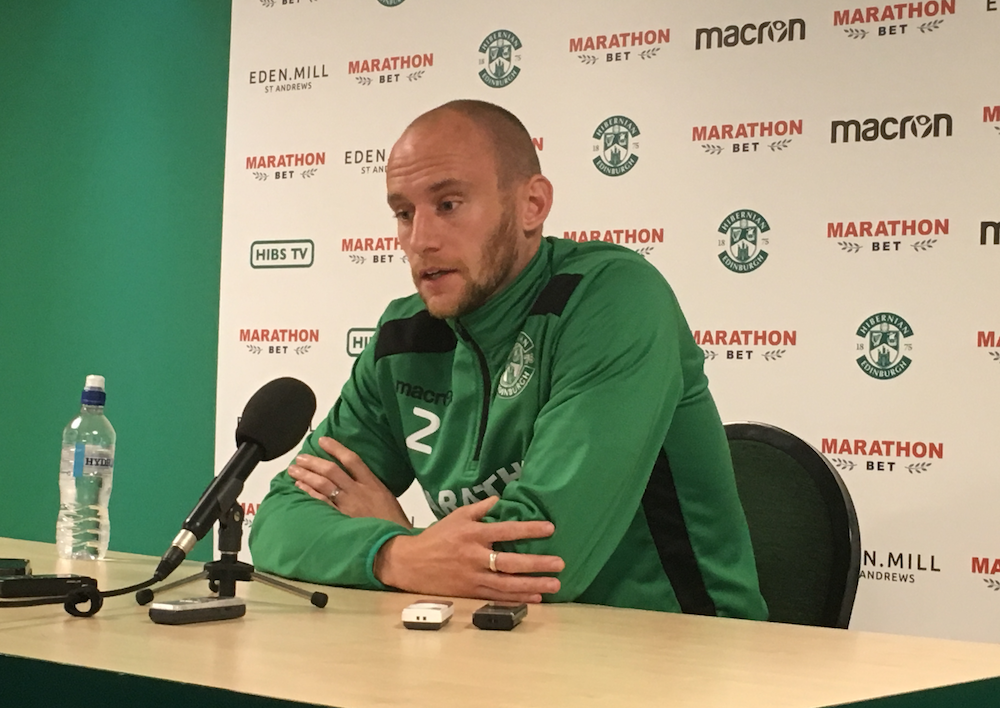 The 29-year-old has confessed to frustrations at being overlooked on the club’s return to the Premiership but is adamant the fierce competition for places all over the squad can only be a good thing.

He said: “I was suspended for the first game of the season and then the lads won. That’s football, that’s just the way it goes.

“I had to be patient, I had to continue to work as hard as I could in training, knowing that if something came up or there was an injury or the manager asked me to play I would be ready to play.

“I got the opportunity away to Dundee and I’ve played alright in the last couple of games.

“Just because you’re captain doesn’t give you a divine right to play.

“I think competition for places is so important all over the pitch. It keeps you on your toes but, more importantly, it gives the manager a real choice.

“It spoils him a little bit and sometimes makes his decision harder.

“When everybody’s fully fit he’ll have problems naming a squad of 18, never mind an 11. He must have a selection headache at times.”

Hibs face an on-form Motherwell side who have won their last three matches, whilst the Easter Road outfit have not tasted victory themselves since stunning Rangers at Ibrox month ago.

Gray added: “We know the dangers they’ll possess. It’ll be a very difficult game. We’ve worked hard all week making sure we’re ready for it.

“In this division, you’ve got to expect tough games every single week. As we found out against Hamilton, if you don’t play as well as you can, or you switch off, you’ll get punished in this league.”