CHAMPIONSHIP leaders Dunfermline have been dealt a massive blow after it was revealed that on-form Joe Cardle has torn his hamstring.

The 30-year-old, named the Championship player of the month for August, is now expected to be sidelined for up to six weeks with the injury.

The former Airdrie and Ross County winger pulled up 15 minutes into Saturday’s 3-0 victory over St Mirren as the Pars went back to the top of the table, and it immediately became clear he had damaged his hamstring. 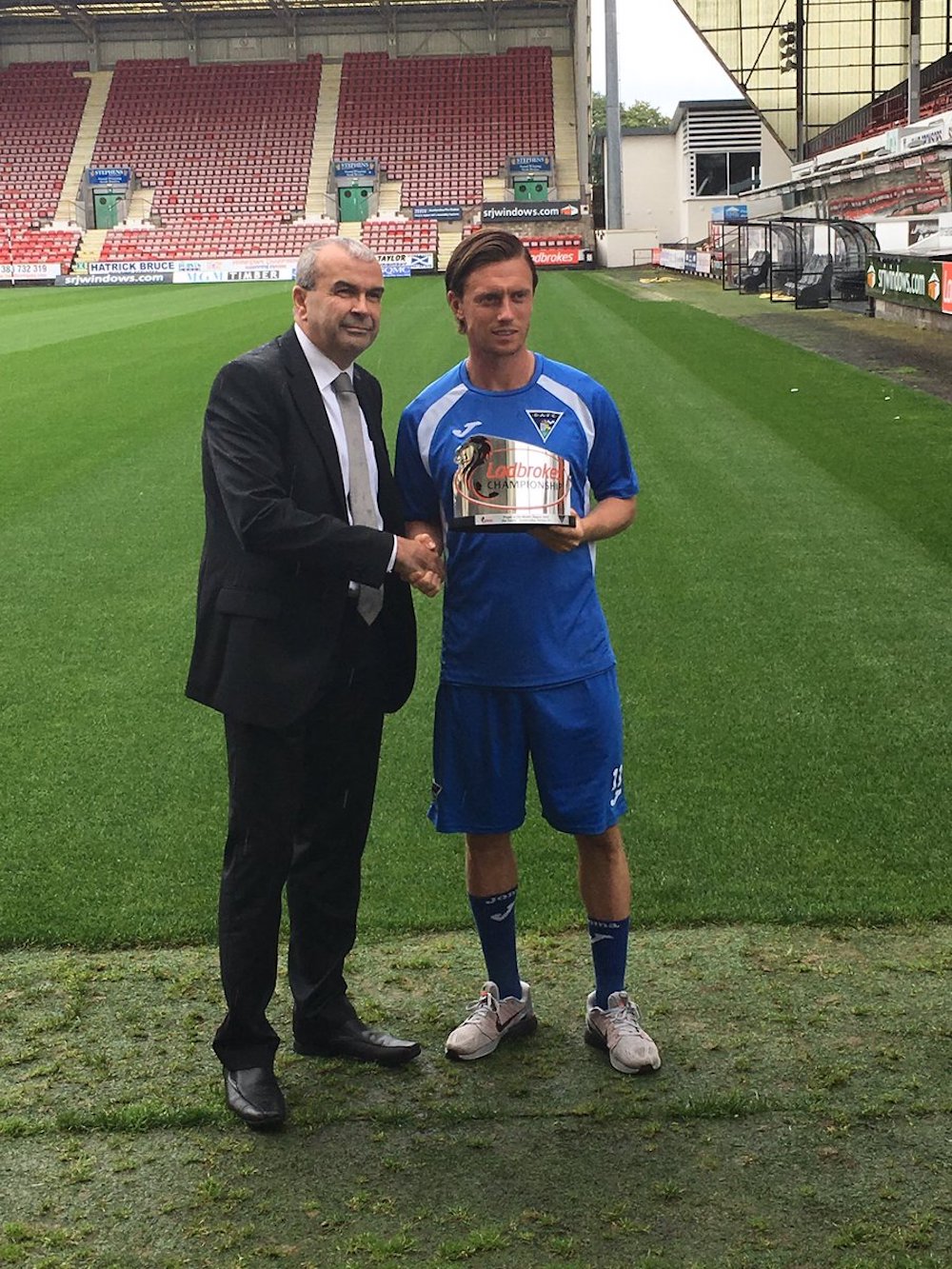 And the Fifers fans’ favourite, who had netted nine goals in his previous 11 games, admits he was floored by the news he has suffered a tear and faces being out of action until November.

He told @CCP_sport: “I’ve torn my hamstring, which I’m devastated about, obviously.

“I was just running and stretching for the ball and I felt it go. I’ve not had a scan but the physio seems to know exactly what it is.

“It’s the first time in my career I’ve ever done anything to my muscles like this and it’s a big blow.

“It’s never a good time to get any injury, but things were going so well and I had had a great start to the season. I was playing well and scoring goals, and the team was doing so well and winning.

“I’ve been told I’ll be out for up to six weeks and my aim now is just to get back fit as quickly as possible and get back into the team.

“As long as the team keeps winning, that is the main thing, but I’ll concentrate on my rehab and build up my hamstring again and hopefully get back quicker than expected.”