POLICE have been called in after a swastika was daubed on the memorial to a Royal Marine who died in Afghanistan.

Alec Lucas died in 2008, aged 24, trying to clear improvised explosive devices (IEDs) that were killing and maiming so many of his comrades.

The football club in his home town of Peebles, Scottish Borders, renamed their stand after him and put up a plaque in his honour.

But at the weekend a swastika was painted in a glue-like substance across the memorial.

Gerry Rossi, the chairman of Peebles Rovers, said it was the most outrageous in a series of attacks on the memorial, which is blaming on local vandals.

Gerry, 60, has reported the incident to police and is calling on them to install cameras to prevent further outrages.

He said: “This guy fought for our country and is our local hero.

“This is a step too far, it’s the lowest of the low. I don’t know where their heads are at. They’ve to to learn respect.”

“I think it could be policed better. If anything, the police could put a camera in. That would solve a lot of problems and it’s a simple thing.” 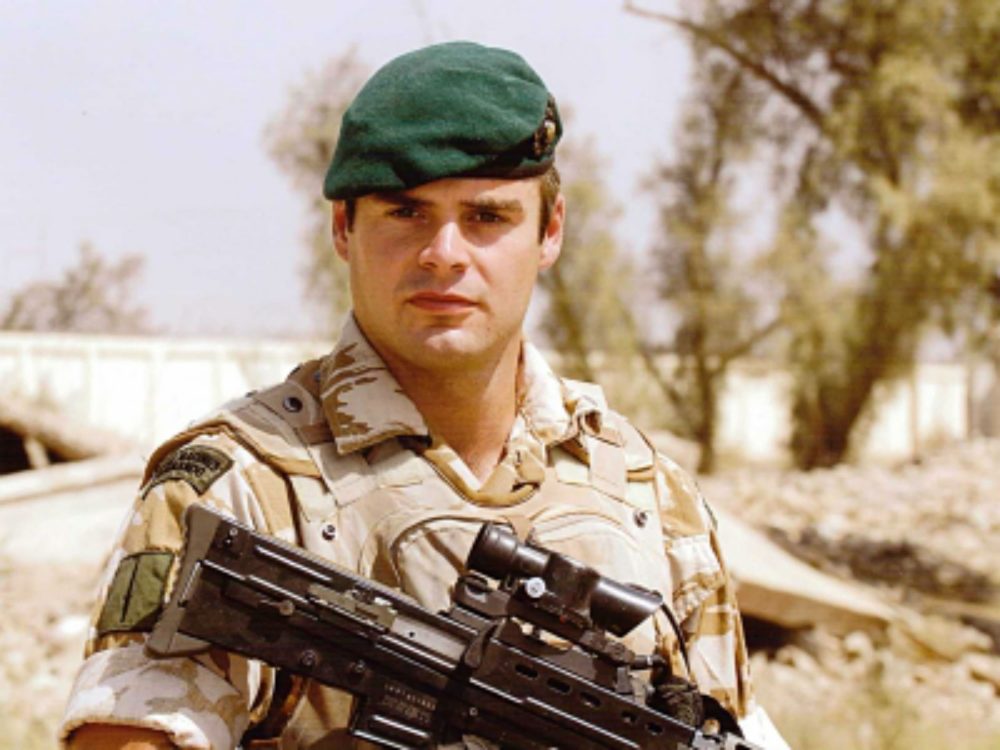 “The vandalism has been constant and it’s ridiculous but a swastika is a different level. It’s horrible.”

Alec captained Scotland’s under-18s football team against Wales in 2002 and 2003 and was in the 45 Commando team that won the coveted Navy Cup in 2008.

His family and friends, who do not wish to comment on the vandalism, set up the Alec Lucas Memorial Trust which has organised an annual football tournament and family day as well as other fundraising efforts.

To date over £130,000 has been raised for the local clubs and families of Royal Marines who have been killed or injured in action.

Alec had successfully completed his Assault Engineer specialisation course and was conducting an operation around Kajaki, alongside Afghan National Army troops, to clear IEDs when he was blown up and died soon afterwards.

“He was killed playing a vital part in an essential operation to clear an area of explosive devices in order to improve the safety of his company and the local people.”

Scot selling “used” Nazi-themed cleavers with swastikas on side