THE Lord Provost of Edinburgh has publicly shamed Scottish Water after workmen abandoned a £1m upgrade scheme at 4.40pm.

Cllr Frank Ross tweeted a picture of a huge stretch of fenced-off road in broad daylight but with no workers anywhere in sight.

The city’s first citizen demanded: “@scottish_water. Road closed for six months but at 16.40 on a Thursday no one working. Surely this could be speeded up.”

And Cllr Ross was not impressed by the firm’s attempt to explain the lack of progress. 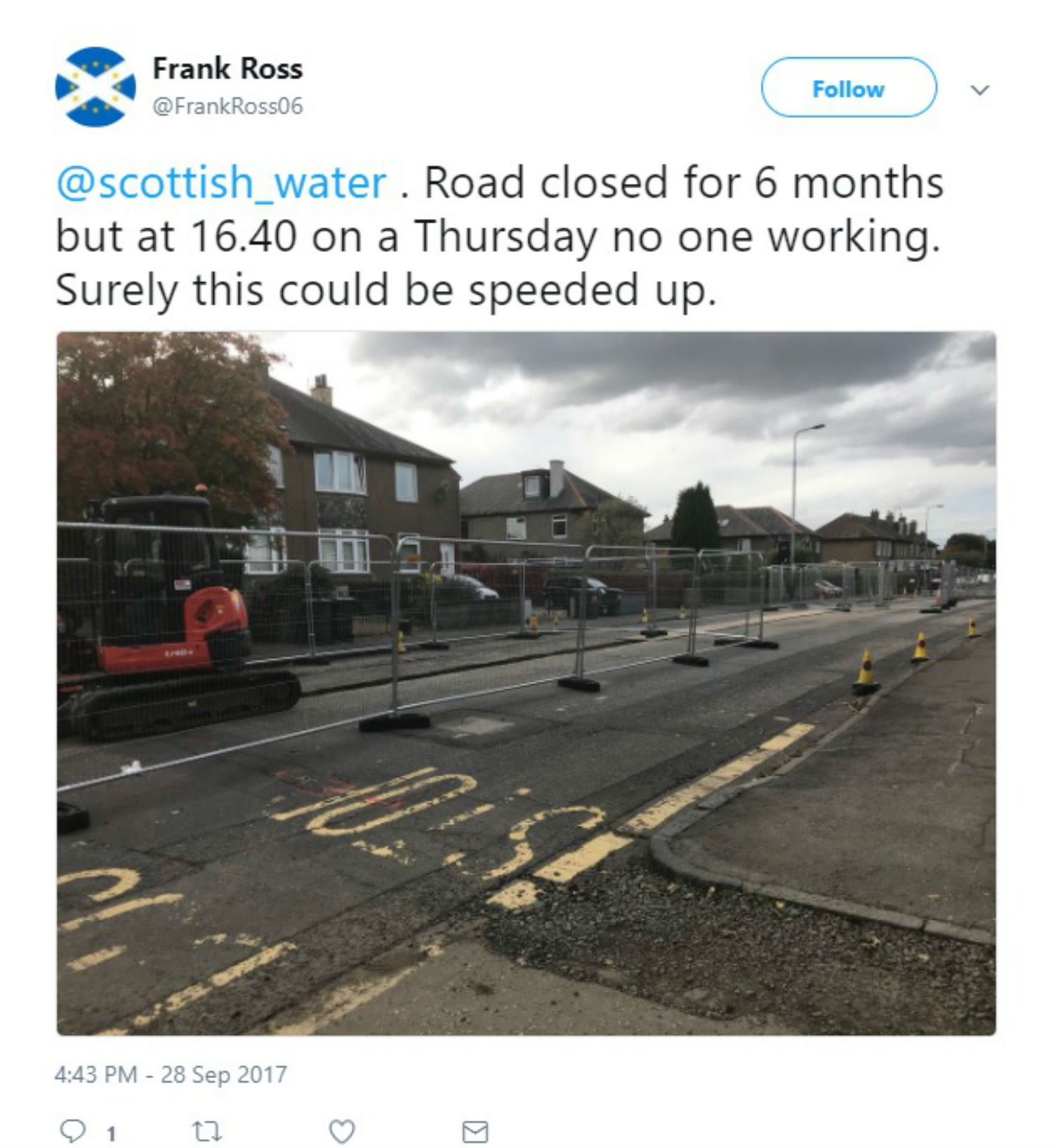 After Scottish Water tweeted a link to their website detailing the works, he hit back: “Straight from the corporate handbook.”

Another social media user, Simon Low, pitched in: “So that’s cleared that up then.”

Edinburgh Council faces regular criticism over the state of the city’s frequently gridlocked roads but Cllr Ross happens to live in the street affected by the Scottish water pipe replacement project.

Cllr Ross today (fri) told campaign website Scotland’s Worst Drivers: “Given the disruption to residents and business more use should be made of daylight hours to shorten the period of work.”

A member of staff at a restaurant on the street, Saughton Road North, said local businesses in the area were in uproar over absent workers.

She said: “The first day it was shut off. They did nothing on Tuesday, and then they put the fencing up on Wednesday, and now it has been abandoned too?

“Our owner is really annoyed about it, he went around all the local shops yesterday talking to people about it.”

A Scottish Water spokesman said: “These roadworks are part of a six month project, which started earlier this week with initial set up work on site.

“The work is to upgrade the water mains infrastructure in the Saughton Road area to continue to provide clear, fresh drinking water for our customers. .

“The current phase will take around four weeks to complete before the rolling programme moves on to another section of work further along the road.

“Scottish Water’s alliance partner Caledonia Water Alliance are carrying out the work on our behalf.

“Staff normally start on site around 7.30am and finish around 4.30pm to return to the site office.”

“Scottish Water apologises for any inconvenience and thanks affected customers and road users for their patience as these essential works take place.” 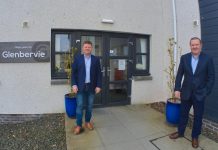 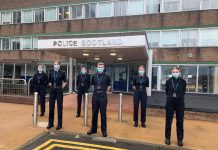