RYAN WILLIAMSON has confessed his Scotland under-21s call-up has vindicated his decision not to quit the game when back-to-back career-threatening injuries prompted him to seek out a sports psychologist.

And the full-back is desperate to celebrate what he hopes will be the ultimate high by helping Dunfermline stay top of the Championship with three points against Dundee United.

The 21-year-old has confessed he came close to giving up on his football dream when a dislocated kneecap in 2014 was followed by a horrific double leg-break soon after his comeback a year later. 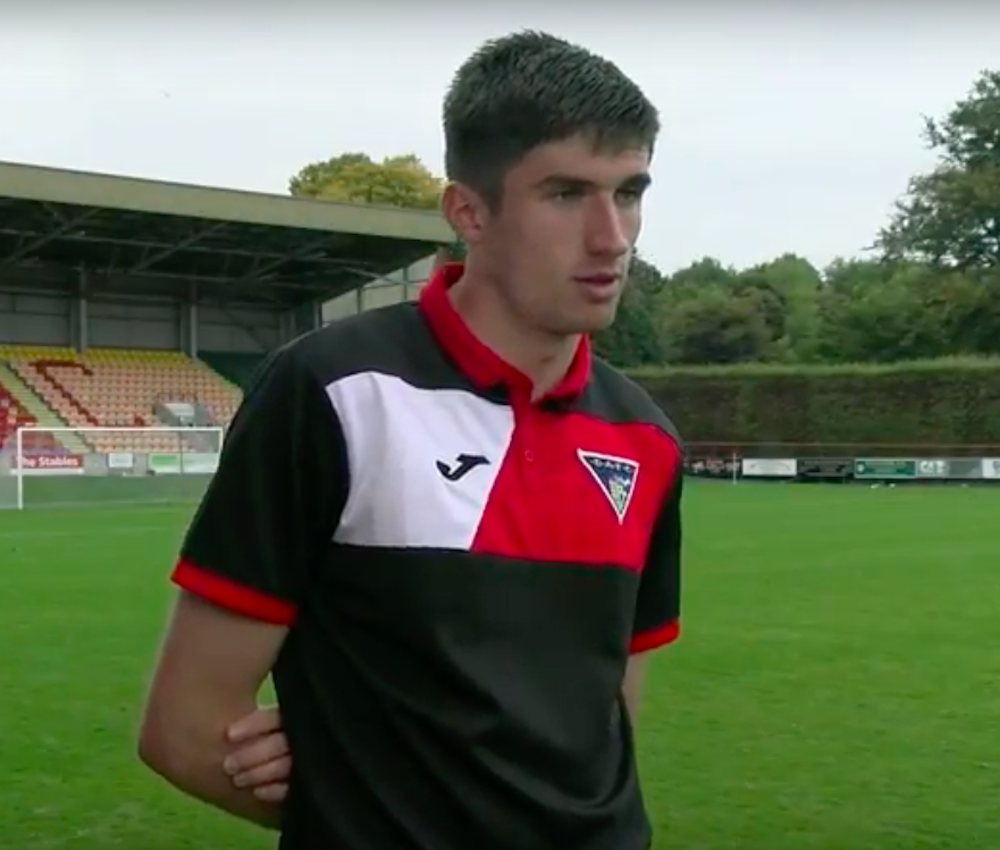 With his confidence sapped, the youngster’s form suffered and he admits he could not really enjoy the Pars’ League One title triumph to the full last year.

However, the right-back, son of former Dunfermline defender Andy Williamson, sought the advice of former Rangers midfielder Kevin Thomson, then with Hibs, and a sports psychologist, who convinced him to stick at it.

And Williamson, who was this week linked with interest from Derby County, is thrilled all his hard work – both physically and mentally – has paid off as he stars for the Fifers and eyes a first international cap against England on Friday.

He said: “I’m delighted with the call-up. It was a wee bit of a shock but I’m glad that my hard work and my good start to the season has been rewarded.

“The past couple of years have been hard, and definitely not gone the way I wanted them to.

“But when I get rewards like this, it makes all the hard work coming back from those injuries more than worth it.

“I’m not going to lie, there was a time after we won the league and we came back and I was struggling that I considered just chucking it altogether.

“It took so much out of me, mentally. Physically, I felt fine, but mentally I was finding it so hard to shake off and enjoy it again.

“As time has gone by I’ve got more and more confident and I can’t get a better confidence boost than this call-up.

“If I do get to pull that Scotland jersey on it will show that all that hard work has been more than worth it.

“It would be a great moment for me and my family and hopefully I do get to go out and show people what I can really do.”

Williamson reserves special praise for the Dunfermline management team and medical staff, as well as his team-mates, especially Kallum Higginbotham, his partner on the right side of the team.

It is a combination that has proved potent for the Pars, particularly at home and Williamson is keen to enjoy the perfect send-off into his internaional duty.

He added: “Three points would top off a very good week. We’ve been working hard in training and we know it’s going to be a very difficult game.

“Dundee United were the pre-season favourites, with the signings they’ve made and the money they’ve spent.

“But we know with the squad we’ve got and the boys we’ve got in that changing room that we’re more than capable of getting the three points and being right up there at the end of the season.”