Hearts manager Craig Levein has been handed a blow after learning that experienced defender Aaron Hughes could be sidelined for around four weeks with a calf problem.

The 37-year-old lasted seven minutes in the Tynecastle outfit’s 2-1 defeat at at Dundee on Saturday and had to pull out of Northern Ireland’s squad for the World Cup qualifiers with Germany and Norway after undergoing a scan.

National team manager Michael O’Neill admits Hughes, who has been restricted to four Premiership appearances for Hearts due to injury, faces a race against time to be ready for the play-off matches that will take place between November 9 and 14. 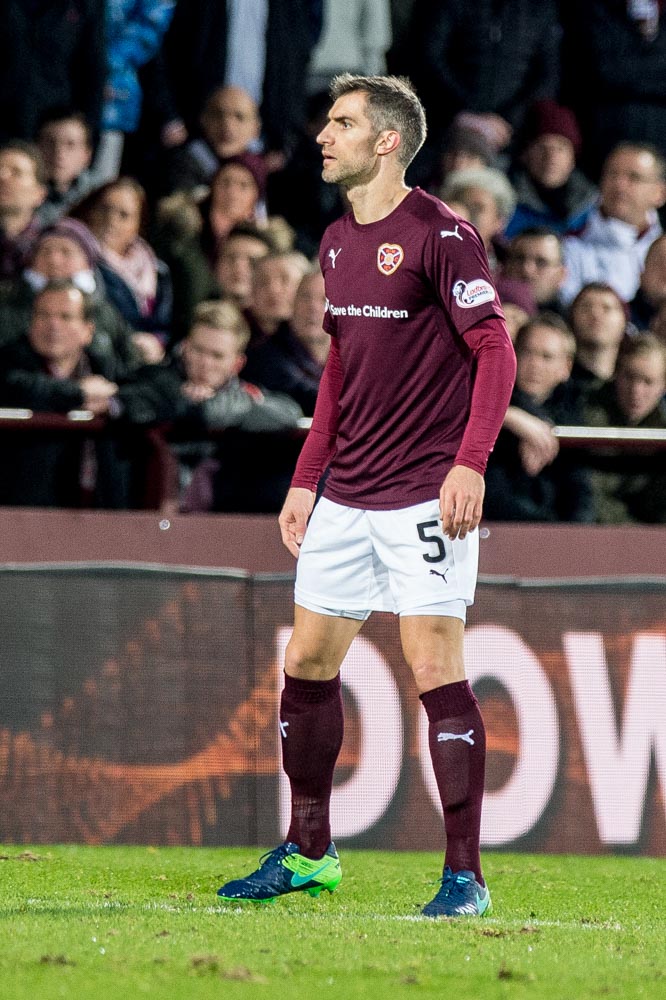 News of the severity of Hughes’ injury will also come as a blow to Hearts, with the former Newcastle United player now set to miss matches against St Johnstone, Hibs and Rangers.

O’Neill said: “We feared the worst to be honest. Aaron being Aaron, travelled as normal, most players in that scenario would just pull out.

“He had a scan on Monday and it showed something wasn’t right, it’s a big blow to us because we’re light in that department.

“It’s difficult to tell for the play-offs, I think you have to digest the whole scan when he goes back to his club.

“It’s not really our responsibility to get him fit, Hearts want him fit as well.

“He certainly would come into the doubtful category I would say. We’re hopeful that won’t be the case but it may well be within four weeks and he would probably be right on the edge if he was to make it.”