CHRIS CADDEN admits Stephen Robinson’s mobile ban hit him hard in the pocket – but the gifted midfielder reckons the boost to Motherwell’s fortunes has been priceless.

The Steelmen boss recently revealed that he had prohibited the use of phones at the club in a bid to foster team morale, which proved a challenge for a youngster firmly in the WhatsApp, Twitter and Instagram generation.

However, after haemorrhaging cash at the start of the scheme – with the fines put towards a swanky Christmas night out – Cadden is now firmly in favour and believes Motherwell’s fine start to the campaign, sitting in fifth spot in the Premiership and in the semi-final of the Betfred Cup is proof of a tight-knit unit. 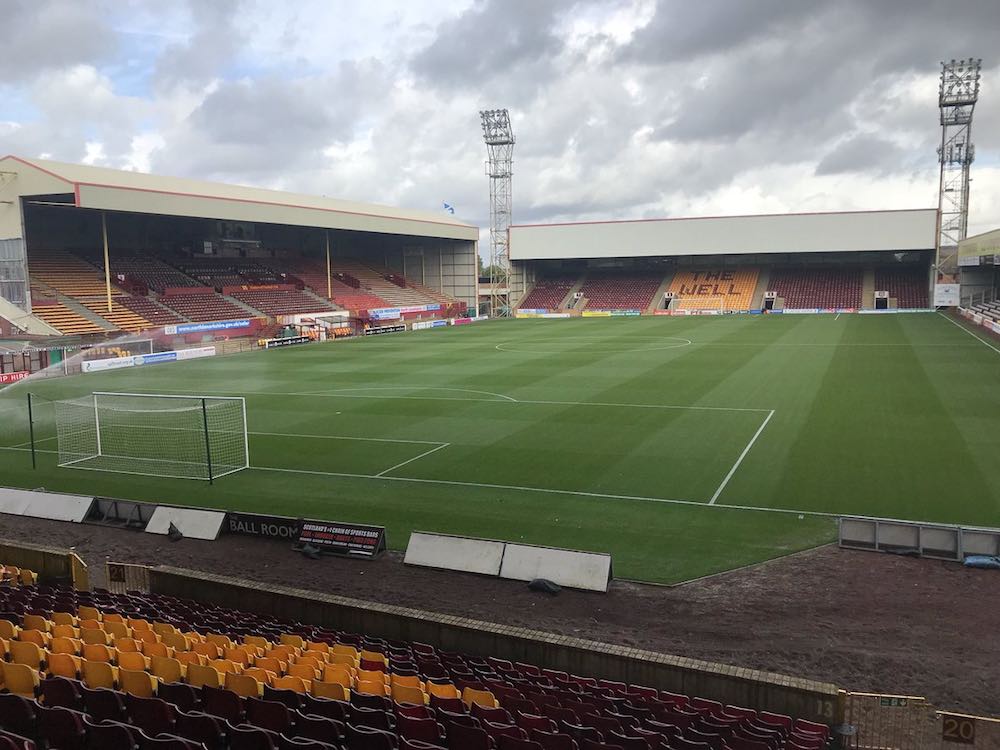 The 21-year-old laughed: “It was a nightmare for me! I hated it to start with – it’s a tenner fine if you get caught on your phone so I was like £40 down every week – I realised I just couldn’t afford it any more.

“No, it’s good because you can chat to the boys now, who have interesting things to say. You don’t check your phone until 3.30 p.m. and I just put it in my pocket and just don’t touch it. I used to try and sneak it out but the boys are on you quickly for it!

“I have missed the Whatsapp chat – when I switch on my phone I have about 100 unread messages! But it’s a good thing.

“Football is a game of inches, so just wee things like to build unity that can make all the difference. As you can see at Motherwell when we score, everyone is up and about celebrating. There’s a real good feeling about the place.

“Because I am from the area, when I speak to Motherwell fans they tell me it’s the best feeling around the club for years.”

Indeed, the contrast to last season, spent largely in a gruelling battle against relegation, is stark for Cadden and he is relishing the freedom afforded from challenging for silverware and at the right end of the division.

He continued: “There’s a lot less fear factor now. There’s not so much ‘oh no, what if we lose?’ about it now. I think with the squad we have at Motherwell, we should be up in the top six – certainly nowhere near relegation.

“Think the gaffer and the recruitment staff have done brilliantly. They have brought in some good players. The ones who have come in have adapted to the squad like they have been there for years and it’s a tight group.

“We have a great work ethic too. We look at the stats after the game and we have ran a lot more than we did last season. The gaffer has us drilled into a formation. Everyone knows what they are doing and what their job is.”

As he continues to go from strength to strength as the poster-boy for a young, determined ‘Well side, Cadden will turn his attention to starring on the international scene as Scotland’s under-21 side face the Auld Enemy England in a mouth-watering Euro 2019 qualifier.

Fresh from last month’s sensational 2-0 win over Holland, and faced with a prestigious squad assembled by Aidy Boothroyd, the enthusiasm ahead of the clash at the Riverside is palpable.

Cadden smiled: “I had a look at their squad and it’s a star-studded lineup. I’m just looking forward to matching myself up against these types of players – Premier League players – and seeing how good they are.

“You’ve got Dominic Solanke who just went to Liverpool for £10 million, on my side there’s Ben Chilwell from Leicester, so I’ve been looking at videos of him.

“But we won’t be in awe because it’s 11 versus 11. The game isn’t played on paper, it’s played on the grass and we’ll go out full of confidence after a 2-0 win over Holland.”