A KIND-hearted clubber has gone viral after she saved the night of a fellow reveller – by giving him her pyjama top.

Claire Anderson saw a completely shirtless man being refused entry to a Glasgow nightspot by bouncers.

The 32-year-old just happened to have a silky pyjamas from Primark in her bag and donated the top to the man.

He happily donned the very feminine garment and was given immediate entry to the club. A hilarious selfie shows the pair shortly afterwards enjoying the InfeXious gig at the Classic Grand.

Claire’s generosity has earned her praise and admiration from clubbers online as well as over 4,500 likes.

Claire Anderson, from Rutherglen, South Lanarkshire, wrote on social media that Friday night had been a bit of a blur but “one of the few clear memories I have is of…a boy…getting papped out for not having a T-shirt on”.

She added: “So, I went into my bag, gave him my jammy top, and saved him from being papped out. Seen him hours later and he was still cutting about wearing it,,, amazing!”

Claire said today: “I think he had taken it off being drunk, it gets very hot during a rave, and lost it.

“I didn’t get it back, I don’t think I’d have wanted it back anyway.”

Claire added that she usually comes prepared for a weekend of partying. She said: “I had them with me because I never go home after a rave.. always an after party which tends to last for a few days.

“I was just being prepared and they were only primark jammies.” 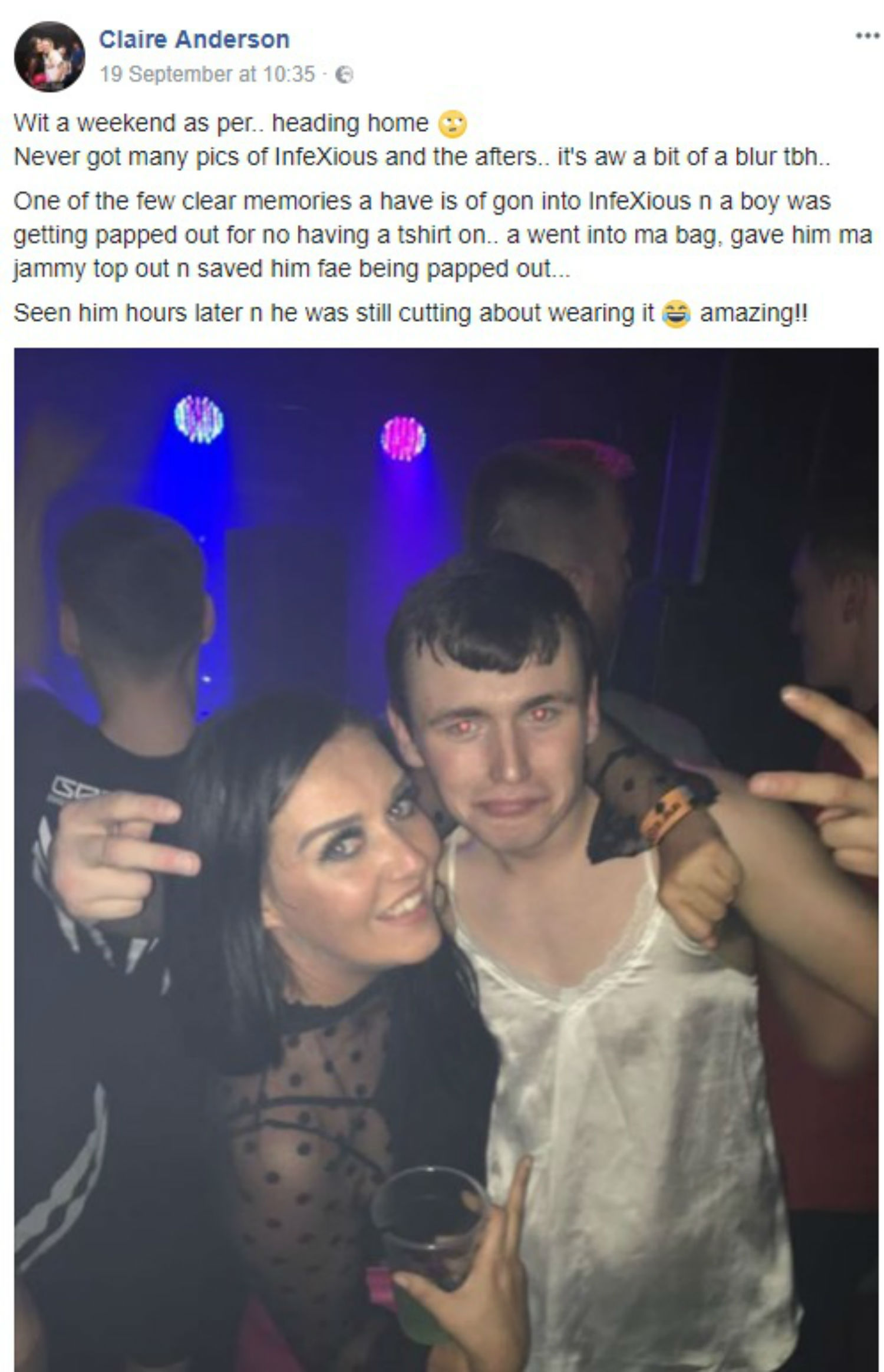 Connor McGarrigle commented under the viral post, identifying himself as the man in the picture. He said: “ I am punting this top on ebay.”

Stephen Walls commented on social media: “She is the biggest legend going that’s what the raves are all about.”

Thomas Murphy said: “Ravers always watch each other’s back. On yourself.”