TWO YEARS ago Jimmy Nicholl was washing dirty socks as Cowdenbeath crashed into League One.

Next summer, he could be standing in the dugout in Russia as Northern Ireland take part in their first World Cup since 1982.

No wonder the veteran coach feels like pinching himself. 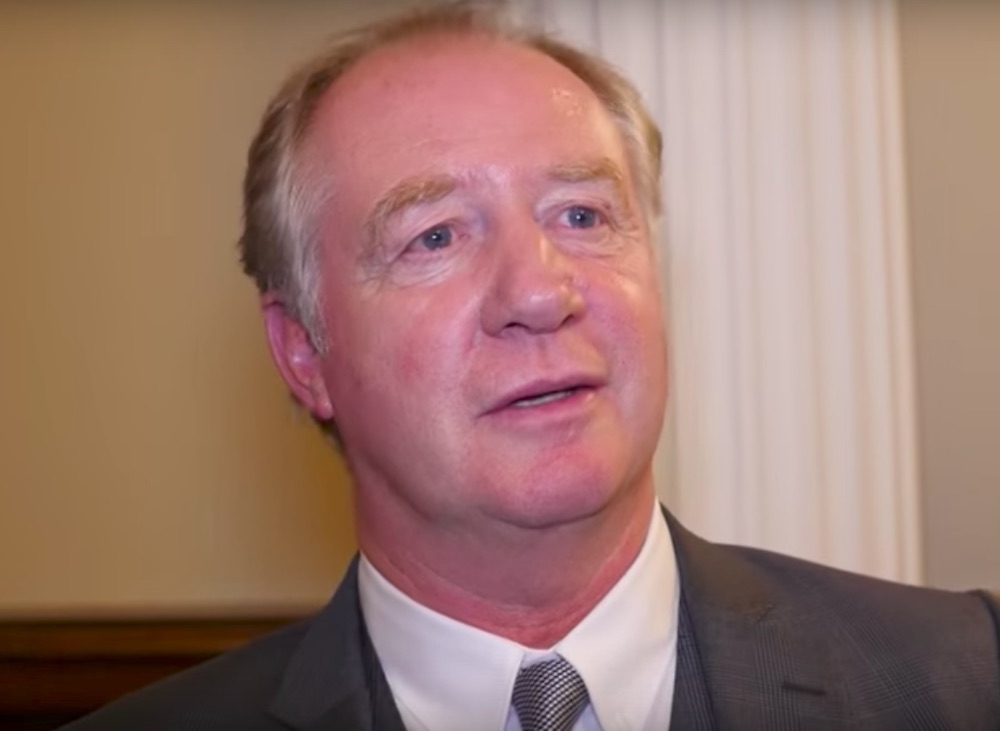 Nicholl, who is assistant manager to Michael O’Neill at international level, was in a positive mood yesterday despite being paired with Switzerland in the qualification playoffs.

At 61, he has been around long enough to have a sense of perspective and can reflect on a remarkable journey as a nation and personally, after leaving Central Park in May 2015.

He smiled: “I’m the luckiest man in the world. One minute you are putting on a wash at Cowdenbeath, then the next minute you are going to the Euros! That’s what happens in football.

“I was fortunate that Michael [O’Neill] called me and gave me this chance, because they were riding high – top of their group – and very seldom do you get that sort of opportunity when things are going well.

“Now we are going onto that next stage, which is hopefully taking Northern Ireland to a World Cup.

“Of course it’s not going to be easy, but it will be raucous in Belfast and, if we produce what we know we can, then hopefully we’ll go to Switzerland with something to defend.”

Despite enjoying unadulterated success with Northern Ireland – including reaching the last-16 of Euro 2016 – and initially relishing the chance to spend more time with his family, Nicholl admits club coaching was an itch he was desperate to scratch.

He has been afforded that opportunity by new Falkirk boss Paul Hartley, who yesterday named Nicholl as his number two.

Nicholl continued: “I enjoyed the wee break after Cowdenbeath. I was just doing my international stuff during the week, watching the seven or eight players based in Scotland.

“Wherever I was, I would go and watch our players in that region, and that was the arrangement.

“I was able to spend time with my grandson, Nicholas, and my three daughters. However, every time I was away with Northern Ireland I would think about the other coaches – the lads with day-to-day full-time stuff. It ate away at me.

Nicholl has joked that his new gig is a cruel reminder of the passing of time, recalling how he took a 19-year-old Hartley to Millwall for what proved to be an ill-fated 1996/97 campaign in London.

He laughed: “It annoys me to think about that – because the time has flown by and I’ve not aged too well!

“I still remember Paul sitting at the airport with his mum and sister, going down to the bright lights of London. It was difficult enough for me – so was a hard year and the players, but it all toughens you up.”

Two decades on, he has no doubt that fresh-faced winger is destined to be a top boss.

He added: “The one thing Paul has? Determination. You can here it when he talks. ‘This is what I want’, ‘this is what we’ll do’. When someone talks like that, that filters to the players. He has that drive to do well, he puts demands on players and he wants to be a successful manager. He has taken a couple of kicks but has come back.”

JIMMY NICHOLL reckons Michael O’Neill is destined for a return to club management – despite speculation linking the Northern Ireland boss with the Scotland vacancy.

O’Neill, who was in Zurich yesterday to see his side paired with Switzerland in the World Cup qualification playoffs, is among the favourites to succeed Gordon Strachan after working wonders across the water.

The 48-year-old still lives in Edinburgh following stints as a player with Hibernian and Dundee United, while his assistants Nicholl and Austin MacPhee, both ply their trade in Scotland.

However, Nicholl – yesterday unveiled as Falkirk’s new assistant manager – believes a top club job is more likely to test the resolve of the highly-rated coach.

Moreover, he has suggested it could happen before the World Cup.

That would be a dilemma he recalls well, having been on the books of Manchester United when Tommy Docherty left Scotland for Old Trafford in 1972.

Nicholl said: “Let’s say Michael gets through the playoffs and he is taking Northern Ireland to a World Cup next year, then a big club comes in. It happened to Tommy Docherty years ago. I was at Manchester United at the time, so I remember it well.

“That could be Michael’s next big decision, particularly if we get past Switzerland and his stock is sky-high. That could be something pulling away at his heart-strings.”

Nicholl, however, can understand why O’Neill is drawing admiring glances, having taken Ireland to the last-16 of Euro 2016 and to within 180 minutes of their first World Cup since 1982.

He added: “When you see how he works, the response he gets from the players and talking to individuals, and collectively, then you can see why he is so highly thought of.

“The ‘secret’ is the players respecting the manager, what he asks them to do and then doing that. You see the training, the preparation and the work that goes into qualification games, it speaks for itself. He has got the best out of his resources.”